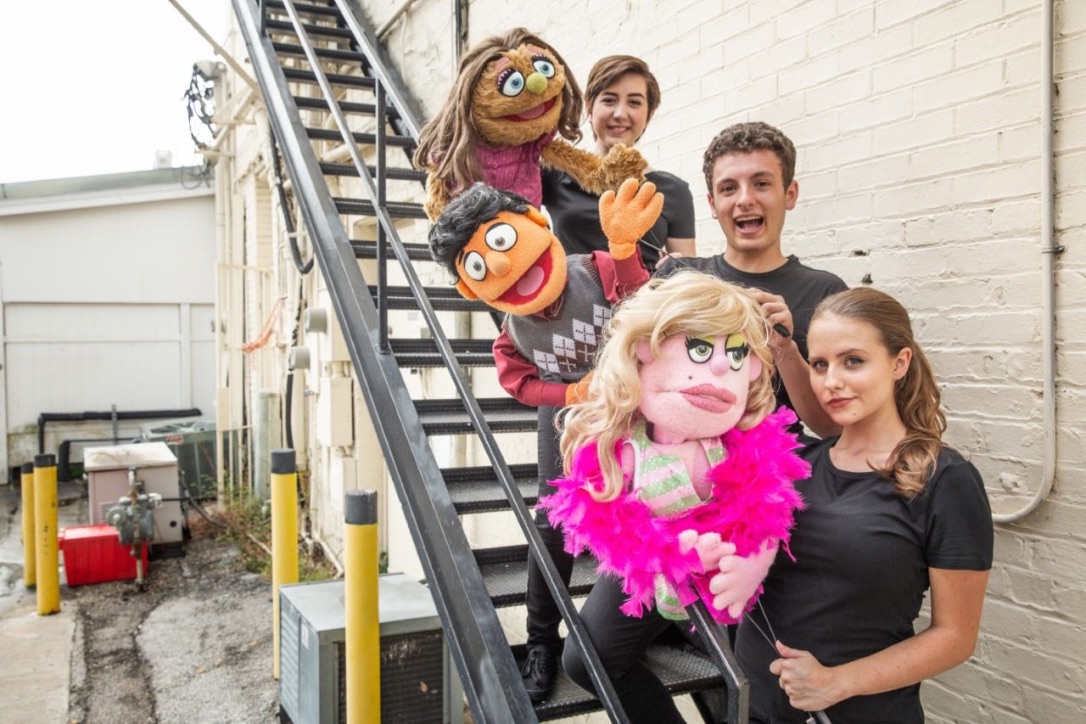 The Annie Russell Theater’s “Avenue Q” opened with a bang as the powerhouse cast and crew synergistically came together to put on a hilarious and heartfelt satire.

With the arrival of recent college grad Princeton, played by Colin Flaumenhaft ‘22, Avenue Q and its motley crew of residents struggle to get along and fulfill their purposes. The show directly confronts and deconstructs sensitive issues like racism, unemployment, homelessness, and sexuality with humor and puppets. It opens up conversations about these subjects without the heaviness associated with them.

The cast’s chemistry is a stand-out factor. Numbers like “If You Were Gay,” “You Can Be as Loud as the Hell You Want,” and “The More You Ruv Someone” show off how well this cast works together. Pairs such as Kate, played by Analise Cutter ‘22, and Princeton, as well as Rod, played by Chase Walker ‘20, and Nicky, by Andrew Stewart ‘21, radiate energy in their songs and fully develop their storylines and characters.

Cast members also shine individually. Each character has at least one moment to themselves that they take full advantage of. Kristen Edwards (‘21) as Lucy the Slut, for example, embraces her character’s extreme personality with strong, sultry vocals in her solo “Special.” Cutter also displays incredible vocal control and skill in “There’s a Fine, Fine Line,” which highlights the most emotionally vulnerable part of the show.

To address the Snuffaluffagus in the room, the puppet-wielding actors all learned puppeteering skills in their limited rehearsal time. Onstage, everyone puppeteered effortlessly; throughout the whole show, not a single actor showed fatigue from holding their puppets up for hours on end.

The actors’ cheery character voices were consistent as well. Evan Munger (‘22) as Trekkie holds his growly monster voice without faltering, and he projects and sings in a challenging voice with complete confidence.

What makes this show stand out is the professionalism among the cast. They were all able to master new skills, like puppeteering, on top of the performance cocktail that is musical theatre. Any moments when performances fell flat were remedied by the blended harmonies and seamless choreography by Parker King (‘20).

While the actors’ professionalism is their own achievement, directors Timothy Williams (‘20) and Annabelle Cutino (‘20) deserve a share of that credit for instructing the cast, emphasizing little moments, and creating an environment where the cast can shine.

“Avenue Q” has a Tony Award-winning script and score, but what brings soul into any show is the cast and crew that make it possible. The pure spirit of collaboration and the characters in the story make the show vibrantly irresistible.

If you haven’t already, go see “Avenue Q.” After all, their run is only “For Now.”