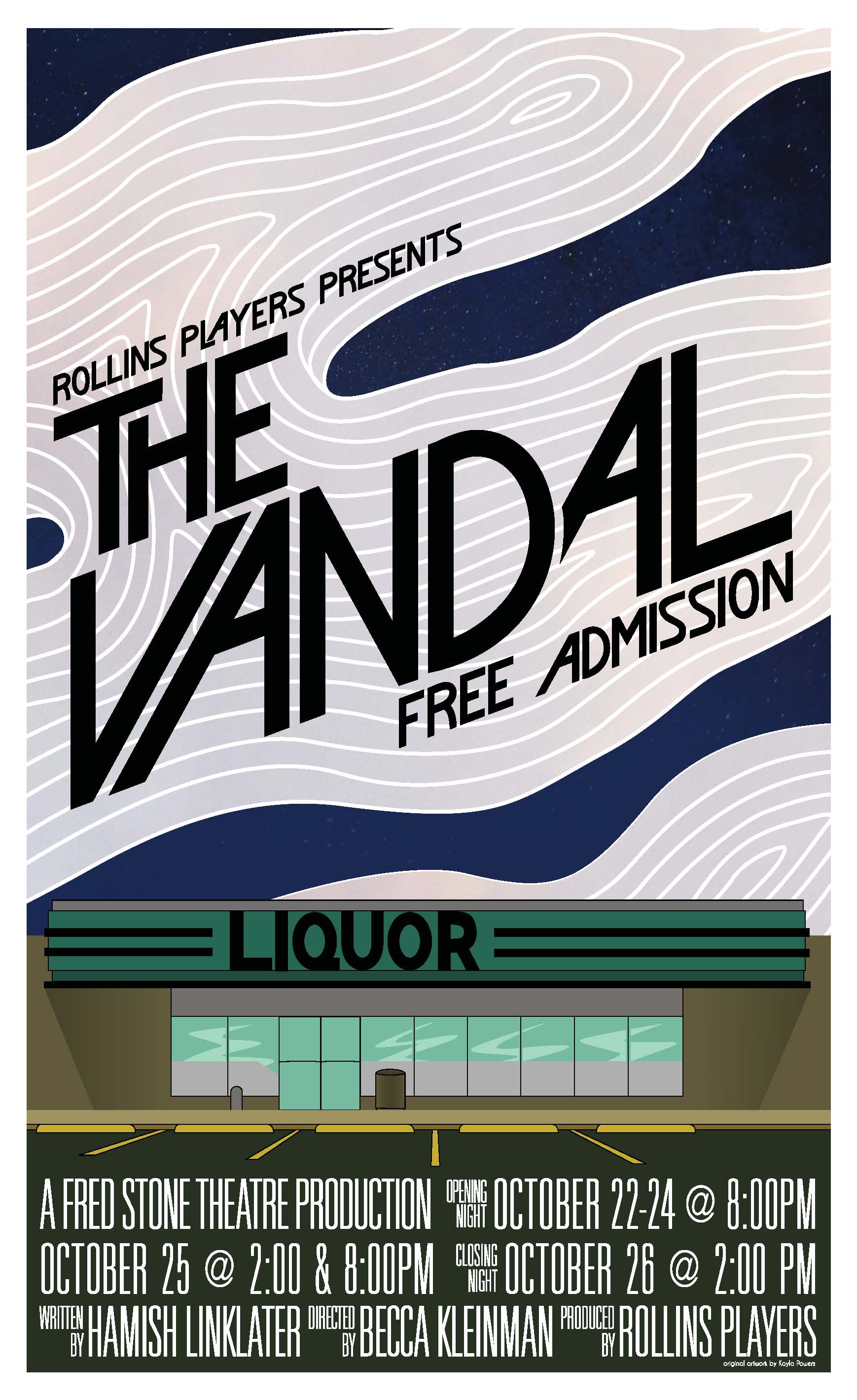 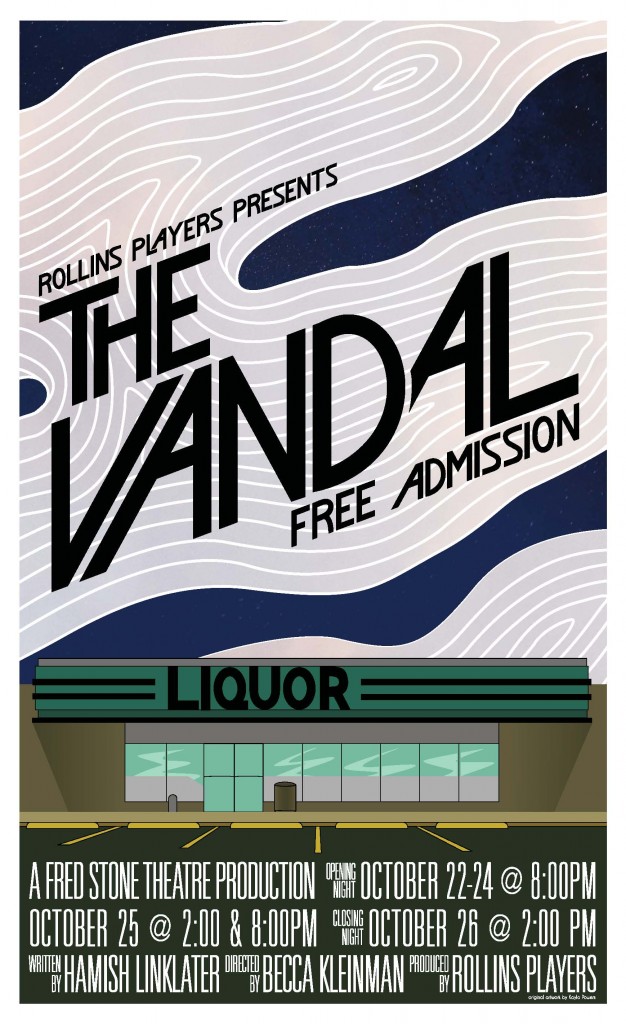 The Vandal explores how individuals behave in the bleak aftermath of a loved one’s death. Each character has lost someone—whether it be mother, a friend, a wife, or a husband. The show pays homage to the fifteenth century morality play Everyman in the sense that the characters are simply referred to in the script as the Woman (Ana Suarez ’16), the Boy (Jake Teixeira ’15), and the Man (Alexios Venieris ’16). The namelessness is an overt clue that the characters are intended to be interchangeable with the viewer. All members of the human race have experienced the passing of a loved one at some point, each one reacting in slightly unique ways, dispelling the notion of universal stages of grief. What is universal, though, is that it is easier to handle the despair following death with a companion to lean on, or even just talk to.

The characters of The Vandal convey this perfectly. The Woman and the Man are both withdrawn and bitter characters in stark contrast with the Boy’s loquacious, ever-pondering persona. Good exists in both of the adults, but the walls they have set up require much coaxing in order to fall away. For the Woman, it takes the Boy comparing her to a sexy aunt and a once depressed AP French teacher for her to finally crack a smile and journey to the liquor store on his behalf. For the Man, it takes the Woman admitting her pain and questionable acts of last resort in order for him to peacefully let her leave his store with her alcohol purchases. In either case, death acts as its own sort of vandal, branding a permanent mark on each passerby it touches. Others surrounding the afflicted can tell, and the overcoming pain sets them apart in an obvious and tragic manner. In the words of Kleinman ’15, “Death kind of vandalizes your soul.” The characters of this Fred Stone production convey this in a way that is both beautiful and heartbreaking.

Kleinman ’15 not only spoke with me about the metaphorical nature of vandalism within the play, but also about the process that took place from conception to opening night. At the end of last year, she had to submit a plea of sorts to direct The Vandal; to her surprise Theatre Professor Thomas Ouellette approved her request. Student-directed full-length plays are usually granted to Theatre Majors with an emphasis in directing, but Kleinman ’15 has her emphasis in technical theater. She had previously participated in various roles of the stage, but never directing. She finally took Directing I for her major in the spring of 2014 and confessed that she was disappointed she had not taken it sooner. Directing was slightly intimidating for her at the outset, but everything quickly “snowballed” from there. She soon found that she was sort of good at directing, and it was actually fun. “I had a gut feeling that I had to do this my senior year or I would regret it,” said Kleinman ’15.

She has loved directing The Vandal every step of the way, her favorite part being watching the actors have “brain blast moments” with connecting the text to the stage. Finding the right way to guide each actor to successfully create the character was the most time consuming, but also the most rewarding. The dark and straightforward humor definitely called out to Kleinman ’15 when she first read the play, and she feels that the message of just needing someone to listen is important to bring to the Rollins community. Students need to know that even though it is hard to ask for help, it is still okay; human companionship is what gets us through the rough patches.

Technical Theatre Emphasis Kleinman ’15’s “crackpot” team of toilet-humor-heavy cast and crew are anything but specialists—her stars being English, Philosophy, and Economy majors—yet that does not in any way detract from the talent and genuine connections seen on stage. In fact, the melting pot of backgrounds epitomizes what Rollins’ liberal arts programs are all about: getting ourselves out there, experiencing everything the world has to offer, and becoming our own sort of renaissance men. The Vandal opened on Oct. 22 and continues from Oct. 23 through Oct. 25 at 8 p.m. with additional showings on Oct. 25 and 26 at 2 p.m., so do not miss out on witnessing such an intimate and human experience.