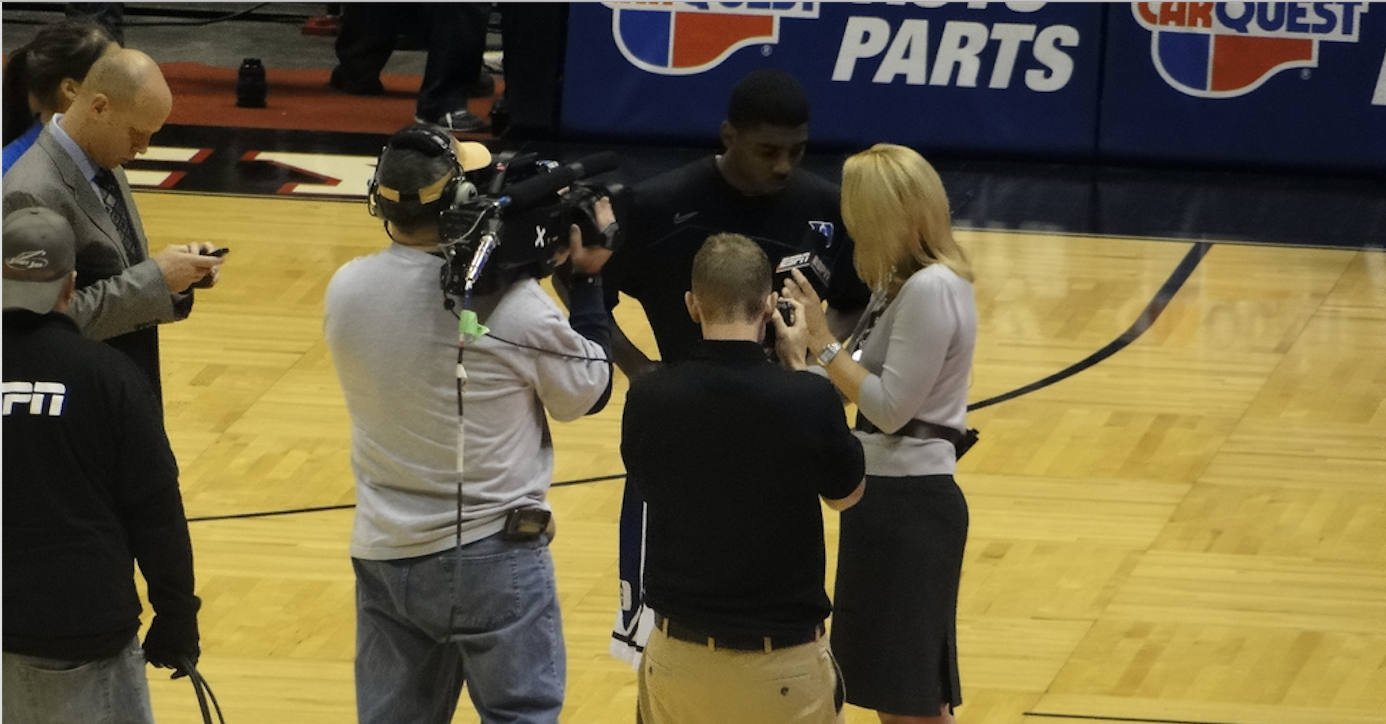 This week is set to go down in the holy book of Sports History. Doris Burke has been named the first female game analyst in NBA history.

She will be the first woman to be on the full season rotation of analysts for nationally televised games. Burke previously covered the WNBA and has been ESPN’s go-to expert for sideline reporting during the NBA playoffs. Burke will thus continue to do the job she has been doing for years. The only difference is that ESPN has decided to recognize her with a promotion that gives her bigtime prominence. Burke is well-known in the basketball world, and she has been an NBA fan favorite for years. She has covered basketball for ESPN since 1991. So why is it that ESPN has waited until now to announce Burke’s overdue promotion to the full season?

If anyone lives by the motto “ball is life,” it would be Doris Burke. Playing basketball from a young age, Burke started to get attention for her skill at the point guard position in high school. She was recruited to come play for the Providence College Friars, where she studied health services and education. She graduated with two degrees, an all-time record in assists, and was awarded the college’s Female Athlete of the Year award in 1987. She began her career in broadcasting by covering her former team’s games at Providence. After falling in love with the booth, Burke continued covering Providence games until the New England Sports Network hired her to cover women’s  basketball games for the Atlantic-10 and Big East conferences. Her career took a big step up after being hired by ESPN. She would go on to cover men and women’s collegiate basketball games, becoming known as the voice of the New York Liberty professional women’s basketball team, and was the first female color analyst for New York Knicks and Big East men’s games. In 2009, ESPN began giving her specific NBA regular season games to cover. ESPN also made her the sideline reporter for the NBA playoffs and the NBA Finals on ABC. This decision led to Burke becoming a nationally-recognized voice in basketball. In 2010, 2K Sport’s hired Burke to do voiceovers for their popular video game, NBA 2K11.

Each year since 2009, Burke has been carving her name into the plaque of the all-time greatest NBA voices and analysts. She has become a favorite of everyone from kids who hear her while playing video games to NBA fans across the country. Celebrities sitting courtside are even showing Burke some love. This past season, Drake made headlines after wearing a shirt with Burke’s face on it that read, “woman crush everyday” while attending a nationally-televised Toronto Raptors game.

While the Doris Burke hype has been growing for years now, ESPN had been reluctant to give her the big break she has long deserved. Burke has made monumental accomplishments that illustrate her talent and passion throughout her career. Her extensive resume shows how hard and long it took for a woman in the sports media industry to make it to the top. ESPN has been acquainted with Burke since 1991, but it took them until the 2018 NBA season to give her the credit that she deserves. The sad, yet empowering, truth of the matter is that while many male sports execs would prefer to keep the women on the sidelines, Burke’s talent finally forced the hand of somebody at ESPN.