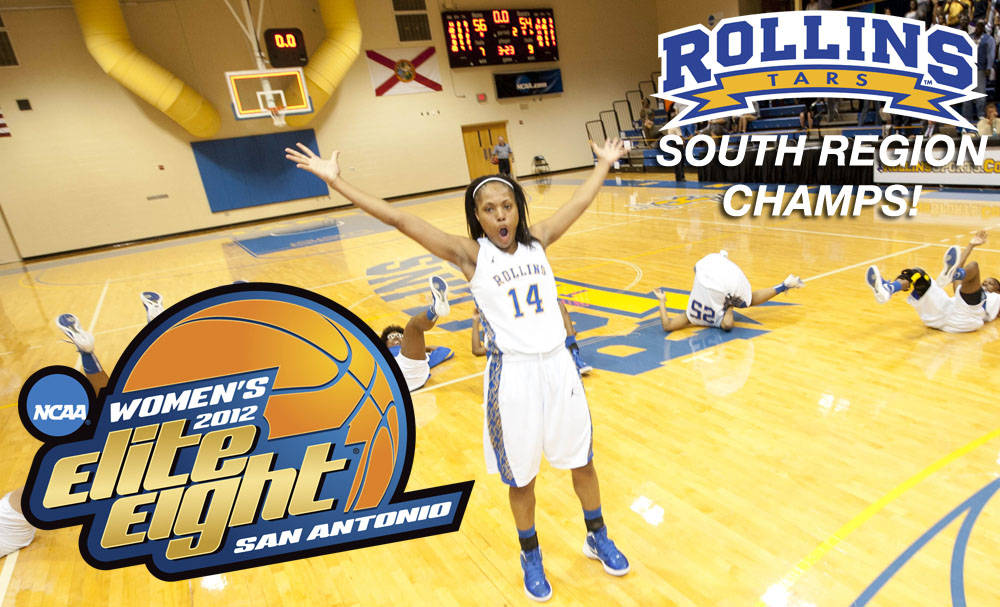 Tars Take the South by Storm

For the first time in program history, the Rollins women’s basketball team has reached the elusive Elite Eight in the NCAA Division II Tournament. The Tars came into the tournament as the region’s number one seed and have made their way to the Elite Eight by defeating University of West Alabama, Delta State, and Valdosta State.

In their last game on March 12 against Valdosta State the Tars had an impressive showing. Attendance at the Warden Arena was 1,200 and the atmosphere was unlike any other game seen this season. The physicality between both teams was seemingly encouraged by the tournament atmosphere. Coming off a 21-point game against Delta State, Ashley Jones ‘14 struggled in the first half scoring zero points. Guard Kourtnie Berry ‘12 led the Tars at the half with 10 points. However with 1:43 left in the fourth quarter the Tars led 56-53. The final stretch was led by Jones and Paris Moore ‘12 who both finished the game with 10 points. The Tars ended a very close game winning 56-54 after the Blazers failed to score a crucial last second fade away shot to tie the game.

Upcoming opponent Lander University is a fourth seed and comes into this matchup with a 24-7 record. In Lander’s last game the Bearcats defeated Wingate University in double-overtime. The Bearcats also upset the Southeast region’s number one seed South Carolina Aiken who only had 3 losses in the season prior to that game.

The Tars currently have a 27-5 record and have in their arsenal Moore, who won Most Outstanding Player of the South Region Tournament, and Mississippi State transfer Jones, the Newcomer of the Year. The Tars have a veteran starting lineup and are looking at solid depth off the bench from Berry. The Tars play Lander on March 20 at 9:30 p.m. E.T. in San Antonio, and a win against Lander would propel them to the Final Four against the winner of the Shaw and Pittsburgh State matchup.

Follow the Tars 2012 tournament run via the Elite Eight site on rollinssports.com.