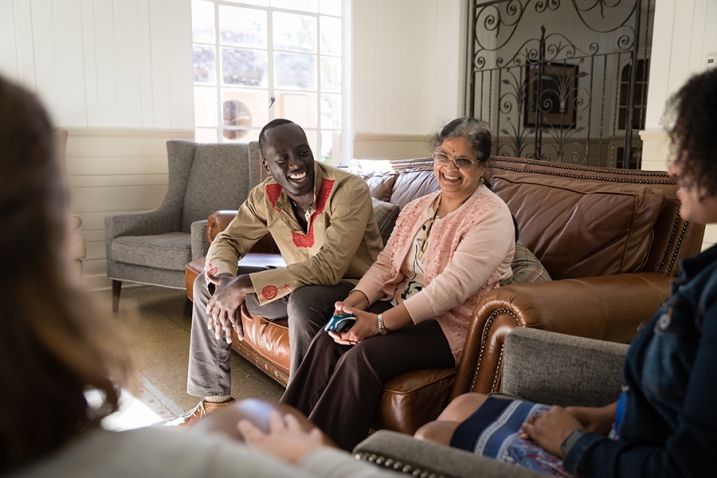 Administration re-envisions the department of external and competitive scholarships amid Dr. Jay’s departure

By Zoe Pearson and Madison Bailey

The founding director of the Department of External and Competitive Scholarship, Dr. Jayashree Shivamoggi, has left her position after 15 years. She made her exit due to the lack of increase in the department’s budget.

Shivamoggi, known affectionately by students as Dr. Jay, started her work at Rollins in 2003, when the department was just getting its start. Before its establishment, students had to work within their departments to discover opportunities for scholarships outside the college.

“There was no scholarship office in 2003; I was the founding director. We created a centralized place where we can track all scholarships and applications,” she said.

The department was a hidden gem on campus for many years, slowly gaining traffic as word spread of its uncanny ability to help students realize their potential and procure prestigious awards. In 2009, under Shivamoggi’s leadership, the department became a top producer of Fulbright recipients. Fulbright is an educational exchange scholarship awarded by the U.S. government, designed to give students the opportunity to learn and teach in foreign countries.

With increased exposure on campus came a larger workload for the office’s small staff. Shivamoggi tried to make a case for increasing the department’s budget as the workload grew, but she did not receive an increase of funding.

“There were no budget cuts, but the budget never changed as demand grew,” said Shivamoggi.

According to the Associate Vice President for Finance and Assistant Treasurer Bill Short, the department’s budget was less than $20,000. For years, Shivamoggi found creative ways to generate money for her department, saving money to hire graduate assistants to aid students’ application processes, but her savings only went so far.

“For two years, enrollment funded a graduate student in the office. When their budget could no longer sustain that investment, the Provost’s office picked up the support with discretionary funds,” said Short and Provost Susan Singer in a joint statement.

They added, “The largest portion of the budget is for salary and benefits. There are also lines in the budget for travel, professional development, modest funds for food for student gatherings, printing, and other operational needs. Additional travel funds for finalists have been provided on an as-needed basis through the Provost’s discretionary funds.”

After years of asking for more resources for the department, Shivamoggi left her position at the college.

“I feel bad, the timing looks really bad, but the decision to leave happened two years ago,” she said. “It was always ‘one more batch of Fulbright applications, I can’t leave the students yet.’ I stayed until the applications for that round were over.”

Shivamoggi has gone on to establish her own consulting company, and she has created a website through which she plans to launch this new phase of her career. She hopes to continue working with Rollins students.

“When my daughter went to college, people told me to be wary of the empty nest syndrome. I have way too many children at Rollins, and I’ll never have an empty nest,” she said.

Currently, Dr. Gabriel Barreneche, associate dean of advising, is taking on the responsibility of acting as director of the department.

“I am not teaching this semester, which frees up time for me to focus on Dr. Jay’s portfolio. Our office is still exploring hiring a temporary staff member to assist me in this endeavor,” said Barreneche.

A search committee, headed by Singer, will begin the process of hiring a new director for the department, and in the meantime, the department’s vision is being reevaluated.

“Dean Barrenche is convening a series of focus groups this semester where students, faculty, and staff will create a future-oriented vision for the office and ways we can maximize collaborations with other offices including Career and Life Planning and Global Initiatives,” said Short and Singer.

“We are taking the opportunity to seek feedback from students, staff, and faculty who are stakeholders in the office’s future. It could look very similar to what we have now, or go in a different direction,” said Barreneche.

The Department of External and Competitive Scholarship welcomes any new ideas and perspectives. There will be a meeting on Feb. 15 at 4 p.m. to discuss the future of the department. Students can join the meeting via Webex.