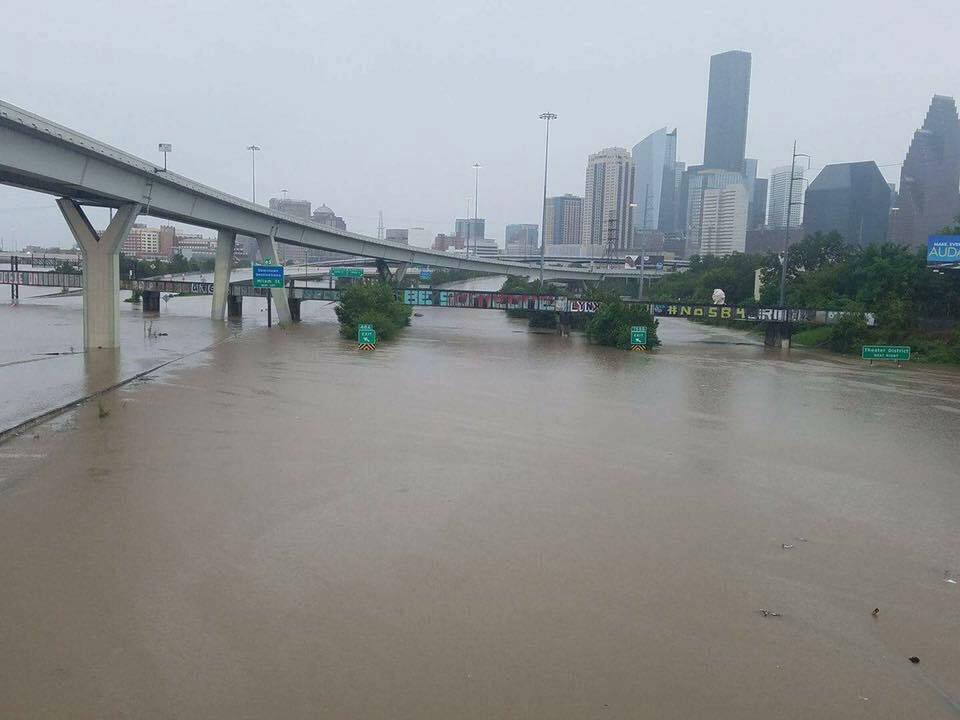 Just over a week ago, Hurricane Harvey hit the gulf coast of Texas, killing up to 50 people, destroying nearly 100,000 homes, and breaking the hearts of millions around the country, including those of Rollins students and alum.

Despite the country’s aid and preparation for the tropical storm in Texas, the damage to the state has been catastrophic. The storm has dumped an estimated 27 trillion gallons of rain over Texas and Louisiana over six days, which CNN reports would fill the Houston Astrodome 85,000 times or San Francisco Bay 10.6 times at high tide.

Making landfall in Rockport, Texas on Friday, August 25, Harvey set the record for tropical cyclone rainfall measured in any one place in the U.S. over the past 50 years. Some areas reached nearly 50 inches of rain in a 48 hour period, comparing to Hurricane Katrina which dumped 5-10 inches within the same timeframe. To make matters worse, the dam in Houston overflowed.

“Once the nearest bayou overflowed, I watched water fill the streets and crawl up to my door all day on Sunday,” said Emily Walton ‘16, who moved to Houston a year ago.

“There was a point on Sunday when I wanted to evacuate, but there was no way out. It was like being trapped on an island; water was all around. Not only was my community flooded, but all of the streets and highways around me were underwater too. The city is designed to flood the streets first, and we definitely saw that happen here.”

Luckily, the water never made it inside Walton’s home; however, she was prepared for the worst. “I had bags packed and was planning to call for help if water got inside, but thankfully that never happened. The only way people were able to get out was by boat or helicopter, and there was a 2.5 hour wait to even get through to 911 on Sunday.

Walton explained that although the events taking place were incredibly sad, she has never witnessed such a strong sense of community. “Since there were so many people that the city had to rescue, the citizens of Houston (and others from around the country) stepped up and started rescuing people in their private boats.”

Along with other colleges across the United States, Rollins College students and organizations have contributed time, effort, and materials for those in Texas. Students traveled to Clean the World last week, a local not-for-profit assembling disaster relief hygiene kits for those in Houston and Louisiana who lost access to basic needs, such as soap or a toothbrush.

Kara Wagstaff ‘20 expressed how rewarding it was to volunteer for Clean the World. “I really enjoyed all the people there and it felt really great knowing I can help even though I’m so far from Texas.” The organization has also expressed a need for soap donations in the upcoming weeks. “I encourage everyone to volunteer there these next few months because all their efforts are currently for Houston!” said Wagstaff.

In just a day and a half, Clean the World was able to put together 19,000 hygiene kits, far beyond their expected goal. They originally believed it would take two weeks to put together 20,000 kits.

Along with student volunteers, the Rollins Athletic Department, headed by Office Coordinator Jessica Deese, is collecting gear to send to Houston, such as old or unused team jerseys or T-shirts.

President Trump plans to donate $1 million and the White House is expected to request $14.7 billion in relief funding. However, this surmounts to only a fraction of what it will take to bring Houston back to the city it once was. According to federal officials, it may cost up to $200 billion in total.

Federal officials, and locals such as Walton, continue to stress the importance of supporting the people of Houston.

“I know a group of guys out there rescuing people on a boat, and they were still working as of yesterday. It’s not over yet for a lot of people here.” Said Walton. “I hope that people don’t forget about our city once the media coverage slows down. It will take years to rebuild this beautiful city, and thousands of people are in dire need right now.” The need for volunteers, donations, and prayers is far from over.

Currently, another hurricane brews off the coast of the Caribbean islands. As of Monday, September 4, Hurricane Irma was heading towards the Leeward Islands, projecting to hit the Bahamas and Cuba on Friday morning. Scott Rayburn, Rollins’ Safety and Emergency Planning Coordinator, sent a campus-wide e-mail Sunday, September 3 assuring the Rollins community that the hurricane was being monitored closely.

Just last year, Hurricane Matthew came through Florida, causing destruction and cancelling all school activities and classes for two days. “We encourage you to please take this time to review your personal emergency plans,” stated Rayburn.