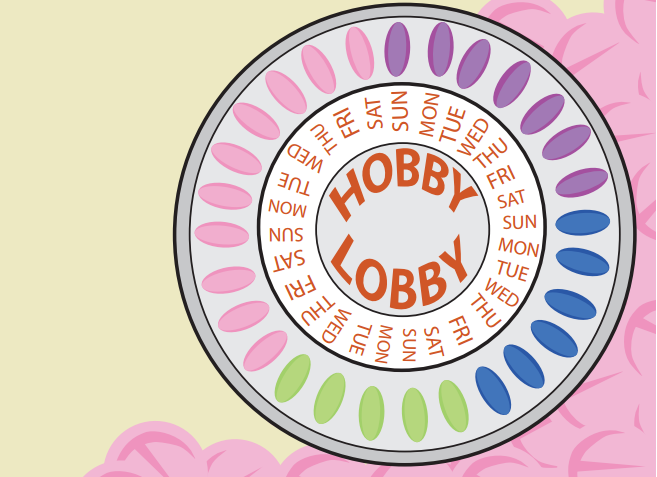 The craft store giant goes before the Supreme Court to protest the portion of Obamacare that mandates birth control coverage.

According to the Bill of Rights, all Americans have the right to exercise free religion. However, it is a gray area as to whether or not a corporation has the right to have and exercise a religion. With Obamacare mandating the coverage of certain contraceptives that conflict with some people’s religious beliefs, some corporations are challenging Obamacare’s coverage requirements in the Supreme Court.

The case being presented to the Supreme Court by Hobby Lobby is called Sebelius vs. Hobby Lobby. Hobby Lobby is a large company with over 600 locations and 10,000 employees, but they started as a small company. They were founded by David Green, a religious man, and they are still primarily owned by his religious family.

On Hobby Lobby’s website, they claim that they are committed to: “sharing the Lord’s blessings with our employees, and investing in our community.” This includes things like being closed on Sundays.

In addition to Hobby Lobby, the case of Conestoga Wood Specialties is being heard by the Supreme Court. Many other companies around the country are also suing for the right to not provide birth control based on their religious beliefs.

Both companies oppose being forced to cover intrauterine devices and emergency contraceptives, claiming that they are forms of abortion which conflict with their religious beliefs. If the companies refuse to provide the Obamacare mandated birth control, they will face substantial fines.

At the Supreme Court, protesters arrived supporting both sides. Some protesters have also started to appear at various Hobby Lobbys throughout the country.

The way the Supreme Court rules on this will change how corporations are viewed, and whether or not they are entitled to the same rights as individuals. From the way the conversations in the Supreme Court have been going thus far, the justices seem to be leaning in different directions. The three women justices seemed to be most in favor of keeping the companies accountable for the birth control.

The ruling is expected by June, but with the case being presented right now, we may have a better guess as to the ruling sooner than that. Either way, the case will set a precedent for the rights for-profit corporations can have.