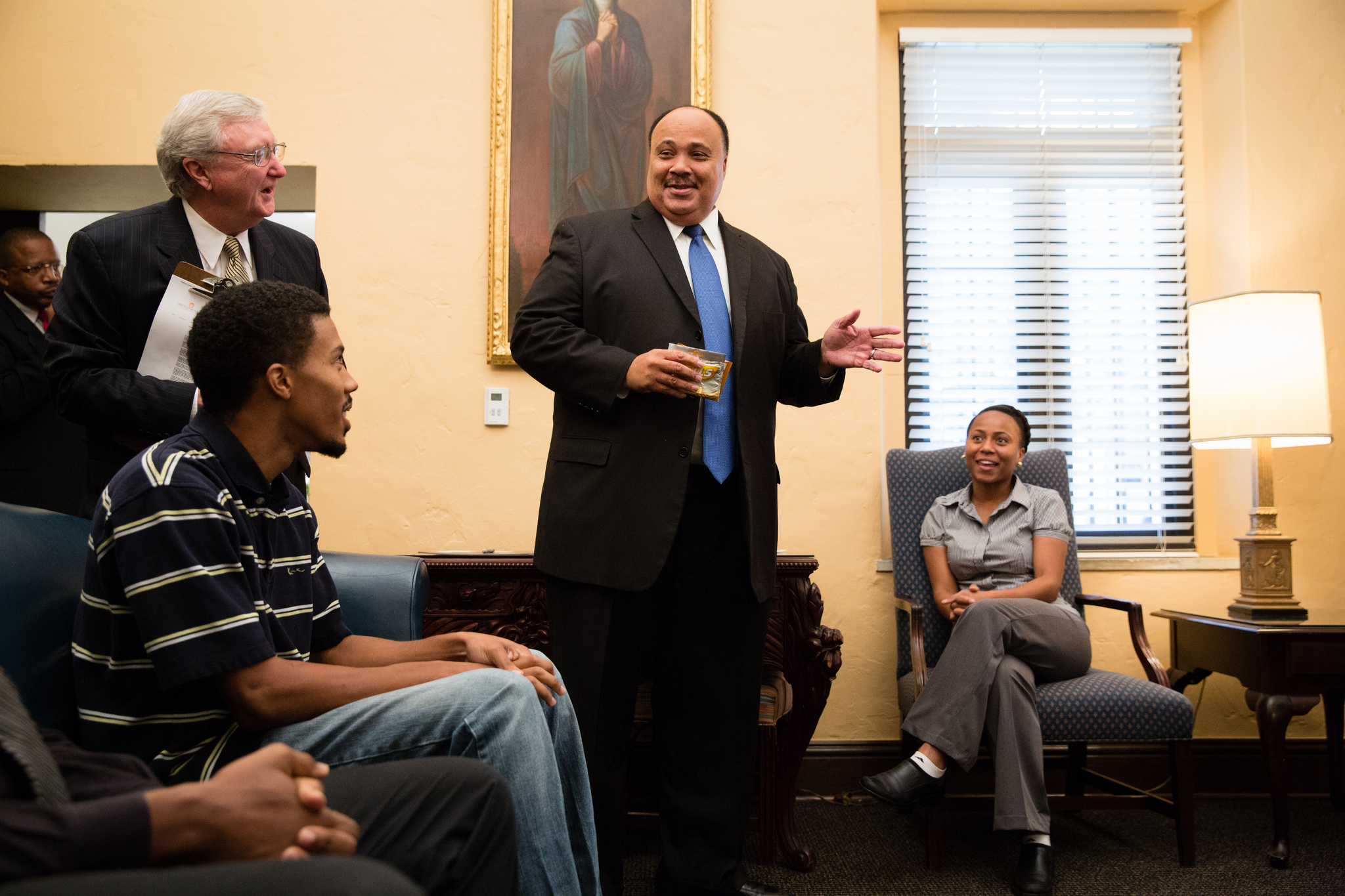 Commencing one of the most celebrated public speeches ever delivered, this line has become a testament to civil rights and global humanitarianism in America: “I have a dream.” Originally delivered in 1963 by Martin Luther King, Jr., the dream has been passed on to the next generation: Martin Luther King III, a modern-day human rights activist.

Continuing the legacy of his father, King was welcomed by Rollins at the Knowles Memorial Chapel on Nov. 15 to speak with students about civil rights activism and to share his own story as the heir to Dr. King’s throne of global humanitarianism.

Michael Cardwell ’13, Co-President of Black Student Union, began reading a prose piece he wrote that was inspired by King. Cardwell explained he “was inspired to write the piece because too many people limit the scope of Dr. King’s legacy to the issue of racism. By limiting Dr. King to just a champion for African-Americans, people ignore his humanistic legacy of love and dignity.”

With King as his muse, Cardwell wrote the piece, “the problem wasn’t figuring out what to say; rather, it was figuring out how to say it, especially in under 100 words.”

Following Cardwell, Dean Patrick Powers shared his own personal story recalling the day he stood behind Dr. King among hundreds of other faces, both black and white, realizing “we are all the same: we are all human beings trying to become better.” Powers concluded his intimate speech by welcoming Martin Luther King III, who sat with a panel of four students.

With a blend of students, faculty and Winter Park residents in the audience, King spoke directly to the students, reminding them that “these are some of the most exciting years of [their] lives.” Before opening questions to the floor, King answered one from each student on the panel, amongst whom was Patrick Smith ’15, President of Rollins Self Defense Club. Smith became involved with the panel after being referred by Dr. Julian Chambliss, Associate Professor of History. Smith explains “the students [on the panel] were all hand-selected; all were thought to be strong representatives of the diverse Rollins community.”

King expressed to the audience what he believes to be the root of civil injustice in our society: “we are inhumane to one another. We are a culture of violence. We have to create a culture of nonviolence.” Reflecting on these words, Smith agrees. “The media that we are fed has an amount of violence that is excessive. This hit hard with me as I am a huge promoter of personal safety,” said Smith. He continues, “Mr. King brought a sense of pride and empowerment to Rollins, to do what is right and just, regardless of what others believe.”