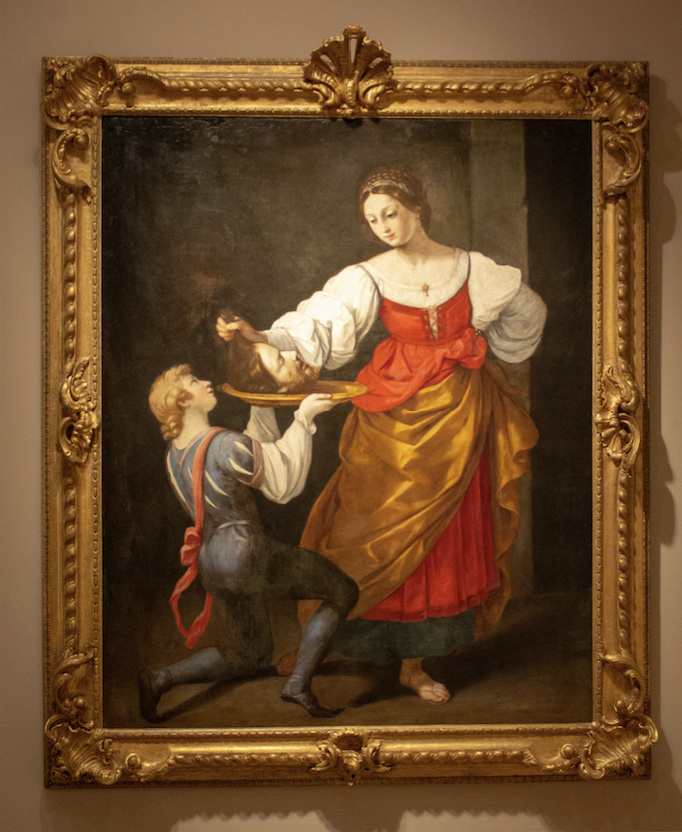 With goosebump-worthy artwork tied to enriching backstories, the Cornell Fine Arts Museum’s (CFAM) latest exhibition provokes social commentary about the role of women that transcends time, making it a must see for all.

The paintings featured were created hundreds of years ago, but their messages about women’s struggles in society are still very relevant topics today.

However, the exhibit is not just about women suffering under male rule; it is about women finding agency and empowerment despite the obstacles facing them. In short, these paintings depict women pioneers.

Due to its backstory, the painting “Susannah” resonated with me. The painting depicts a story from the apocryphal Old Testament Book of Daniel, when two political elders made sexual advances toward Susannah while she was showering.

Susannah was married to a very wealthy man named Joachim, and being loyal and chase, she declined. The two men said that if she did not engage in sexual relations, they would tell everyone she was having an affair.

She still declined, which eventually led to her being sentenced to death for her “adultery.” However, Daniel, a man that knew of Susannah’s innocence and the elders’ plan, came to her aid and she was saved.

In the painting, Susannah is at the bottom corner, while the men who are trying to sexually assault her are placed on a higher angle, showing their superiority and her powerlessness.

On the surface, this seems like a very outdated story. However, the story of how the public is reluctant to believe a woman’s story of sexual harassment by male political figures is actually relevant today. For example, the #MeToo movement and recent incidents involving Brett Kavanaugh come to mind.

So, while the story may seem outdated, it is still an extremely prevalent problem in our society: women are still struggling to find their voices against men in authority.

The exhibit is not solely about women’s struggles. As soon as you walk in, the first section of paintings on both walls, as well as the center painting, depict women responsible for the deaths of powerful men. The majority of these paintings are of women posing next to a man’s severed heads. Dangerous Women, am I right?

For me, the most memorable painting of this particular story is the main centerpiece, seen as soon as you walk into the exhibit. It does not have any decapitated heads involved, but it does have Salome in the middle of her infamous, enchanting dance.

She is beautiful and, yes, sexualized, but I think this brings up an important point. Women can use their sexuality as agency. Yes, women should not have to rely on their bodies to be seen as equal. However, I think it is admirable when a woman owns her sexuality, especially because they are usually shamed for it.

This exhibit is brimming with social commentary, not just on a feminist front, but also in regard to topics of class division and racism.

Elizabeth Coulter, Dale Montgomery fellow of CFAM, brings up the point that museums are seen usually as a place for quiet contemplation—but they can also be seen as places to have these pressing conversations about societal issues.

Dr. Mary D. Garrad, a feminist art historian, is one of the main contributors in creating the exhibition. She is coming to Rollins on Nov. 27 and will definitely shed some light on these pieces and their meanings.