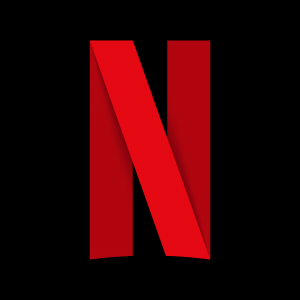 With Hurricane Mathew and Fall Break behind us, and with Thanksgiving Break coming up, Netflix is on many Rollins students’ minds. Though the seasons do not bring drastic changes to the weather, most Floridians take the slightest drop in temperature as a sign to pull out the cozy hoodies and blankets from the bottoms of their drawers and backs of their closets. The perfect celerbration combination of the season: a  warm drink and binge-watching session. However, if you get sick of the classics and wish for something new, it is best to steer clear from these movie mistakes.

With Rollins’ focus on Global Citizenship and Responsible Leadership, every Rollins student must fufill a foreign language requirement. Every foreign language student knows that international movies have become famous for their strange plotlines and occasionally horrendous acting.

Enemies In-Law (2015) combines these characteristics with a lead actor that seems to be the model for every male anime character. This is established when his face is revealed to the audience with a slight hair flip as his female teacher stutters in disbelief and dramatic music plays out of nowhere. This continues for over ten seconds, but it might not even be the worst ten seconds of the film. The boy’s father, shown through ridiculous acrobatic scenes no one his age should be able to do, is a thief while his mother is a forger; both are on the run from the police. This is, of course, established with ridiculous parkour stunts. The only people to credit with the four-star review are foolhardy teenagers swooning over him.

Journey to the West (2013) also has a ridiculous premise of fighting and capturing evil pig and monkey-king demons who make even less sense than their unrealistic animation. Though it definitely does not succeed as an action adventure, the film could work as a comedy since the plot and acting are laughable at best.

The start of Autumn has also marked the beginning of Halloween scary movie marathons. Of course, when international films meet horror, strange things are created. This is the case for The Human Centipede (2009), which is more disgustingly strange than horrifying: after people’s legs are cut off, the stubs are sewn to the next person’s hands, creating a long chain. Though this is the grotesque imagery some want in a horror movie, the exposition and rising action is boring, stereotypical, and drawn out. As if that wasn’t enough, they decided to create two sequels as well.

If international films do not satisfy your Halloween horror cravings, Netflix has American films to choose from. Be warned, though, because there are more than a couple bad eggs to look out for.

The Ouija Experiment (2011) is definitely one to stay away from, since the camera work is so jerky that it seems to have been recorded on a cell phone, probably by someone who has never used a cell phone before. The Curse of Sleeping Beauty (2016) also made the mistake of dragging on with very little talent to support the film, even if the plot was worth reading.

Overall, be sure to take descriptions, ratings, and recommendations into account the next time Netflix calls to you, or you might regret it. The “Halloween Picks” tab is up and running and will continue to be throughout the rest of the spooky season.