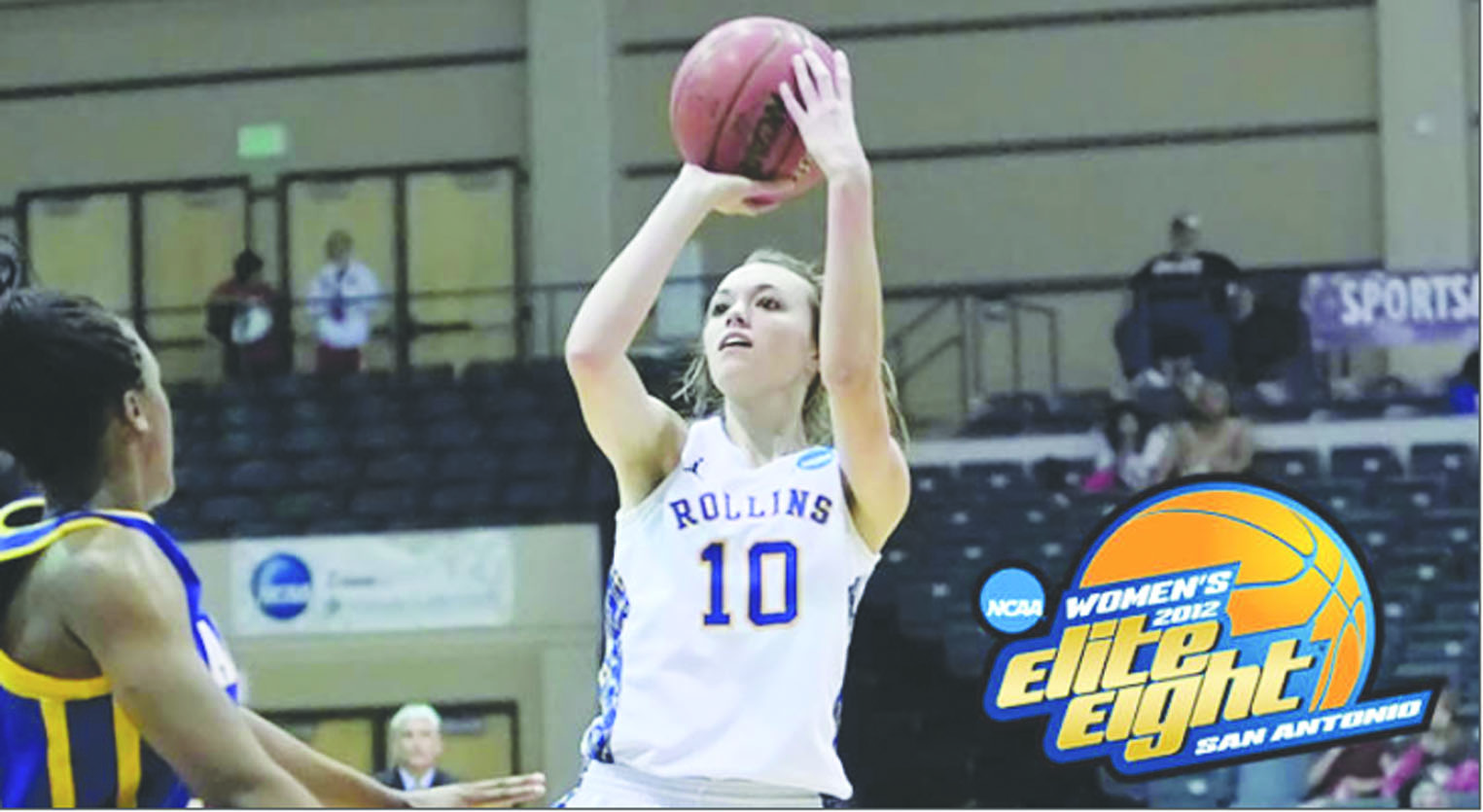 One for the Playbooks: Women’s Basketball Reaches the Final Four

The Tars’ loss in the Final Four was to eventual champion Shaw University. After a scintillating journey to the Final Four, the Tars’ run has come to an end. Rollins’ valiant efforts were outmatched by the speed and strength of Shaw University, to whom they fell 87-71. The opposing Lady Bears combined a stout interior defense with a relentless effort on the boards to topple the Tars. Rollins was forced into difficult outside shots throughout the game; the team settled for 29 3-point attempts, only making 5.

The Tars also struggled to get to the free-throw line, earning only 20 attempts, compared to the Lady Blazers’ 35. Rebounds were perhaps the only thing harder to come by than points in the paint for the Tars. With a discrepancy of 61-38, the Lady Blazers’ front line was dominant in securing the ball when it mattered.

The Tars finished with a 28-6 record and numerous awards. Ashley Jones ‘14 was an honorable mention for All-American, and coach Glenn Wilkes, Jr. finished the season with the best record since 2005. Coach Wilkes has improved his overall record to 581-189, a .754 winning percentage.

Overall, the Tars were quite possibly the most successful athletic team for Rollins thus far, displaying resilience throughout the duration of their schedule. The next season shows promise, since only five players are due to graduate this year, leaving the bulk of the team intact.

The bar is set for next season, since this year the Tars finished only two wins away from being crowned national champions.