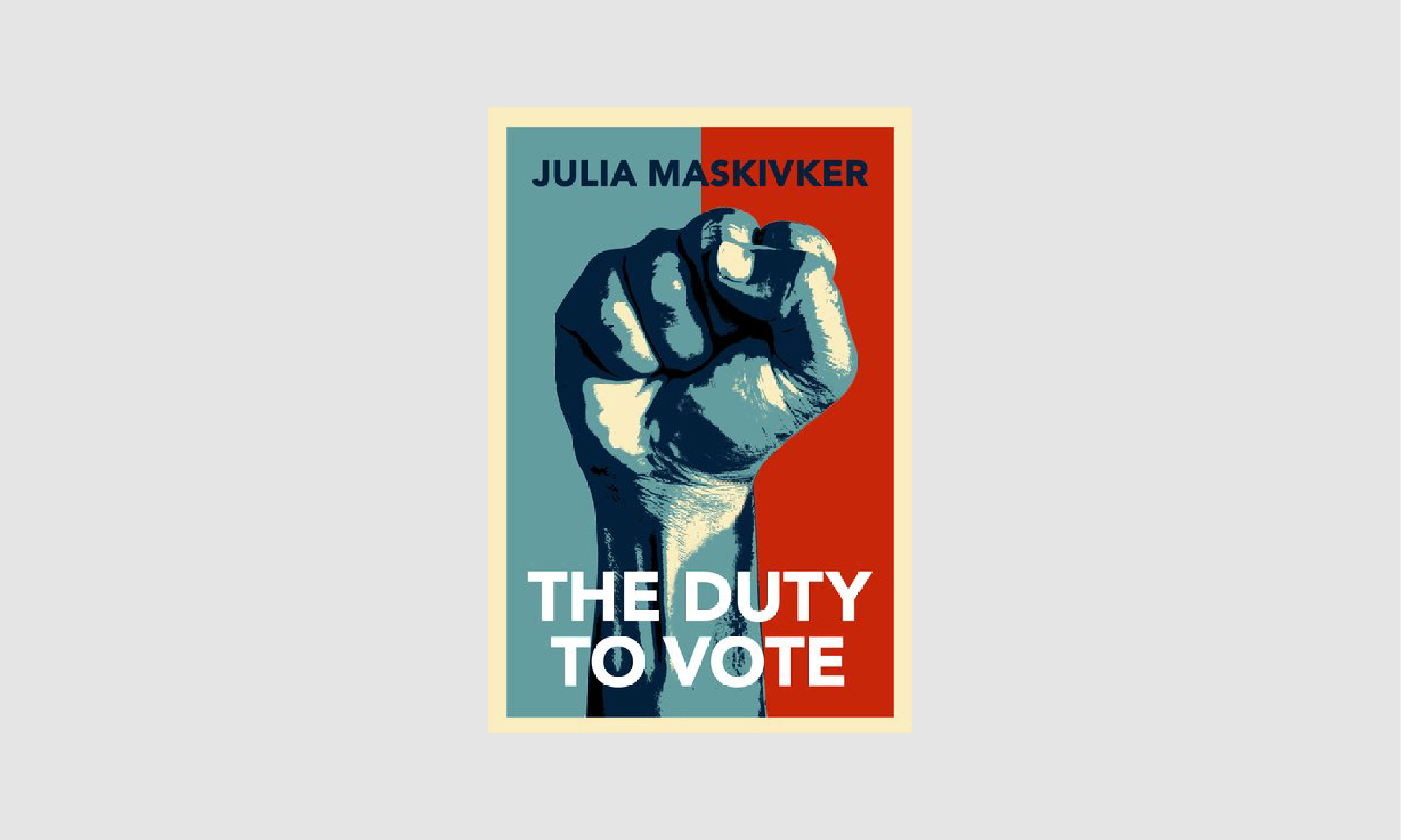 Maskivker’s book argues that voting is a moral duty that all eligible voters must fulfill.

The 2020 presidential election was historic for many reasons, but it was especially historic for its roughly 66 percent turnout of the total eligible voting population. Maskivker attributes this to the divisive nature of the election.

“I think people are very aware of how polarizing and controversial politics has become. But that means also that a lot of these people, voters, take the decision of who will be governing us seriously,” said Maskivker.

While this rate was historic and record breaking for modern U.S. elections, it is still far below the voter turnout rates in nationwide elections in other countries. The Pew Research Center ranked the U.S. 2016 election turnout of 56 percent 30th out of 35 nations. The U.S.’s historically low voter rate is one of the reasons Maskivker decided to write her book.

Maskivker has a unique view of the U.S. voting process because she is an immigrant. Originally from Buenos Aires, Argentina, she came to America when she was 23 years old to pursue graduate studies at Columbia University, where she ultimately received a Ph.D. in political science before starting to work as a professor at Rollins.

In Argentina, voting is compulsory. In fact, many Latin American countries have some form of a compulsory voting law, meaning that citizens are obligated by law to participate in the election. However, citizens can choose to vote blank or not vote for certain candidates or positions.

“I have always been mindful of the fact that compulsory voting systems would not work in America for cultural reasons mainly, and I am okay with that,” said Maskivker, “but arguing that something is a moral obligation does not entail saying that the individual who fails to vote should be sanctioned. It only entails saying that there is something morally wrong in terms of the character of this person if they don’t care enough to discharge this duty.”

Maskivker also noted that generally participating in elections and voting is not a burdensome process for the average U.S. citizen, except in cases of poverty exclusion and exploitation.

“Democracy is meant to work for the people. For the majority of the people, for working people, for families, or people like you and me, the only way that we have to ensure that the leaders and public officials in charge of the government do what’s best for us is to choose rightly,” said Maskivker. “To choose first, which is to vote, and to choose rightly, which is to make an informed and minimally judicious decision.”

For Maskivker, this election was a special one: it is her first presidential election after becoming a U.S. citizen.

“I was very proud, happy, and grateful that this country being so generous gave me the opportunity to [vote],” said Maskivker.

Before the presidential election, Maskivker had already exercised her right to vote in a local election. This is something which she hopes other people will begin doing at higher rates because of the impacts that local elections have on people’s lives.

“Decisions made at the local level also affect people’s lives profoundly, from school boards to state legislatures,” said Maskivker. “Policies or absences of policies that affect people’s lives do not only get made by the president, but they also get made by local officials … from taxes to parking regulations to access to welfare benefits. It is really important to understand that democracy entails not only the highest levels of office but also the most mundane and lower ranks.”

“The Duty to Vote” is available for purchase here.