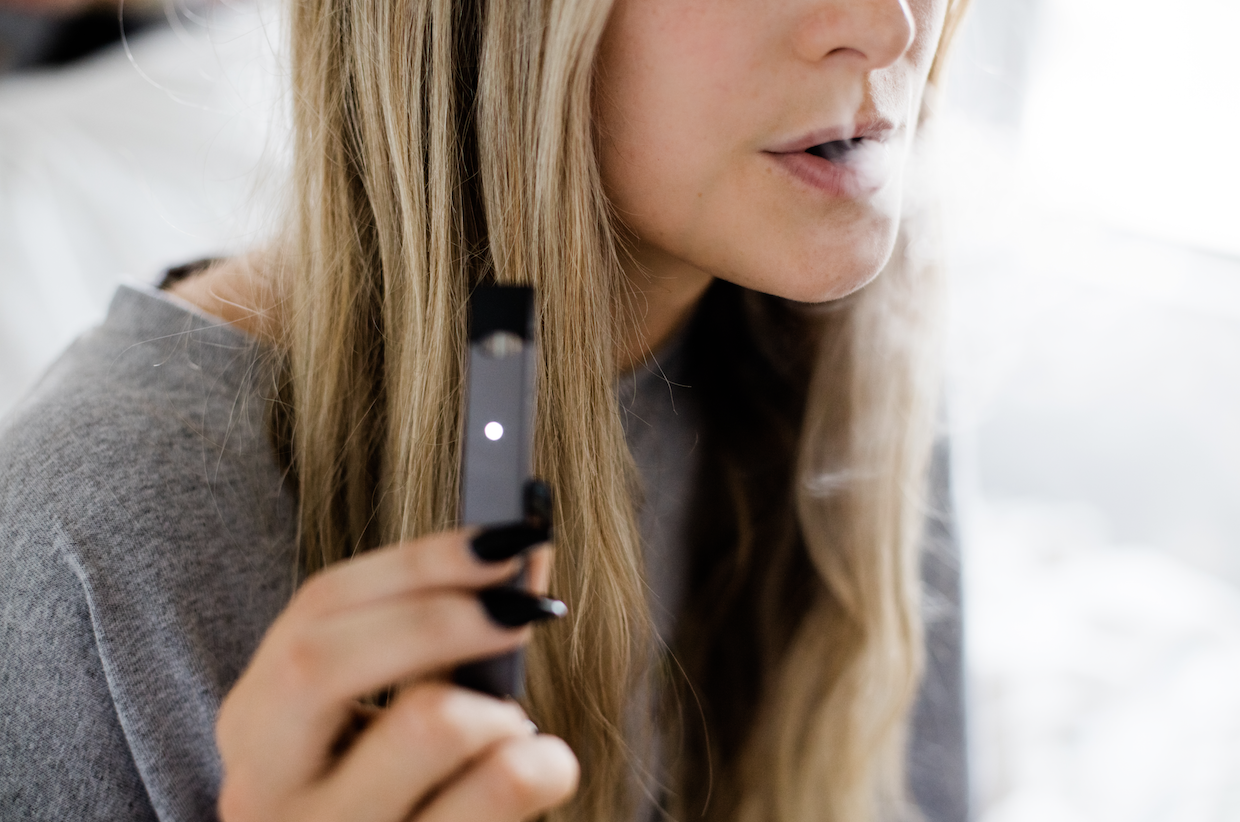 Students Juul on campus, that is no secret. But now it is becoming popular inside buildings and even in classrooms, and professors are not happy about it.

“Some faculty and staff have expressed their concerns that they were seeing students vaping/Juuling in campus buildings,” said Maeghan Rempala, director of the Office of Community Standards & Responsibility.

Dr. Jay Pieczynski, assistant professor of biology, is concerned with the overuse of Juuling. He said he sees students Juuling in the Bush Science Center on a regular basis.

“Yes, I have seen it in Bush and I know other professors have seen it in class. I just caught someone Juuling after [Dean Weyant’s] email was sent out. I stated the Code of Conduct and reported him,” said Pieczynski.

Pieczynski is referring to an email that was sent out by Meghan Harte Weyant, dean of students, to all students reminding them of the campus’ smoking policies. The email reminded students that Juuling is a violation against the Student Code of Conduct when not done in the designated smoking areas.

The only acceptable areas to Juul are within the five designated smoking areas, namely Critchfield Park, the gazebo to the south of Olin library, the area between Elizabeth and Ward halls, the courtyard of the Annie Russell, and Science Village. These smoking areas are labeled on campus, and there are maps on the Rollins website showing their specific locations.

Dr. Jana Mathews, associate professor of English, said she caught a student Juuling in the middle of her class last semester. “I was writing on the board, suddenly turned around, and saw smoke appear around one of my seniors. I was like ‘are you smoking in my class?’ My student said ‘no, I’m just Juuling.’ So I made a joke out of it. I said, ‘okay creative license gives me the right to say you were smoking crack in my class. Whenever you need a job recommendation, I’m writing that you smoke crack in class.’ It became an ongoing classroom joke for the rest of the year.”

Dr. Mathews continued, “I’m not talking about the health repercussions. I’m talking about what I would want in my class. It’s like if you were to eat a smelly burger and fries in my 8 a.m. it’s a distraction to me and the other students. And it’s just weird to do in a classroom setting.”

When it comes to students’ opinions on the issue, they felt that time and energy should be spent fixing other campus issues.

Camilla Delfino (‘19)—who said she does not Juul—said, “This is stupid. People will do it anyways. They should attack other issues instead of focusing [on] juuling.”

Erin McCusker (‘19) shared Delfino’s opinion: “I don’t smoke, so I don’t personally care. I do agree though that there are more important issues. Like fixing the elevators with expired licenses.”

Christina McAlpin (‘21) thinks that Juuling should not fall under the same category as cigarettes. “It’s completely different to me.”

Both Rempala and Weyant said that they do not have any opinions about Juuling, but stressed that smoking a Juul outside the designated areas is against the policy.

“Rollins College recognizes that smoking poses significant health risks to members of the community and considers the needs and concerns of smokers and non-smokers alike in providing a healthy and safe living, learning, and work environment for all students, staff, faculty, and guests,” said Weyant.

Pieczynski said it is unfortunate that “most users don’t realize that they are using a substance that has been repeatedly demonstrated to cause a physical dependency for that substance.”

“Just like all fads on this campus, Juuling will pass when students decide that it doesn’t make them unique anymore,” he said.