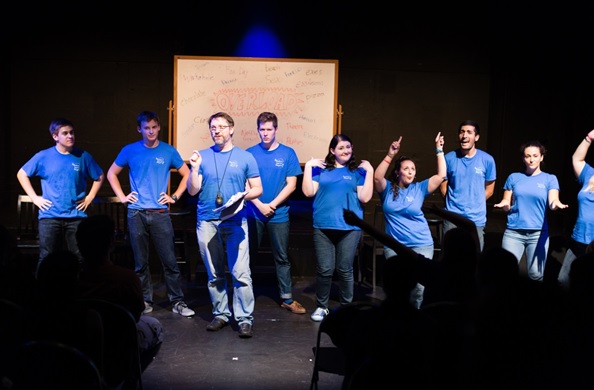 The Rollins Improv Players (better known as the RIP) base their performances on meaningful subjects that touch base with students and student organizations. One of their first shows during orientation touched on the minor and major struggles that first-year students face as they transition into college. Sponsored and promoted by the Lucy Cross Center, Miss Understood is the most recent show by RIP. It focuses on issues that women face today.

Exploring serious and at times controversial topics, one would not think they get as little as single laugh out of their audiences; however, that is not the case with this incredible troupe. RIP subtly expresses deep and weighty subjects in such a way that has you falling off your seat in laughter. There is no better way to bring students together than with the universal language of humor!

With a gift for relating to their audiences, RIP succeeds in bringing us together as a community. I encourage you to attend their next performance on Sunday, Sep. 27 at 8pm, entitled Rip Tag: Madness.