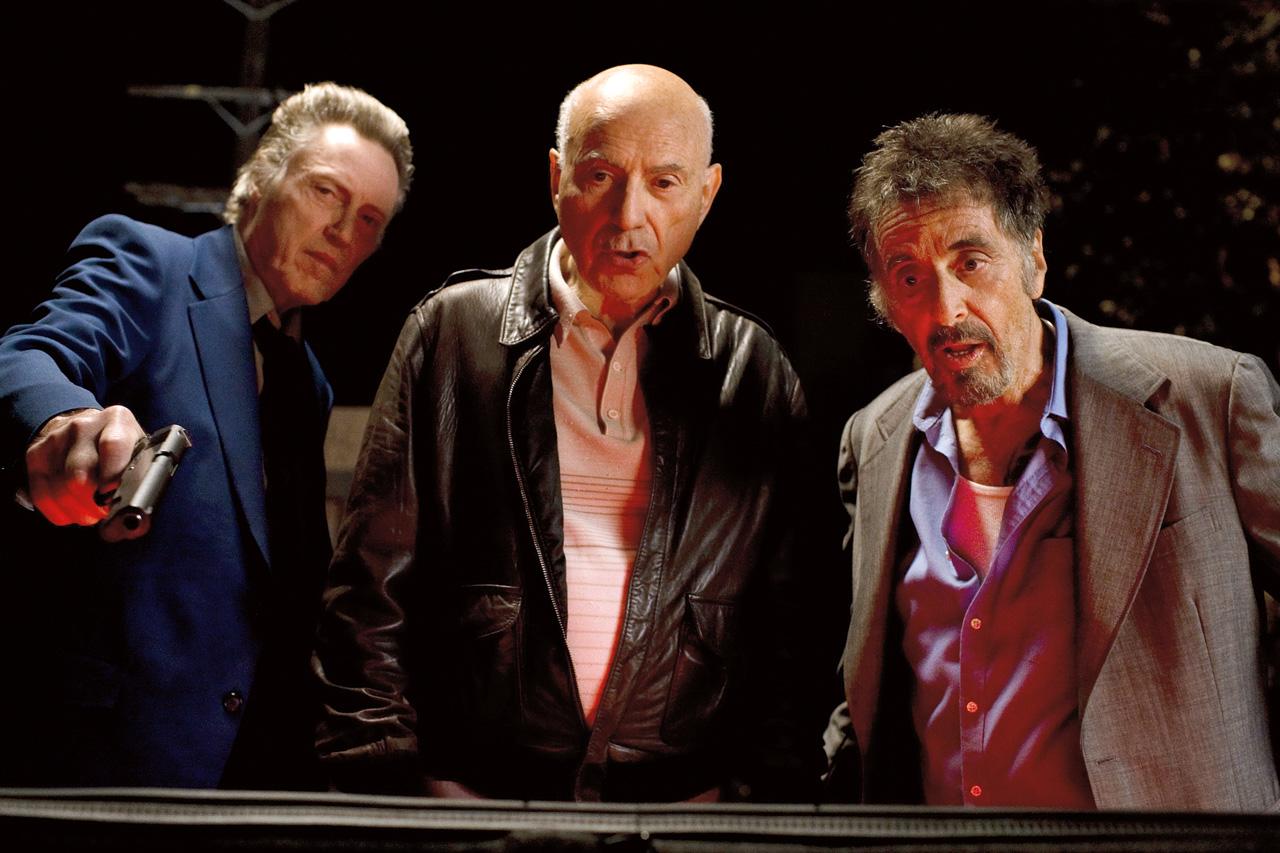 There was a time when men were men; when a man’s word was inviolate and as good as gold. There was a time long before swag  when panache was supreme. I am of course referring to a hypothetical golden age which never actually existed, but it’s this time which Stand Up Guys nevertheless harkens back to. Painting the modern gangster as a romanticized urban cowboy isn’t exactly breaking new ground, but imagining what life would be like after their heyday proves to be an enjoyable
and uniquely engrossing experience.

Directed by the generally inexperienced Steven Fisher and featuring some truly exceptional cinematography from Michael Grady, Stand Up Guys is a visually enthralling film and it’s the subtle things that make a huge difference. Masterful lighting, a provocative palate and even the simple use of lines and space put in on, or at least very close to, the the level of Eternal Sunshine of the Spotless Mind, which I still consider to be a benchmark of excellence as far as visuals are concerned.

Starring the legendary talents Al Pacino, Christopher Walken and Alan Arkin, the amount of star power we’re working with here is almost overwhelming. Walken’s calm, almost effortless charisma serves as the ideal foil for Pacino’s larger-than-life personage. With Arkin in the mix, even for a short time, it’s a tag team worthy of the history books. All three perform virtually without flaw as their respective clever-by-half characters spout some slightly Tarantino-esque dialogue, simultaneously providing comic relief and context into the deeply fraternal relationship between these men.

The thing that I really appreciate about Stand Up Guys is that it knows how to have fun without being a one trick pony, so to speak. Given the strengths of each of its cast members and direction, it could have easily crossed the line into gritty monotony and simply stayed there for the duration of the production. Instead, the trio know how to both make us laugh with witty dialogue and also make us feel some heavy emotion in the appropriate situations. Furthermore, the film is paced in such a way that the tonal transitions
don’t seem abrupt and inelegant, but rather seem to flow naturally and effortlessly, which undeniably helps keep things interesting.

A dyed-in-the-wool comedy this film is not, in the same way that it isn’t solely a drama or action movie either. A drama would be closer to the mark, however, with some action/adventure elements added in along with tasteful and well-timed comedic relief. Genre bending films, at least in my experience, seem to enrage many critics (probably because their carefully categorized movie collections become jumbled) but I find that ambiguous themes, plot elements, and genre classification, so long as they’re done correctly, can be incredibly refreshing and may nudge an otherwise decent film into the realm of greatness. Granted, in an attempt to branch out, a film might find itself in a ‘jack of all trades, master or none’ kind of situation, in which case I would likely commend it for at least trying to mix things up.

This film is definitely for a certain kind of person. Yes, you can enjoy the film if you appreciate the talents of Walken, Pacino, and Arkin. Yes, you can likewise enjoy it if you want something that changes up the tried-and-true action formula. It’s the fans of the larger than life and sometimes melodramatic crime movies of the 80’s who will appreciate Stand Up Guys most of all though. In some ways, though not quite in the way one would expect, the film is a heartfelt, brilliantly acted, visually beautiful love letter, pining for days gone by.