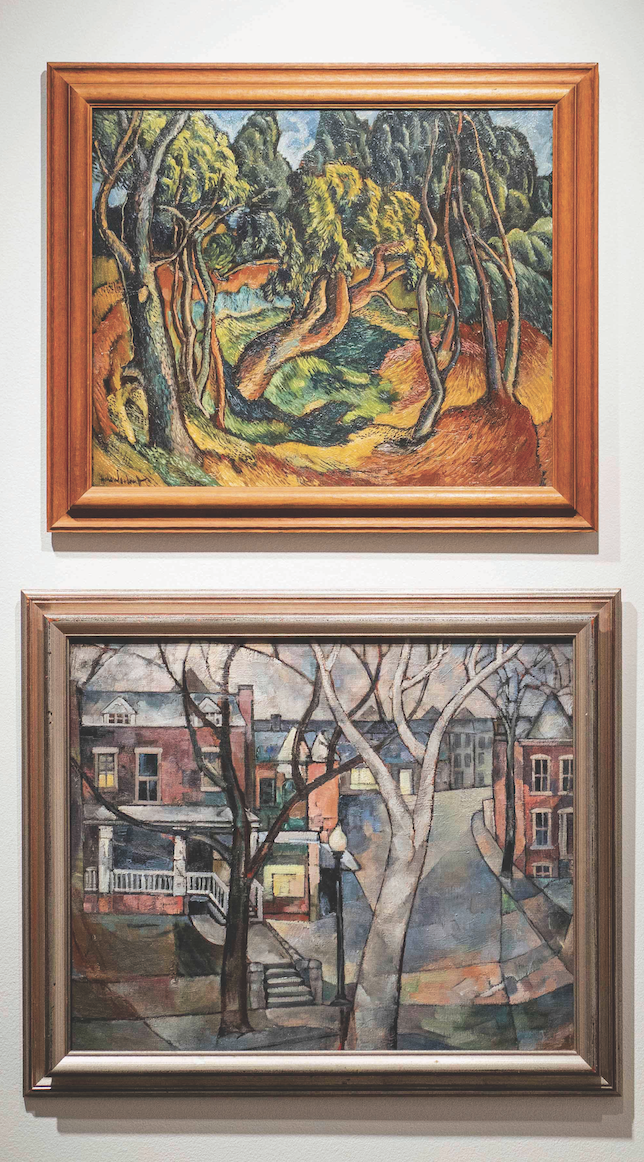 The artwork in the collection, available to students until Dec. 29, spans across several rooms and explores the nature of identity and its connection to wider societal forces.

In a wide spectrum of styles, artists display themes of homage and heritage, as well as anger and political protest. It is an amalgamation of mediums, from mixed media on wooden walls of abandoned houses and varyingly cut canvases to a massive and intricately arranged piece made up of canvas roping and cast-off metal.

Part of the mission of Gisella Carbonell, curator for CFAM, in displaying this exhibition at Rollins is to “show a diversity of artists and to be inclusive of other narratives,” Carbonell said.

There are many distinct mediums and modes of expression in the works, but there is a common thread running through all of them: artists explore “what it means to be African American in that time and how that identity is constructed,” Carbonell said.

The piece placed front and center of the exhibition, “The Janitor Who Paints by Palmer Hayden” is a “sort of protest painting,” as the artist referred to it, and it is a commentary on the way society labels African American artists as less legitimate.

Several pieces include themes of struggling with patriotism and the artists’ contentious connections to the United States by using the colors of the American flag for a mocking irony.

In “Evening Rendezvous” by Norman Lewis, strokes of red, white, and blue are laid out in a manner that almost seems abstract. In actuality, it is an intentional representation of Klansmen around a bonfire—a reference to their so-called patriotic ideology.

Another moving painting, “Top of the Line (Steel)” by Thornton Dial, Sr., uses an intricate assemblage of enamel, unbraided canvas rope, and assorted scrap metal in the limited color palette of the American flag. The piece calls out police brutality, specifically the Los Angeles riots of 1992 that protested the acquitting of the white policemen who beat up an unarmed black man, Rodney King.

When leaving this exhibition, people appreciate that the African American experience contains “a multiplicity of experiences,” as Carbonell put it.

African American Art in the 20th Century acts as a platform for artists who have been historically silenced and marginalized when expressing their identities, communities, and cultures.