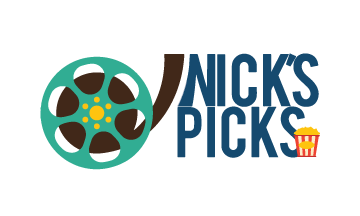 The Danny Boyle film leaves viewers mesmerized and speculative regarding the complex and fascinating life of Steve Jobs.

Vicious, egotistical, and manipulative, yet brilliant, ambitious, and visionary, Steve Jobs was a complicated man. Directed by Danny Boyle and starring Michael Fassbender, Kate Winslet, Seth Rogen, and Jeff Daniels, Steve Jobs looks at the life of Jobs a little more critically, through the debuts of three of his creations.

Fassbender is completely immersed in his role, as usual. He understood that he was taking on one of the most important people in history, but still managed to do what I believed was Boyle’s intention: portray Jobs as a person. In the film, Jobs feels like a human with many flaws and vices, but still possessing ideas ahead of his time. Though Fassbender makes the viewer despise Jobs and what he stands for, he portrays him in a fair manner. Jobs was a human being, something that people needed to understand, and Fassbender really did understand this idea.

Winslet, who plays Jobs’ reluctant assistant Joanna Hoffman, does an excellent job as a moral compass for her boss as well as someone who would stand up to him when he needs to be brought back down to reality. Rogen plays the emotionally turbulent Steve Wozniak, which surprised me. Anyone would feel Wozniak’s frustration and anger toward Jobs. Daniels plays Jobs’ father figure John Scully, who was intense and incredible. The interactions between Jobs and Scully are intense and heart wrenching.

The technical side is incredible. The shots are perfectly framed, sharp, and parallel. There are a lot of wide shots in the film that looked bleak yet clean. The colors are either bright 1980s pastels or the sci-fi clean-cut silver and white. The editing is rapid and sharp, having several quick cuts between the three major debuts depicted in the movie. The best example of editing in the film is the cuts between two different arguments that Scully and Jobs have in the present and in the past. It exemplifies the intensity and their relationship. The technical side of the film gives it fluidity and cleanliness, just like the products that Jobs desired.

Steve Jobs is a fantastic biopic. It understands who Jobs was, aside from a couple of dramatic liberties taken to improve the film. Boyle’s intention is to show that Jobs was as flawed as anyone else. Until the end, Jobs, though vicious and morally displeasing, never compromises his values for others, which is commendable.