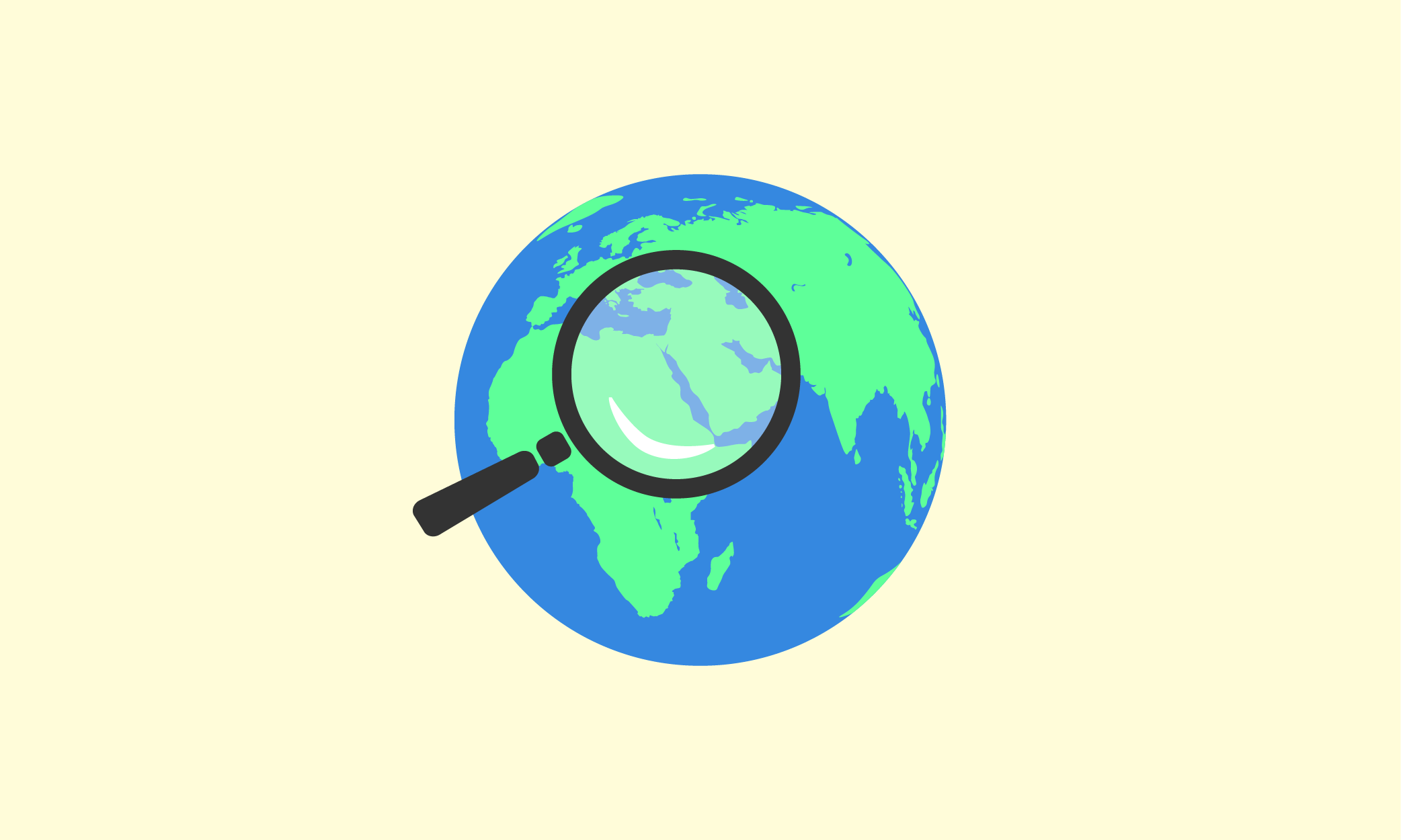 Students break down stereotypes about the Middle East in innovative class

By Jacqueline Bengtson on December 3, 2020

Rollins students have been working to break down myths and stereotypes about the Middle East in the class “Multiculturalism in the Middle East” this Fall.

In response to the temporary suspension of the Arabic language instruction at Rollins, Dr. Yudit Greenberg, Cornell Endowed professor of Religion and director of Jewish Studies, designed a course in which both her Hebrew students and displaced Arabic students could continue learning their languages while deepening their cultural knowledge.

When Dr. Greenberg created the course, she was “both energized and challenged” at the prospect of “‘adopting’”’ the Arabic students so that they could complete their FCOMP this fall along with the students of Hebrew.”

In the first half of each class meeting, students engage in thoughtful dialogue about the Middle East, including topics of religious traditions, family laws, gender roles and sexuality, food, and peace and conflict studies.

In the second half of each class meeting, Arabic students join Dr. Hesham Mesbah of the communications department, and the Hebrew students continue with Greenberg. Students have been able to discover how the two linguistic traditions are similar, as roots and even entire words are shared within each language.

“It never crossed my mind that I would be teaching Arabic at Rollins, but, to the best of my luck, I am!” said Mesbah. “I understood that most of those students did not have much exposure to Arabic outside their classroom. It was also a challenge to introduce them to Arabic grammar—a topic that has always intimidated even native Arabic speakers.”

Mesbah said that his goal is to encourage his students to interact meaningfully and listen to several Arabic voices. “More importantly, I was keener to make them ‘speak’ the Arabic culture rather than speak the Arabic language,” said Mesbah.

In addition, Mesbah said that “Rollins is opening several doors by offering its students the opportunity to learn Arabic.” Some of those doors include the ability to communicate within the second-largest religion in the world–22 Arab countries–and the opportunity to secure a study abroad scholarship in the Middle East.

Here is a glimpse of how students engage with course themes and work to create appreciation and understanding of the region.

Just like people in the United States, experiences related to gender in the Middle East and North Africa vary, depending on factors related to country, religion, family dynamics, personal beliefs, economic standing, education, and societal expectations.

Islamic feminists believe all muslim people, men and women alike, should be equal. Islamic feminism is a term that became popular in the 1990’s. Umm Yasmin of the Centre for Muslim Minorities and Islam Policy Studies at Monash University defines a Muslim feminist as “one who adopts a worldview in which Islam can be contextualized and reinterpreted in order to promote concepts of equity and equality between men and women; and for whom freedom of choice plays an important part in expression of faith.”

There are many western impressions on what head coverings and hijabs are and represent to women in the Middle East. While they have religious connotations in both Islam and Judaism, they also hold a lot of importance in fashion and society. But they can also represent their decision to wear it. In our class, we have watched many movies that cover this topic for Muslim and Jewish women and how headcoverings, either expected of them or not, can be a strong way to connect with their religion and themselves. While these characters are fictional, the message they portray is very real.

Cross-culturally, food has always brought families and friends together in community. A misconception about Middle Eastern food is that it lacks variety. Hummus, falafel, and baklava are not the only foods that are eaten. There are so many traditional dishes, from shakshuka to mansaf, that make Middle Eastern food rich and varied. There is also a great deal of cultural influence. For instance, as a minority in the Middle East for centuries, Jews adopted culinary practices from their Arab neighbors and created their own versions of local foods. In Morocco, for example, Jews borrowed from their North African Muslim neighbors: they adopted the practice of adding green vegetables to meals on major holidays because it was believed green was the Prophet Muhammad’s favorite color.

Family laws are a big part of both religions. Islamic or Sharia law follows the Quran and the teachings of the prophet Muhammad. Jewish family laws follow the tenets outlined in the Torah.

Some misconceptions about Sharia law is that women do not have the right to get a divorce without her husband’s consent. In reality, in the case of Jewish family law, the husband is allowed to withhold divorce, which is why some Jewish women in Palestine during the Ottoman period went to Islamic courts rather than rabbinical courts to seek divorce.

Djerba: A case study of collaboration

A common misconception of the Middle East is that Arabs and Jews cannot live in peace. However, the complex history of Djerba, a Tunisian island, proves the opposite. In class, we learned that Djerba is home to the ancient Ghriba synagogue–and it boasts the oldest Jewish community in the Arab world. Djerban Jews and Muslims have proudly lived and worked side by side for centuries.

Each year, hundreds of Jewish pilgrimages arrive at the island to celebrate the holiday of Lag B’Omer, which coincided with the Muslim holiday of Ramadan last May. Jews and Muslims celebrated both holidays together, enjoying fast-breaking meals, dances, and concerts. Djerba serves as a model of coexistence within the Middle East and North African region.

One thing that we try to beam a spotlight on during every class is the positive advancements towards peace, especially since the signing of the Abraham Accords on September 15 between Israel, the UAE, and Bahrain, and most recently the normalization agreement with Sudan. Our topics have included conflicts in the modern Middle East as well as progress toward collaboration.

In the middle of October, we took the time to listen to “My Friend Far Away,” the first musical collaboration between the UAE and Israel, following a peace deal in mid-August. The song includes Arab and Israeli artists singing in both Arabic and Hebrew, reminding us of our common roots and linguistic overlap.

This class provides windows to these hidden treasures; we listen to music, watch films, and read articles that remind us of the friendships, intimacy, and love which exists between the people in the Middle East, who are falsely represented in the media by hate and conflict.

With a great interest in psychology, I am excited to spend time researching the psychology of peace and conflict for my final project. I believe that by understanding both the stem of war and the route to collaboration, significant progress can be made. Based on my brief preliminary research, I believe that the problem originates from unproductive communication and decades of rivalry, and that the solution lies with active mediation and joint celebration.

Class discussions have been thought-provoking and informative, which has led to great dialogue and greater cultural appreciation and understanding. Greenberg said she is pleased with student’s liveliness as they learned about the histories and contributions of cultures other than their own.

Nearing the end of the semester, students are engaged in the final themes of the course–peace movements and interreligious dialogue. Students are now preparing to write their final paper on a topic of interest.

“The course supports our mission to educate global citizens and future leaders,” Greenberg said. “I believe that teaching the history of the region and focusing on current issues, whether these relate to ethnic, religious, national, gender and/or sexual identities, and using critical scholarship and multimedia, has contributed to our students’ knowledge and appreciation of the multiculturalism and diversity that is the ever-evolving Middle East.”