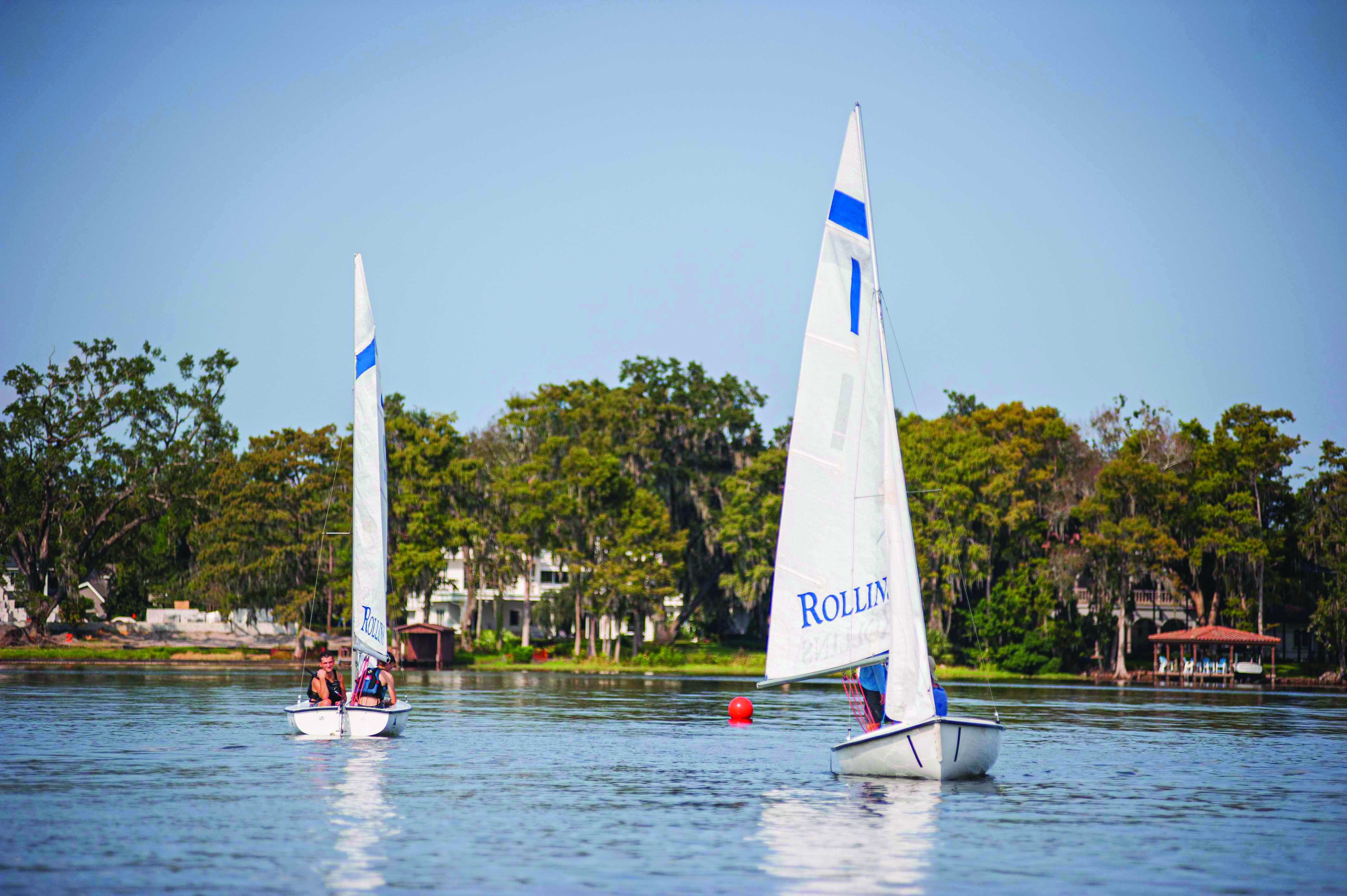 With a surge of interest and a new head coach, Rollins Sailing has plenty to look forward to in the new season. Ben Chafee is now the head sailing coach for the Tars, with previous coach Dave Herbster (‘80) serving as Director of Sailing.

“The school has shown a great interest to make sure we have the resources to develop this program,” said Herbster. “The biggest evidence of that is the fact that we’ve been able to bring Ben Chafee on board.”

Chafee was appreciative of the partnership with Herbster as he navigates the intricacies of running a varsity program. A Saunderstown, Rhode Island native, Chafee competed at a national level for Eckerd College and has been coaching for eight years since.

With years of experience, he chose the Tars as the next step in his career: “Coming from Eckerd, I knew the SAISA Division is growing and I wanted to be part of a team that was developing, as opposed to hopping into a fully-established team.” He also wanted to deal with a varsity program and not a club team due to the stronger commitment of the sailors.

Chafee’s efforts are already paying off. The Tars are tied for sixth with University of Florida in the southern portion of the South Atlantic Interscholastic Sailing Association (SAISA).

The top six teams from the northern and southern districts compete in the conference championship this fall. The team is hopeful that they can secure a qualification and compete against top-notch opposition.

“That’s new territory for us in the past few years,” Herbster said. “We’re trying to concentrate on the little things, but at the same time we’re starting to see results on the water, which is pretty neat.”

For Chafee, success is a by-product of the day-by-day commitment: “We’re focusing on ourselves—our tacking, our starts, our jibing, what we’re doing on the course and not worrying too much about what other boats are doing.”

At a time when 75 percent of the team is new, results are not an immediate priority. Herbster’s ambition is for the team to continue the upwards trajectory they started last year.

Chafee expects the upperclassmen to play more of a leadership role. In that respect, Herbster complimented the example set by captains Nick Baker (‘20) and Simon Munoz (‘21).

Chafee identified determination as one of the main strengths of the program. Additionally, Lake Virginia is a very similar college sailing venue to a lot of the larger schools and more established teams: “It’s good to have that training in shifting conditions and variable wind. It’s also nice to have a boathouse on campus.”

Following the footsteps of returning upperclassmen, the crop of young team members are ready for what they are being asked to tackle. Sailing is known as a sport for strong characters,  which is precisely the ethos Herbster and Chafee foster.

The latter considers team culture his main goal. According to Chafee, while the coach somewhat manages the culture, it’s mainly student-driven. When the culture falls apart, the team and results soon follow.

The Sailing Tars have already distinguished themselves in terms of character. Last year, the Tommy Award for Sportsmanship went to Oliver Santry (‘18), one of the most prominent members of the team.

“We’re not going to pick on negatives, we’re going to look at where and how we can improve,” Chafee elaborated. Team culture is particularly crucial in endurance sports, especially in  sailing, since two sailors have to compete on a small boat on the water, under the sun, for hours on end. But to what purpose?

“The school, Dave, and I are really determined to grow this team to be able to compete nationally in the next couple of years,” Chafee said, “All we ask is that you show up, be determined and somewhat athletic.”