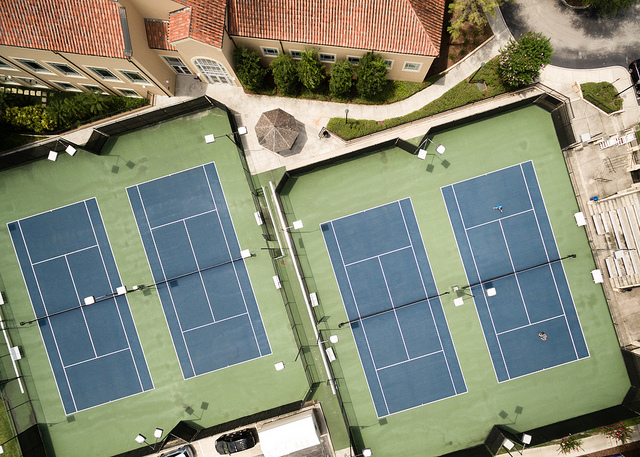 Tough matches ahead, but tennis is confident

They are now 3-2 overall and 1-1 in conference play as they head into the middle half of their season.

The team hopes to improve on last season’s 11-11 record. The Tars have two games this week, including a match-up on Feb. 23 against fifth-ranked University of West Florida Argonauts.

Carlye Goldman ‘18, junior captain, discussed the team’s expectations for the coming match and for the remainder of the season: “We have a tough season with the amount of matches we have coming up, but our team is looking really strong and have already been off to an amazing start. To continue with our success, we need to come out mentally and physically strong against our toughest dual matches… so going into Friday’s match we need to mentally and physically recover for West Florida.”

West Florida holds a 4-0 overall record after defeating Alabama Huntsville 9-0 last Friday. Rollins lost to West Florida in a 6-3 hard fight last season. However, the team is excited to return to the courts and face them again.

Goldman continued, saying, “We are super excited to be playing at the national campus in Lake Nona on Friday. The vibe will be incredible, and our team is positively motivated to compete at our fullest potential.”

The women’s team looks to continue to compete at a high level as they head into conference games against other conference teams, and also when they take a roadtrip to Las Vegas in March.

Fabiana Vitanza ‘18, senior co-captain, explained the importance of being a captain on the team.

“Knowing you are in a leadership position is definitely motivating and pushes you to work extra hard because you know your teammates are looking up to you, and you must lead by example,” she said.

From San Pedro Sula, Honduras, Vitanza consistently played in the first spot for the team during the 2016-2017 season. Her 7-12 record last year makes her one of their most valuable players, which she understands comes with pressure to perform as an athlete and a leader.

“Also it helps me with being accountable because my actions and attitude on court must be in line with the values and goals of the program. So that has helped me with bringing fortitude and confidence on court,” Vitanza clarified.

A major factor in the confidence and success of the team has been Beverly Buckley, who has coached the women’s tennis program for 31 years. Prior to coaching, she was a standout player for Rollins College women’s tennis before she graduated in 1975. She then pursued a professional career, competing in events such as Wimbledon and the U.S. Open.

The next home game for the Tars is against Saginaw Valley Cardinals, and it will be played at Bert Martin Tennis Complex on Monday, March 5.