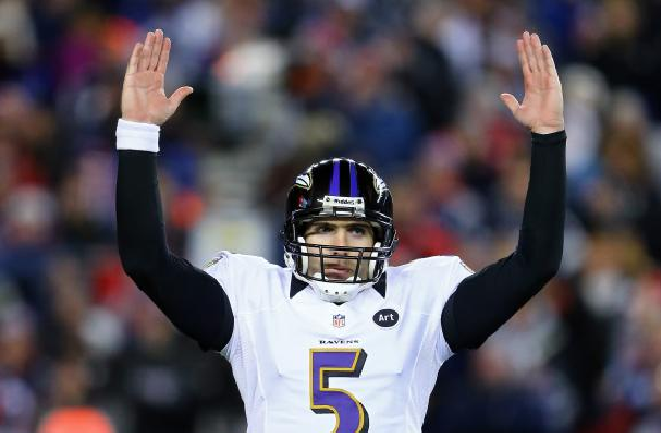 I laughed, I cried, I was on the edge of my seat the entire time. At least the second half of the game I was.

This years Super Bowl was one of the most exciting football games I have watched in a long time. Some of the commercials were great, while others were just ok. As a football fan, this was a good game to watch. Being a Philadelphia Eagles fan, football season this year has been very disappointing.

On the bright side, it was nice to just sit back and watch good football this postseason. Sure enough, the Super Bowl delivered.
The Baltimore Ravens came out ready to play. The play calling by the coaches were exciting, but most importantly they put 21 points on the board in the first half of the game. The San Francisco 49ers on the other hand, looked very unimpressive in the first half. Their offense was only able score on two field goals resulting in 6 points.

Beyoncé delivered during the half time show, and I was certainly entertained by the sheer showmanship and production value that went into this year’s half time show. She literally brought the lights down in the New Orleans Superdome. Because of the power going out in the stadium, the game had to be delayed a good forty minutes. Before that happened though, Jacoby Jones of the Baltimore Ravens returned the opening kickoff for a 108 yard touchdown. This was a new Super Bowl record. It wasn’t until the power came back on that the San Francisco 49ers came out to play.

The 49ers were able to score 17 unanswered points to tighten the game. San Francisco’s quarterback Colin Kaepernick showed flashes of brilliance and proved that he will be a force to be reckoned with in the NFL for years to come. Although the game was close, San Francisco did not have enough left to climb out of the hole from the first half. The Baltimore Raves won the game 34-31.

The San Francisco 49ers fought very hard, and the game was a physical and high scoring. That is exactly what a Super Bowl should be. I would say this year’s Super Bowl was overall an exciting experience.

At least it was exciting for a football fan.

Listen to two members of The Sandspur team Greg Golden and Amir Sadeh talk about this year’s Super Bowl on The Sandspur Hour, their weekly WPRK radio show: