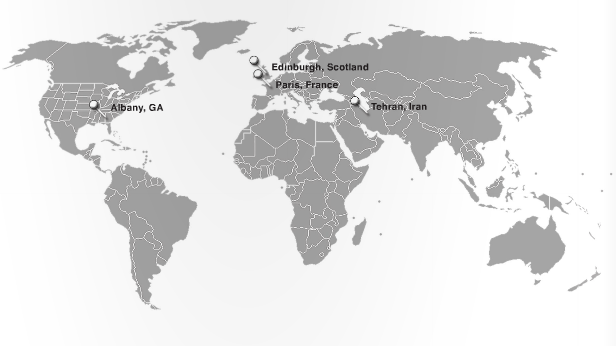 In a colossal moment in their history, the people of Scotland voted no for independence from the United Kingdom of Great Britain. With a margin much closer than some anticipated, just over 2 million people voted against independence while about 1.6 million Scots voted for it. First Minister Alex Salmond announced he would step down after the results of the vote were made public after leading the Scottish National Party for 20 years but promised that “the dream will never die,”  while the Queen called for respect and support of Scotland during this time.

The six Iranians whose video of dancing to Pharell Williams’ song “Happy” went viral have been sentenced to 91 lashes and up to a year in prison. The young people in the video broke the Iranian laws of dancing with members of the opposite sex and for women showing without headscarves. The video was brought to the attention of authorities after receiving over 150,000 views on YouTube and has since received over 1.75 million views to date.  The response has prompted an international outcry for human rights and Williams himself took to social media to express his sadness over the matter.

The French have conducted airstrikes in northern Iraq at a depot controlled by Islamist militants known as ISIL, making them the first foreign nation to aid the United States in airstrikes in Iraq. Many see this as ironic after France was one of the loudest critics of the military action taken by the US during the Bush administration in 2003 that brought to a definitive end Saddam Hussein’s Iraq. The French president, Francois Hollande, promised that further military action would follow, but also added that intervention will not go further than airstrikes.

A federal jury has found three people guilty in connection with an outbreak of salmonella in the US, including a peanut farmer and two others. The outbreak prompted massive amounts of recalls nationally. The three were originally convicted of conspiracy, wire fraud and obstruction of justice and allegedly covered up positive test results for salmonella. The outbreak led to the infection of 714 people in 46 states and 9 deaths. The trio, including brothers Stewart and Michael Parnell and Mary Wilkerson, the plant’s quality assurance manager, will be sentenced in the following months.