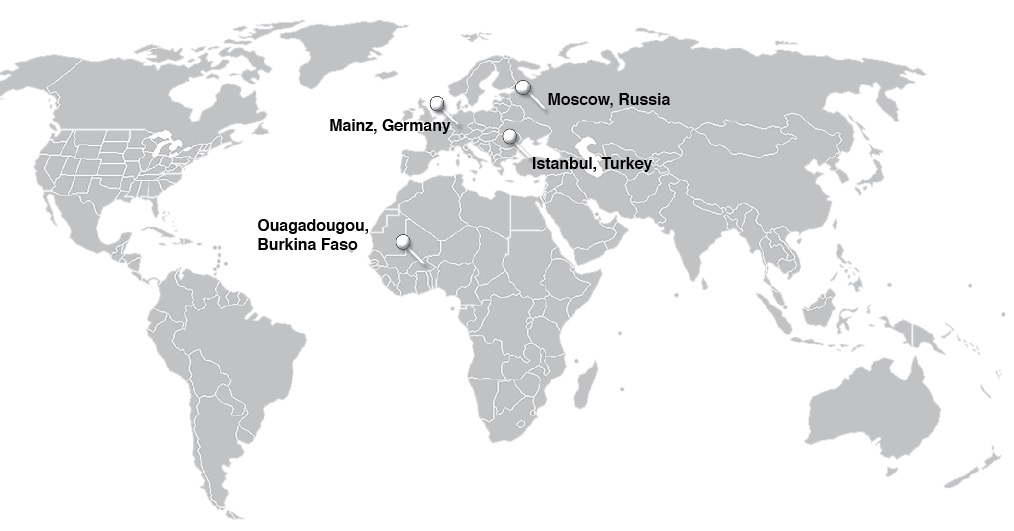 Ouagadougou, Burkina Faso
The newly instituted military rule of Burkina Faso is being asked adamantly to step down after President Compaore ended his 27 year reign over the West African nation. Mass protests erupted in the small country after it was revealed that the president was seeking to pass legislation that would allow him to stay in office even longer. Much to the intense dismay of the international community, the military immediately took over. Foreign governing bodies are now calling for the military to hand back the revolution to the people and to let civilians reelect a new leader through a purely democratic process.

Istanbul, Turkey
A migrant boat carrying about 40 people sunk near where the Bosphorus meets the Black Sea, killing at least 24 and injuring several others. It is believed that those on board were either trying to reach Romania or Bulgaria, both members of the European Union. The nationality of those onboard in unknown at this time. It is rare for these types of makeshift vessels to be in this area. Among the deceased are small children. A major coastguard mission was conducted to collect the bodies of those who passed away.

Mainz, Germany
Dachau’s infamous gate has been stolen from its front entrance. The concentration camp, similar to others, including Auschwitz, bore the phrase “Arbeit Macht Frei” in wrought iron embedded in its main gate. The phrase essentially translates to “Work makes you free.” It was used by the Weimar Republic and was carried on by the Nazi party when they took power in 1933.

The similar sign was stolen from Auscwitz-Birkenau in 2009 and later recovered in three pieces. Gabriele Hammermann, head of Dachau’s commemoration site, remarked that security at the site was in fact limited, and that they wished it to not return to a high-security facility out of respect for those who perished there.

Moscow, Russia
A statue commemorating Steve Jobs, founder of Apple Inc, has been dismantled in Russia’s capital after the company’s current CEO came out as gay. The statue, in the shape of a large iPod, was taken down after Apple CEO Tim Cook wrote a piece on his sexuality.

The company that originally erected the statue stated current laws against gay propaganda as its justification. The laws caused a particular stir at the Winter Olympics in Sochi earlier this year among western nations and sparked widespread protests and calls for boycotting the Olympics.