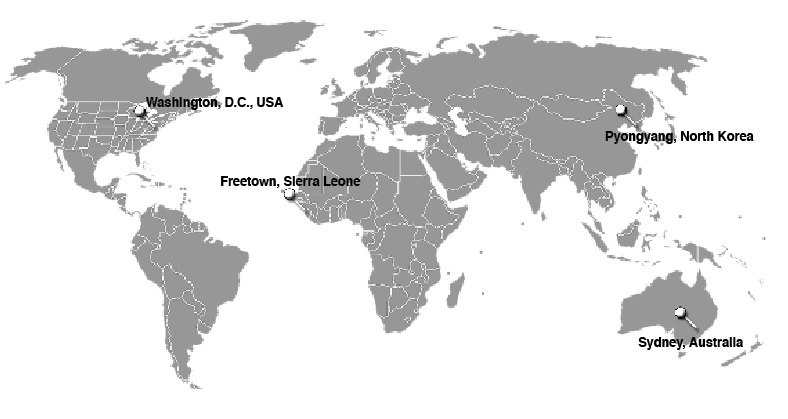 After the fourth longest tenure in the history of the position, Eric Holder is stepping down as U.S. Attorney General. He has been in the position since 2009 and is one of only three members of President Obama’s original cabinet staff that still remains. His most notable achievements while in office included the protection of voter rights, pushing for equal rights for the LGBT community, and prosecuting terrorist suspects. He is the only cabinet member in U.S. history to be held in contempt of Congress after refusing to meet demands during the investigation into the botched “Fast and Furious” operation in 2011.

The government of Sierra Leone has declared that over one million people within the confines of its borders are under curfew in the latest governmental attempt to stop the spread of the deadly Ebola epidemic. Since the implementation of the curfew over 350 new cases of the disease have been found when health workers conducted door-to-door searches; the search also found over 260 from victims, 216 of which have since been buried. Ebola has already infected more than 6,200 people in West Africa. The Centers for Disease Control estimates that without the current amped up response that approximately 1.4 million people would have been infected by January.

After he missed several public appearances, North Korean media confirmed that leader Kim Jong Un is suffering from poor health. The story was initially published by South Korean media, in which they reported that the 31-year-old dictator was suffering from gout, diabetes, and high blood pressure. He was last seen in public with his wife at a concert on September 3rd. The North Koreans would not confirm any specific illness but did say that he was suffering “discomfort.” According to various sources, he is simply suffering from excesses in unhealthy food and alcohol consumption.

Following a string of protests and some international outcry, the Australian government signed an agreement with the Cambodian government to send some rejected asylum seekers to Cambodia in exchange for payments amounting to $35 million. The payments will be made over four years and go towards “developmental aid projects.”  The asylum seekers, mainly coming from Afghanistan, Sri Lanka, Iraq and Iran, will go to Cambodia in small trial groups. Many have protested the decision, saying that Cambodia is too corrupt and impoverished to effectively take on the challenge and that Australia’s treatment of the refugees in inhumane and deplorable.