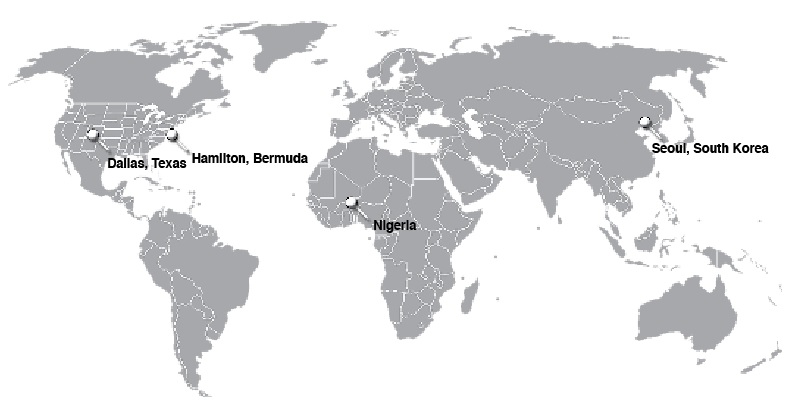 Dallas, Texas
Two health care workers who handled the Ebola patient in Dallas have been diagnosed with the disease. The first diagnosed, Nina Pham, was put in isolation almost immediately after registering a fever on October 10 and subsequently tested positive for Ebola. She was transported to a National Institute of Health facility in Bethesda, Maryland. The second nurse, Amber Vinson, was transported to Emory University Hospital just days after her coworker was diagnosed, having already taken a commercial flight from Cleveland to Dallas. Texas Health Presbyterian and the Centers for Disease Control have been criticized for not having a strict enough protocol in place to prevent the further spread of the disease. Those who had possible contact with any of the infected are under close watch by the Centers for Disease Control for 21 days since their initial contact.

Nigeria
Nigerian Chief of Defence Staff Alex Badeh announced last week that Islamist militant group Boko Haram had agreed to a ceasefire and a release of the more than 200 abducted school girls. The girls were taken from the northeastern state of Borno six months ago. Negotiations have been going on for a month, with the Nigerian government having met with leaders of the terrorist organization twice. Boko Haram has killed more than 5,000 civilians since June of 2009 and killed an estimated 2,000 just in the first half of 2014; the Nigerian government declared a state of emergency multiple times in response to the violent acts of the group.

Hamilton, Bermuda
A category two hurricane by the name of Gonzalo slammed into Bermuda last week, downing trees and power lines, scattering debris far and wide. Wind speeds reached 110 mph and the top power provider, Belco, estimated that 40 percent of the island was without power. Roads across Bermuda are blocked off from debris, making it difficult to impossible for damage repairs. Gonzalo is the strongest Atlantic hurricane since Igor in 2010. The effects of the hurricane were felt throughout portions of the southeast in the United States as it created swells and life-threatening rip current conditions.

Seoul, South Korea
At least fourteen are dead just south of country’s capital city after a ventilation grate collapsed at a concert. About a thousand people were present at the pop concert in the new Pan-gyo Techno Valley, a sort of Korean Silicon Valley. Concert-goers on top of the raised ventilation platform fell 66 feet into the parking structure beneath them. At least ten more were injured in the incident, and a fire official remarked that the current death toll could rise as some remain in critical condition.