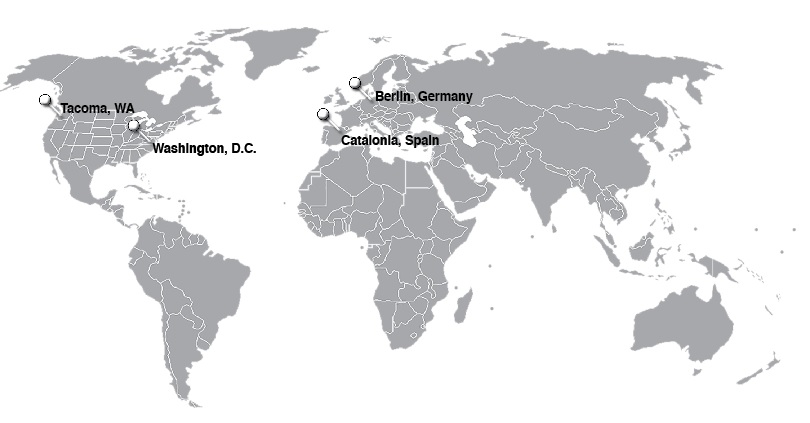 Tacoma, WA
American detainees Matthew Todd Miller and Kenneth Bae were released from a North Korean detention facility after spending a combined 31 months behind bars. Miller was given 6 years of hard labor for what North Korea described as “hostile acts” after he was arrested in April of this year. Bae, arrested in November of 2012, was sentenced to 15 years of hard labor after being accused of using his tourism business to try and overthrow the government. US Director of National Intelligence Jake Clapper accompanied the duo back to Washington state on November 7.

Berlin, Germany
The city of Berlin marked the 25th anniversary of the Berlin Wall’s fall by releasing 8,000 helium-filled balloons into the sky. The wall, built in 1961, was meant to prevent people fleeing from the communist East. At least 138 people died while trying to reach West Berlin. Its demise in 1989 was a great signifier of the end of the Cold War. Chancellor Angela Merkel visited a small remaining part of the wall to place a rose on it. The wall, after being taken down, was sent in sections to various places around the world.

Catalonia, Spain
Citizens of the autonomous community of Spain, Catalonia, took to the polls to vote on their independence. Catalonians proved their overwhelming support for the idea of becoming an independent nation as 81% of the 2.3 million turn-out voted “yes.” Catalonia is located in the northeast region of Spain and includes the populous city of Barcelona. Spain’s prime minister, Mariano Rajoy, has previously stated that a true referendum, like that which took place in Scotland in September and had the possibility of real political and economic consequences, is unconstitutional and he that he will continue to block such.

Washington, D.C.
President Obama has nominated Loretta Lynch to serve as the next Attorney General following Eric Holder’s resignation from the position seven weeks ago. Lynch currently serves as a federal prosecutor in the Eastern District of New York which encompasses Brooklyn, Queens, Staten Island, Nassau and Suffolk counties. If her appointment is confirmed by the senate, Lynch will be the first African American woman to hold the position.
During her tenure in New York she has handled both civil rights cases (including the recent death of Eric Garner brought on by a prohibited chokehold) and cases of corporate fraud.