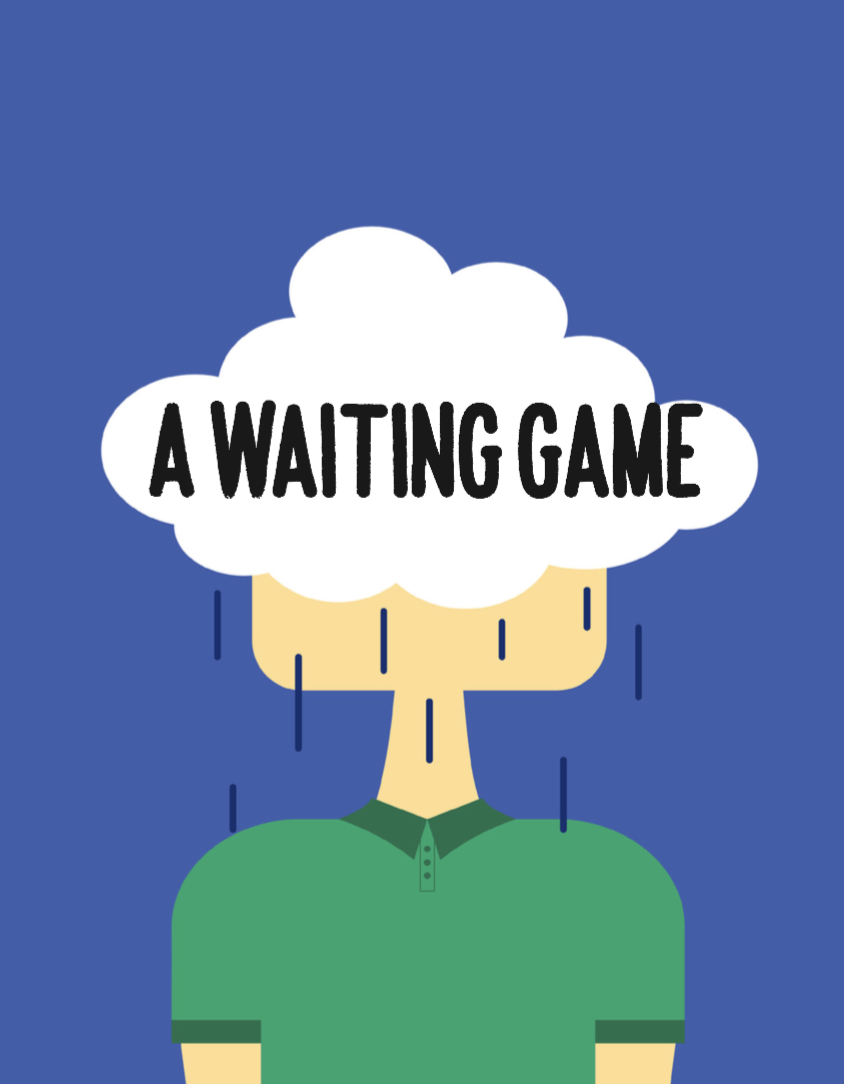 An unprecedented number of students are using Rollins’ mental health counseling services, but the Wellness Center cannot keep up, forcing students in need of psychiatric help to sometimes wait more than two weeks for an initial appointment.

This demand has left some Rollins students concerned about the access and delivery of much needed mental health services to the campus.

Even with these wait times, students say the center’s Counseling and Psychiatric Services (CAPS) program has had an invaluable impact on their lives. Read “Anxiety, depression overpowers this student, but counseling helps” for one student’s story about juggling mental health issues with college life.

“We are trying to advocate for getting more resources, but there is a finite amount of resources out on a campus,” said Dr. Connie Briscoe, director of the Wellness Center.

This increase mirrors a national trend in what some psychologists are calling a “mental health crisis.” According to the World Health Organization’s 2018 study, nearly one in three college students struggle with a mental health issue. Major depressive disorder was the most common, followed by generalized anxiety disorder and substance abuse.

These national statistics are consistent with Rollins students’ experiences. The top three reasons that Rollins students seek counseling are related to depression, anxiety, and relationship problems, according to Briscoe. “I’m not sure I would call it a mental health crisis,” she said, “but I do know that we are seeing more students that are in crisis than ever before, and the severity of what students are dealing with continues to grow.” Briscoe also said it is impossible to know whether these mental health issues have always been there or if they have recently manifested within students.

“We’re definitely seeing more students who are coming and openly talking about having thoughts of suicide and/or wanting to kill themselves,” she said. Briscoe identified some good news in that these students in crisis are asking for help.

Yet, when they do need help, they may not receive it in a timely manner. In 2018, the average wait time for a CAPS appointment was 6.5 days. This year, it is 14 days, according to Briscoe. A student’s wait time increases depending on their specific needs and availability: requesting a certain day, counselor, or counselor gender all play a role in how long they wait.

“On any given day, a student can actually be seen the same day if they feel like what they’re going through is a crisis and they really need to be seen,” said Briscoe. “Most of our students who are calling and getting appointments are saying, ‘I’d rather be seen sooner than two weeks, but I’m okay, I don’t need to be seen today.’”

However, each person defines a crisis in a different way, and some students may not know that they are truly in one.

Ryan Marini (‘21) is a student who lives with severe anxiety and depression. She said that when she makes her CAPS appointment she may not be in a crisis, but waiting two weeks to see her counselor may send her into one. Marini has taken three medical leaves from Rollins because of her mental health, and using CAPS has been an integral part of her time here.

She recalled an incident earlier this semester when she had to wait three weeks to see her preferred counselor. She knew that she needed to get in for an appointment, but in that moment, did not think she was in a crisis.

“I just needed to see her,” said Marini, referring to the CAPS counselor she has been seeing for nearly two years. “It was like one step down from a crisis. For me, in my personal definition, a crisis is that you feel like you have no other options. I wasn’t at that point.”

“It was so frustrating. I just didn’t know what to do because at that point things were already snowballing and I really needed someone that had context,” she said, “someone that knew my backstory and that could give me the advice that would be most accurate.”

So, she decided to wait. “The wait just allowed things to get worse,” she said.

Marini first started using CAPS after her professor referred her to the program, something that is becoming increasingly common as knowledge about the center increases and the stigma around mental health issues lessens. From 2017 to 2018, CAPS referrals by faculty and staff increased by 300 percent.

This referral service is just one of the ways Rollins identifies and monitors at-risk students. The college has three tiers of intervention teams that identify and work with students who may be in a crisis, and the offices involved intervene at elevated levels.

These intervention teams are different than CAPS in that they do not offer clinical therapy, but instead monitor at-risk students and help them find the resources they need.

In the last three years, the Office of Student & Family Care has seen a 165 percent increase in its intervention cases. This office is the first step of intervention, and it works with any student of concern.

“They are like that first tier of identifying whether something might be going on with a student,” said Briscoe. “Through their office, we hope that we can identify things as early as possible before they get to a crisis point.”

If the student remains at a level of elevated concern, and their plan with the Student & Family Care office does not improve their mental health, then the Care team, which is made up of administrators from different departments, may intervene. This team has seen a 56 percent increase in cases over three years.

The highest level of intervention is the BETA team, which looks at whether a student is a threat to themselves or the community. This team has not seen any increase in its intervention cases.

As the number of students in need of care increases, the staff within the Wellness Center has only slightly increased.

The staff that manages the thousands of appointments each year is small. There are currently five full-time counselors, including Briscoe, and five part-time graduate students working two to four days per week.

If it is seen that a student needs additional resources outside of counseling, like medication, they are referred to the college’s two contracted psychiatrists, who come to campus for a combined eight hours per week.

Nationally, a 2018 Healthy Minds Study found that 23 percent of all students are taking psychiatric medication, up from 18 percent in 2016.

Since Briscoe assumed her position in July 2014, she has advocated for increased staffing, funding, and campus outreach. In the last five years, a substance abuse counselor, second psychiatrist, outreach coordinator, and third nurse practitioner were added to the staff.

Few of these positions are permanent, though. The positions for the second psychiatrist and dietician, who are each on campus for only four hours per week, do not have permanent funding.

“I hope to one day receive permanent funding for these two contracted positions, but the gift funds have allowed us to provide these valued services for our students for the past two years,” said Briscoe.

The Wellness Center is actively studying various intervention models to lessen wait times while providing the highest quality of student care. “There’s no perfect model. We are determined to figure out what the best model for Rollins might be,” said Briscoe.

If you are in need of after hours crisis counseling, call the Wellness Center’s 24-hour, toll-free number 833-848-1761 to be connected to a counselor.