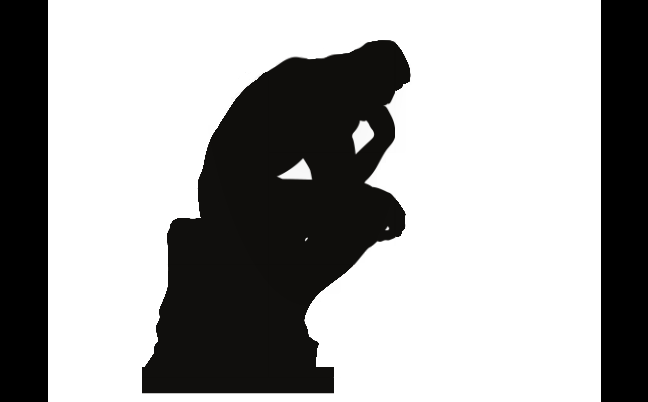 Introverts may be the latest club to die out, but two student’s efforts mark a quiet journey.

In the corner of the Lucy Cross Center for Women and their Allies in Chase Hall sits a single member of the most elusive club on the Rollins College campus—Introverts United. The rest of the space is empty as co-president Jonathan Pamplin ‘14, taps away at the keys of his laptop, the glare from the screen reflecting in his glasses and long, sandy brown hair.

The club originated two years ago at a leadership training session for student leaders from OMA, where Pamplin and alumni Michael Barrett mused over the idea of having a convention for introverts. A sheet of paper was passed around asking if anyone would be interested in a club dedicated to introverts. With about a dozen signatures, a few weeks later the club met in Chase Hall, with three total members, two of which were Pamplin and Barrett.

Eventually, the club had an average of 6-8 regular members. At times they would even have to break into smaller groups to allow for more comfortable, intimate discussions about being an introvert in a world that rewards extroverts. Group discussions included topics such as how introverts manage in the classroom with dreaded group work and tricky participation grades.

Though the club’s activities cater to a larger crowd than one might think, the turnout has diminished substantially. “Student groups are one of the first things people drop when things get busy…most of the regular members have graduated and a lot of the ones that remain don’t show up,” said Pamplin. Now it’s down to Pamplin and the other co-president, Jordan Rickman, ‘14.

Rickman’s experiences studying abroad in Japan allowed him to discover how introverts are treated differently in various cultures. “In Japanese culture, people will have a small, close-knit circle of friends, and they’ll stay friends for their entire lives,” he said. Even the businessmen value long-term relationships, rather than fleeting interaction. Meanwhile, western culture adores the business-savvy extrovert. Colleges encourage students to be skilled in the art of working in teams and networking their way to the top of the proverbial ladder of success and social acceptance. “Group think and aggressive dominance take hold,” said Pamplin, “and introverts tend to get washed out in those situations.”

If the extrovert is the guy who can think quickly, be energized around groups of people, and doesn’t mind endless talking, then what makes someone an introvert? According to a Swiss research study, introversion has a great deal to do with heightened sensitivity to the external world. Introverts generally feel drained from constant social interaction and shallow conversation. They also need to perform tasks at a less rapid, overwhelming pace. The stereotypical image of an introvert is a shy, quiet, antisocial character, but introverts’ personalities vary. What binds them together is their need for smaller group interaction and sufficient alone time to recharge.

It comes as no surprise that a campus as small as Rollins would be home to a club that reaches out to people with these characteristics. A smaller campus and smaller class sizes seem to be the ideal academic setting for the creative introvert. “If we were at bigger schools, introverts could probably blend in more, because with a smaller number of people it’s kind of highlighted,” Cecelia Harold, ‘15, argues. Introverts United is one of the few clubs in the country that is dedicated to the discussion and understanding of the often misunderstood introvert. The Rollins club even received attention from the New York Times.

Susan Cain’s book Quiet: The Power of Introverts in a World That Can’t Stop Talking has made introversion a hot topic. YouTube videos mentioning the quirks of an introvert sprang up. Dozens of articles were published about what it means to be an introvert in the workplace and in relationships. As long as there is a social awareness of introverts in popular culture, college students will realize that it isn’t necessary to discipline themselves into becoming extroverts in order to prepare for the “real world”.

“I always thought that I was socially incompetent or something,” Pamplin said, “but it wasn’t that, it was just my inclination to be alone.” Since Pamplin, Rickman, and Harold are upperclassmen, the club faces extinction. The meetings have been put on hold while the group contemplates the club’s future. “The Office of Student Involvement and Leadership will maintain its ‘Get Involved’ page and constitution,” said Pamplin, “and if some students down the line decide to revive.