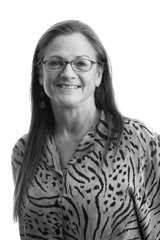 Ann Francis, program coordinator for the Environmental Studies Department and the Sustainability Program, is retiring this summer.

Francis just celebrated her 25th anniversary of working at Rollins and has been the driving force for the Sustainability Program.

“This has been my heart for 20 years,” Francis said. “Sustainability and the environment are important to me.”

The Sustainability Program provides many on-campus services. Until last year, recycling was its major focus, but on-campus recycling was removed due to high contamination rates. Now, all of the college’s waste–including recyclables–are burned and turned into electricity. Cardboard is the only material currently being recycled, which is compressed by Facilities.

“I think the administration did not feel like recycling was working, but it hasn’t just been difficult here; it has been difficult on college campuses’ throughout the nation,” said Francis.

Francis has overseen the growth and success of many sustainability initiatives on campus, including the bike program, which has increased the number of on-campus bikes from eight to 44 since 2011.

Francis has also overseen the on-campus urban farm, which provides organic produce that the Sustainability Program sells to Dining Services. After a hiatus, the program was able to “get back to growing and harvesting for the Marketplace,” Francis said.

When Francis transitioned to the Environmental Studies Department, the recycling program was just beginning, spearheaded by two environmental studies majors. Before that, there was no organized initiative on campus to promote recycling.

Students worked with Waste Management and Facilities to incorporate single stream recycling, which remained on campus for 15 years.

Francis and the Sustainability Program meet every two weeks to plan educational events for the campus community. Her executive team meets more often and talks about the future of the program.

“We have been a close-knit group since day one,” Francis said.

For the future of the Sustainability Program, Francis hopes for a director who will oversee the program as well as the sustainability of the entire campus.

“A lot of colleges have people in those positions, and, up to this point, it has pretty much just been me,” Francis said. “That’s what I would love to see happen, but I don’t see it happening for a bit of time; we were getting closer in conversations until the pandemic.”

Francis enjoys keeping past students up-to-date on how the program has grown over the years.

“I am just so blessed to have such incredible students,” Francis said. “The hardest part [of retiring] right now is leaving the students.”

When Francis officially retires, she plans to travel both domestically and internationally.

“I have not been to the midwest, and there are a lot of things I want to see in this country,” Francis said. She also wants to volunteer more, specifically at the Humane Society.

Francis wants students to remember that sustainability means looking at the world in a different way.