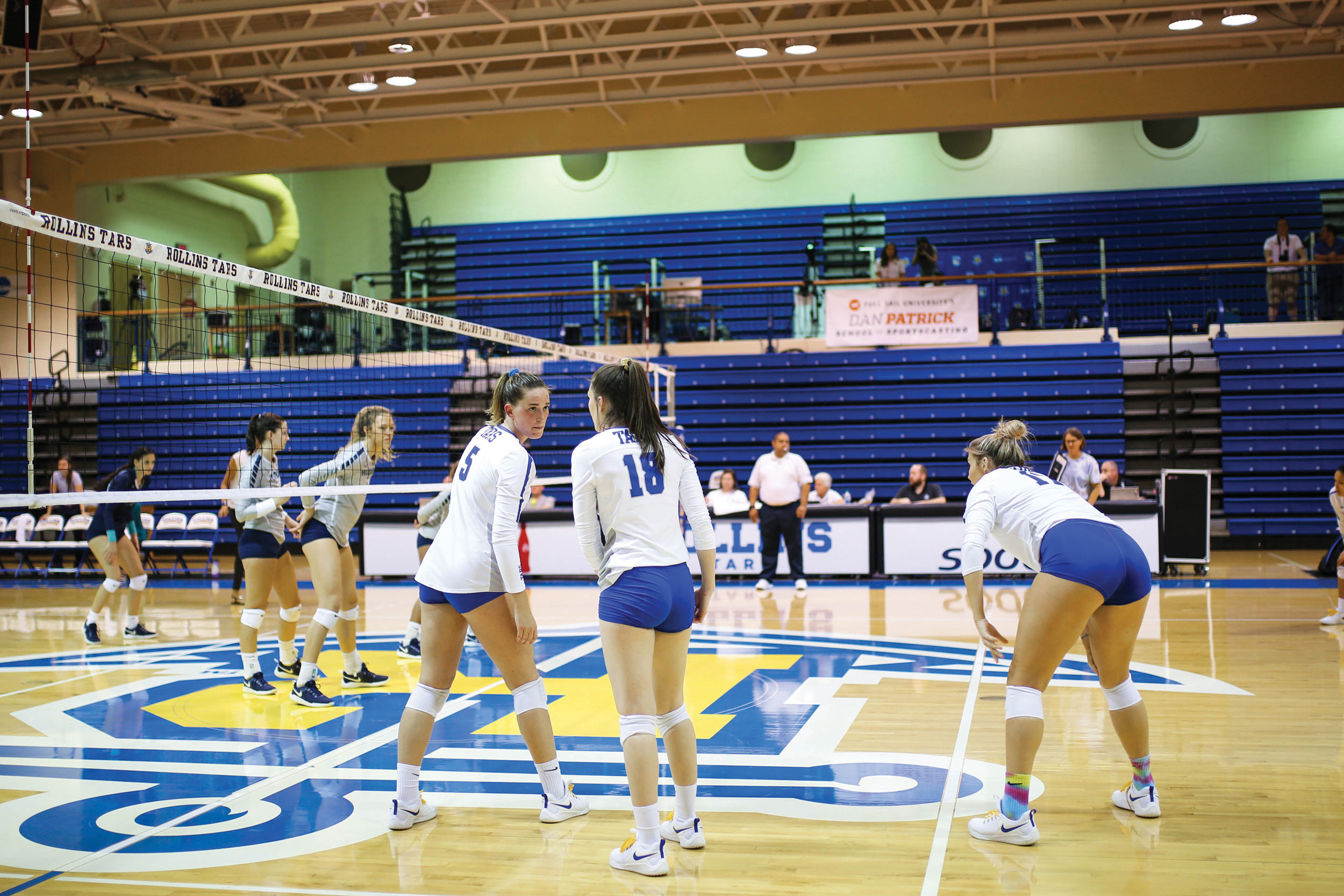 The Rollins Women’s Volleyball team was charged with energy and new resolve after it fell short of victory in two highly contested home games. The Tars were beaten 3-1 by both Eckerd College and Florida Southern College.

After the loss, the Tars reflected on techniques it needed to work on before their game against Florida Southern.

“After Thursday, we were not really pleased with our effort. We did not feel like we played very relentlessly, and that was something we went into practice Friday focused on improving,” Head Coach Mika Robinson said.

Robinson said that the girls need to work on consistency in the coming weeks.

Johnson had issues with her shoulder last season, but she made a full return to the court on Saturday.

“I have played a few times since my shoulder injury, but this is the first time I played the whole game. It feels good to be back on the court for the full game,” Johnson said.

At the same time, Durbin held an exceptional game against Florida Southern with 23 digs. She was also a starter in the game against Eckerd and has been a strong contestant since coming to Rollins.

Robinson feels her players improved after their practice for their Saturday game against Florida Southern, regardless of the scoreboard’s final reading.

“Our effort was something I was real pleased with tonight, defensively. Especially floor defense wise; we played a much more relentless game, and we were much more disciplined in what we were doing defensively. So that was a really positive thing,” Robinson said.

However, Robinson also recognizes that there is still a lot of work to be done: “I think first we need to work on contact ball control. That kind of broke down, especially in the last set against Florida Southern.”

Robinson said she believes that the players work well together, competing with great cohesion and energy on the court. Like Robinson, they know what needs to be improved and how to start playing better in future games.

Riley Spurlin (‘23) said that she could “always improve” on her blocking. She played a strong offensive game, with 10 kills against Eckerd and 32 total attempts. She scored 20.5 points between both games.

Harper Smith (‘21) and Alexis Yeager (‘23) were recently injured and could not play in the game against Florida Southern on Saturday afternoon.

“We really do not know right now when they will be back. Hopefully it will not be very long, but we are just having to wait and see. It is a day-by-day thing,” Robinson said.

After the team suffered two disappointing losses last week, they are striving to refine their skills before their next away game on Oct. 11 against Palm Beach Atlantic.

Johnson said, “I think we did a good job with service seat and staying aggressive. Swing serving probably could have cleaned up a little bit but I think we were serving aggressive overall. We also need to work on finishing and being relentless all the way through and consistent with that energy.”

Robinson also commented on the team’s defense: “Defense is something that has not been super strong for us all season, so we are working to make that better as we go. We are always looking to get better at blocking as well.”

The women have positive attitudes and are ready to play their best games. As a team with no seniors, they have a serious chance to further their already-strong court chemistry.

“We are such a young team and have so much potential to grow and be the best we can,” Spurlin said.

Catch the Tars at their next home game on Oct. 29 against Florida Tech.