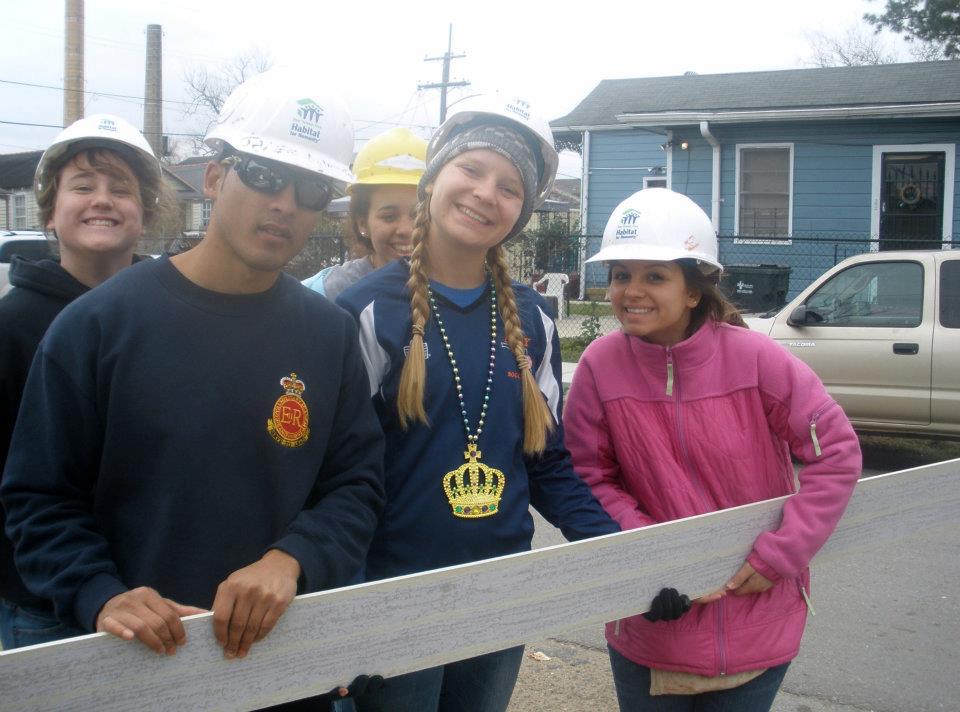 Katrina Not Forgotten in NOLA

Today, most people do not think of New Orleans unless the Saints are playing or there is a tense game between Alabama and LSU, but sadly, New Orleans looks the same way it did six years ago, right after Katrina. The storm washed away thousands of homes and changed people’s lives forever.

Since its inception, Rollins Relief has been targeting areas around the world that are suffering the effects from natural disasters. Adrian Cohn ‘10, a member of the original Rollins Relief group, once stated, “All disasters have three stories. The first is the storm itself, the second is the aftermath, and the final story is rebuilding.” With the intent of taking part in the ongoing third story of Katrina, a group of 18 decided to spend this intersession doing something more than taking an expedited class.

NOLA 2012 marked the 11th trip that Rollins Relief has made to Louisiana. The team traveled to New Orleans to be immersed in the culture and to witness firsthand the devastation that permeates the city.

Passing the abandoned, dilapidated houses and reading the notes police had spray painted on the doors to signify when the home was checked, how many people died inside, and if the home was to be demolished or not is hardly an image soon forgotten.

By rebuilding homes with Habitat for Humanity, these 18 students, along with AmeriCorps Vista for the Office of Community Engagement Tocarra Mallard ‘10 and Adrianne Benso, who works in the Office of the Vice President for Planning and Dean of the College, completely changed a community and each other.

Christian Barrett ’15 said his “experience in NOLA was great but there were parts of it that were sad at the same time. It was refreshing to see so many young people taking time out of their own lives to make a difference in others. It was surprising to see how much devastation Hurricane Katrina actually caused and how many lives it ruined.”

Armed with the knowledge that the Rollins Relief experience in NOLA provided, the intersession group seems to unanimously agree that the next step is to tell everyone possible, to spread the word, to get more volunteers, to write to the government, and fight to help people who so desperately need it.

“I think one of the most terrible things I learned while I was on the trip was that FEMA has actually been contacting Katrina victims and telling them they gave them too much money,” said Mackenna Bowles ‘14, president of Rollins Relief.