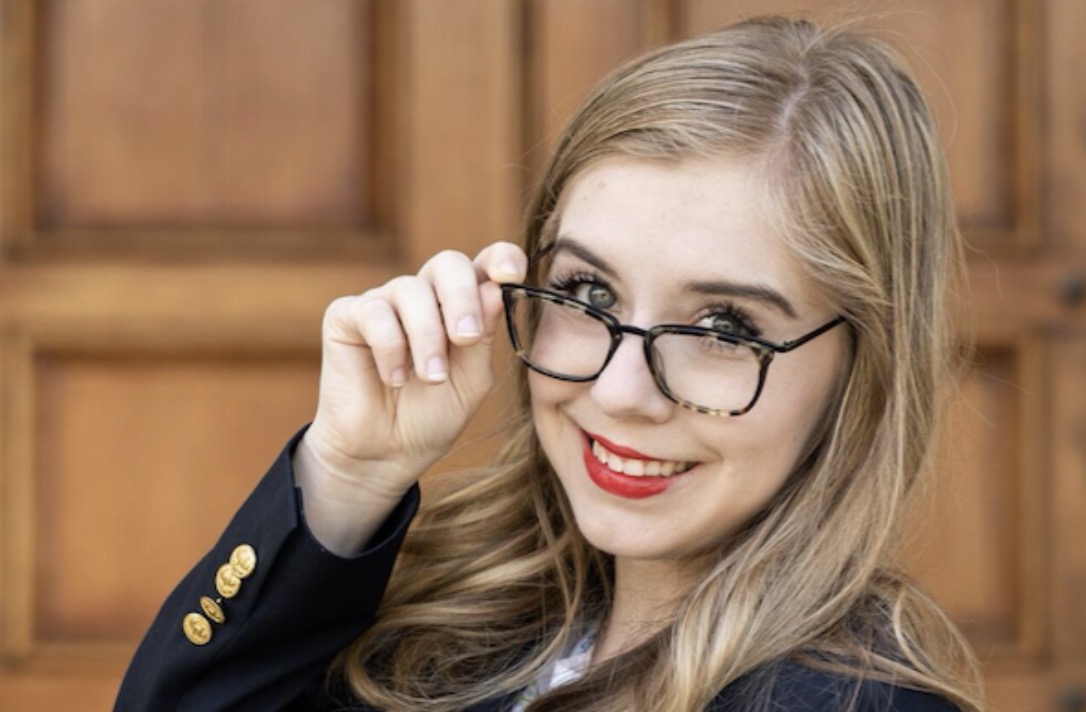 One in five women will be sexually assaulted at some point in their lives. In eight out of 10 cases, the victim knows the perpetrator, but Bethany England (‘21) did not.

It was a Saturday night, and England, a freshman at the time, was studying at her favorite restaurant on Park Avenue. She was casually drinking when a man nearly 30 years older than her approached her and slipped a drug into her drink. Later that evening, that man followed England back to her dorm room and assaulted her.

The next few months would be emotionally harrowing and difficult to endure. “Waking up each morning was one of the hardest parts,” she said. “Getting out of bed was difficult.”

“Whenever I smelled my assaulter’s cologne, it induced panic attacks. One day I fought so hard to get to class but when I smelled the cologne on someone walking past me, I had to turn around and go home. I couldn’t do it,” she said.

Despite this immense difficulty, England channeled her experience into advocacy. She said that sharing her story has not been easy, but it has been necessary in breaking the stigmas of shame and guilt that are often associated with sexual assault and trauma.

“I want to advocate on behalf of women’s rights, helping other women going through sexual assault by sharing my story. I also want to provide strength to these women and create an environment within my personal life where women build each other up” England said.

Last year, England shared part of her story on Rollins’ #FindYourAnchor platforms during a Women’s History Month segment. “Sharing my story felt empowering because I realized I could take back my life by speaking out,” she said.

England has begun speaking about her experience publicly and discussing her coping mechanisms with colleagues and friends both on and off campus. She said that she has not forgiven her assaulter, but gained courage and strength from her experience.

With the growth of social movements like #MeToo and Time’s Up, college campuses across the country have started offering more services to support victims of sexual assault and violence. Services through Rollins’ Office of Title IX are available to all students, and England encouraged victims of sexual assault or harassment to go to them if needed. “I went to Title IX and received counseling. Title IX was extremely helpful and they gave me and my friend accommodations when I needed assistance speaking to my professors and getting help.”

The first six weeks of the college semester are what researchers often refer to as the “red-zone.” It is a period of time when students, particularly first-semester freshmen, are at a heightened risk for sexual assault due to increased rates of alcohol consumption and unfamiliarity with new environments and experiences.

Before coming to Rollins, England spent time in St. Louis and briefly attended a community college. “I moved so much that I didn’t feel like I really grew up in one single place,” England admitted. “I was a military brat and by the time I turned 18, I had lived in 14 different homes.”

As a teenager, England was bullied by her peers who called her a ditzy blonde, and she was told that she would never make it to college, let alone excel in her classes. Struggling with anxiety and dyslexia, England started to believe the taunts thrown at her by her classmates, and her self-esteem declined.

However, while at community college, England scored in the top percentile of her English placement test, earning 109 out of 110 points.

Although England knew that she was smart on paper, she struggled to internalize her successes. It was not until her arrival at Rollins that she began to realize who she said she truly was: an intellectually gifted feminist who loves all shades of pink.

Three weeks into her first year at Rollins, England was assaulted. Immediately following the incident, England reached out to trusted loved ones and was able to receive counseling services and specialized, confidential support.

“Although my assaulter controlled me for two hours of my life, he does not get to dictate how I spend the thousands of hours I have left to live,” England said.

Upon graduation, England hopes to pursue a career in research psychology, attend graduate school, and possibly work for the National Aeronautics and Space Administration or Tesla.

“It has been less than a year [since my assault] but it’s important to stay in tune with your emotions. The sixth month mark was hard but I am confident about this next semester,” she said.