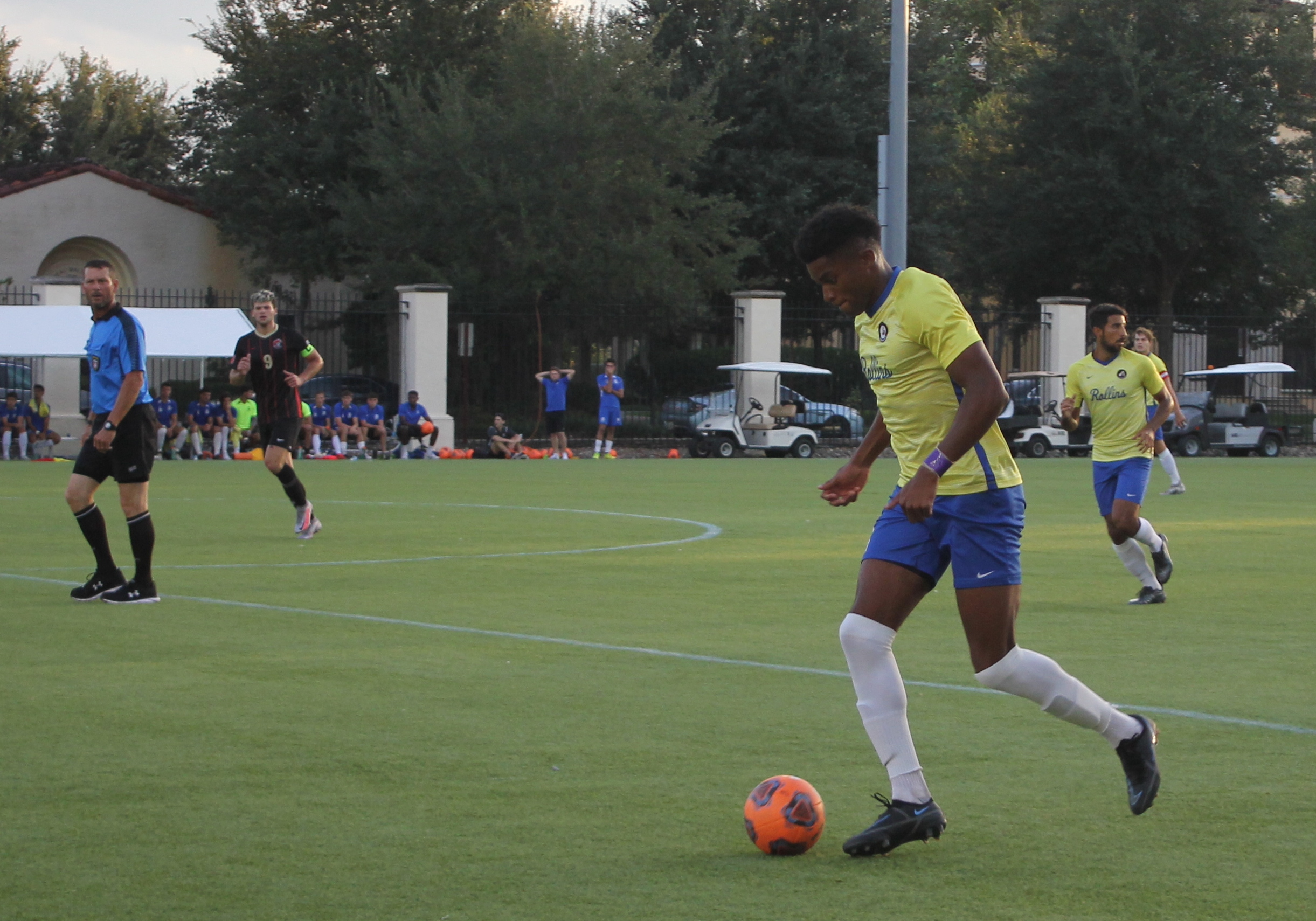 The Tars were handed a pair of frustrating home defeats, namely 0-1 against Tampa and 0-2 against Barry on senior night.

“The Tampa game was a prime example of a very well played game with a very unfortunate result. No one can question the effort from our players, but we just lacked the fortune of putting the ball in the back of the net,” Martinez said.

The coaching staff said that the Tars were better in possession, controlling the game and creating chances, but the Tampa keeper had a career game on Saturday. Wednesday’s game, on the other hand, saw the Tars performance as lukewarm, far from their typical performance.

“We are disappointed with the performance, it simply wasn’t good enough,” said Head Coach Keith Buckley. “That was our worst performance of the season. Barry fully deserved to beat us today.”

Rollins did not force the Barry goalkeeper to make a save in the first half. He was, however, put to the test twice in the last 15 minutes and forced to perform two miraculous stops.

The match was a particularly delicate one, since Barry’s win means the team has now caught up to Rollins in the Sunshine State Conference (SSC) standings, jeopardizing the Tars’ postseason plans.

“We just had to win it, we knew that, but we didn’t,” said Buckley. Now, the Tars will be traveling to Nova Southeastern for the final showdown of the regular season.

“The learning curve between now and then has to be very steep. They’re a good team, so we have to go there and perform,” Buckley said.

Buckley does not think the postseason implications bring any significant pressure to the players after training together for so long throughout the season.

“Nevertheless, I truly believe this has been the best squad I have seen throughout my time at Rollins. The amount of experience and talent is unparalleled to other years,” Martinez had said prior to the game about his teammates.

They will have every chance to prove that come Tuesday. Until then, Buckley said he knows what to do.

“We have to shake it off, respond, get back at it tomorrow and figure this out – look at the video and make the adjustments,” he said.

The team has come back from behind on multiple occasions this year. The team culture is governed meticulously by the upperclassmen, such as the seniors that were celebrated ahead of Wednesday’s game.

Martinez said he considers “everyone on the team as my brother” and that a competitive, but tight-knit culture is bound to bring success to the team. This is particularly exemplified in his position, where four goalkeepers compete for one starting spot in the line-up.

“I won’t sugar coat it — competition gets fierce at practice, but we all do so in a respectable manner,” Martinez said. “When I am serving balls to my teammates, I always strive to do my best so I can best prepare them for the rest of practice. I believe competition is necessary to push each individual to the best of their abilities.”

Buckley praised his seniors, both for their performance on the field and their contributions outside. He said that Martinez, Victor Molitor, George New, Will Centeno and Max Muecke (all ‘22) were all instrumental in the growth and success of the program through unprecedented times.

Buckley said, “This is a really good group. It’s not been easy with COVID and everything else. They’re great guys, great people, great students and they’re going to be very successful.”