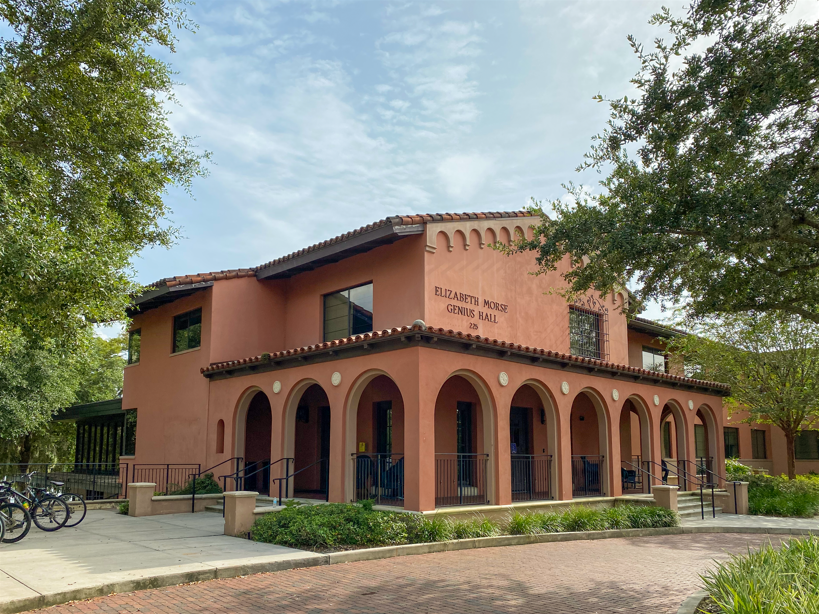 On the morning of Sunday, Aug. 22, at approximately 3:30 a.m, a student trespassed into the Elizabeth Morse Genius Residence Hall. The student, who had lived in Elizabeth Hall last year, thought he still lived in the dorm.

When other students attempted to help direct the student, he became agitated. He allegedly shouted profanity, threats, and homophobic slurs, requiring the Resident Assistants (RAs) to be woken up and a report to be filed with Campus Safety.

Eyewitness Pia Hernandez (‘25) said the student approached the room insisting he lived there. The actual residents of the room, Anthony Ramirez (‘25) and Daniel Pierto (‘25), were unavailable.

Hernandez had been waiting outside the room to collect some items she had left there earlier in the evening, unable to enter because she believed it to be locked.

At this point, Hernandez knew that the student’s claims to live in the room were false. When Hernandez corrected him, the student changed his story, admitting that he had previously lived there.

Hernandez said that the student was acting “very weird … the energy and the mannerisms [he was displaying].”

When he refused to leave and became aggressive, Hernandez and her friend Tey Gonzales-Winters (‘25), who had been waiting with her, decided to get the RA from down the hall.

Later, the student walked to Ramirez’s and Pierto’s door and opened it. Before leaving, he made derogatory remarks to Hernandez and Gonzales-Winters, as well as to other students in the surrounding dorms, who had come out to witness the scene.

Gonzales-Winters noted that some of these remarks were homophobically charged, including a common slur used against the LGBTQIA+ community.

Gonzales-Winters, who identifies as bisexual, said that she did not take particular offense to the comments, brushing them off.

Rosalie Roffler (‘25) and Joseph Lambert (‘25) also witnessed part of the event. Both students confirmed Hernandez’s report and said that the upperclassman appeared to be acting strangely and aggressively.

RA Josh Perez (‘23) said that a report was filed with Campus Safety. Perez also stated that the student’s case would likely be sent to the Office of Community Standards and Responsibility for review. At the time of writing, the case has yet to be settled, as the investigation is still active.

It is worth noting, however, that at the time of writing, no report of the trespassing has been uploaded to Rollins’s Fire and Crime Log. The shouting or use of slurs alone is not enough to document a report of the incident.

On Sept. 1, a timely notificadtion was sent to notify students of a sexual assault incident that occurred in Elizabeth Hall. A current version of the Fire and Crime Log can be accessed here.

Ken Miller, director of Campus Safety, said the case is not being considered a break-in, as there was no forced entry. The offending student was most likely let into the building by another student.

According to Miller, “As a double check, the exterior doors of Elizabeth Hall were inspected by a member of Campus Safety and the locksmith from Facilities to ensure that they were, in fact, secure.”

Additionally, the forced entry into Ramirez’s room was most likely not due to the offending student breaking a lock. Rather, it is probable that the door to the room was shut but had not been fully pushed to engage the lock.

Perez came to this conclusion as well, mentioning that it was already known that the lock on Ramirez and Pierto’s door was not fully engaging unless force was applied when shutting the door.

Students concerned for their security should push their door closed until they are certain the locking mechanism is fully engaged and are encouraged to use their deadbolt if they have one.