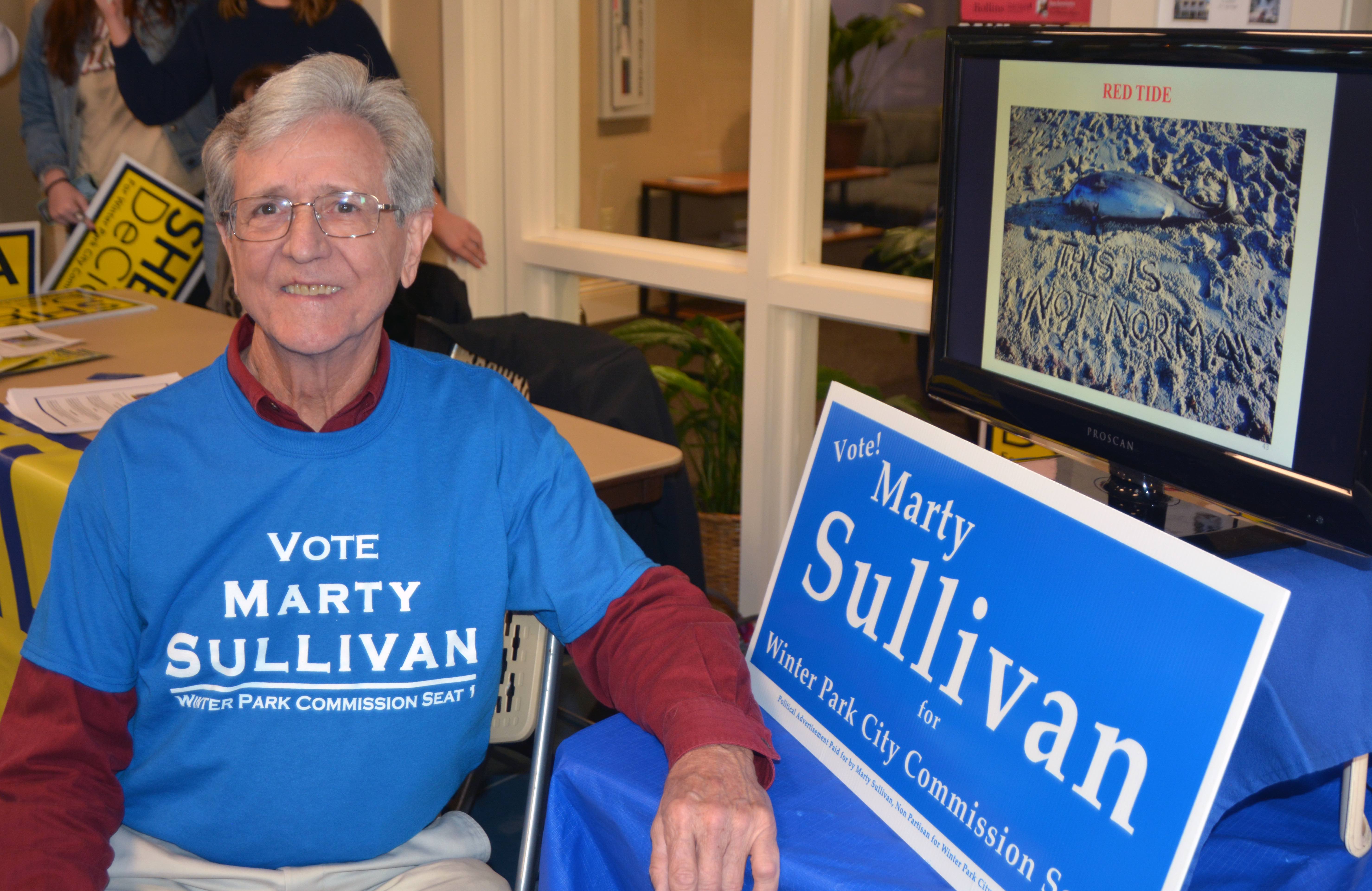 This March, two City Commissioner seats for Winter Park will be on the ballot. With four candidates, Rollins students could play a key role in determining the results of the election if they vote.

City commissioners are in charge of helping develop and enact policies for the city. They also help edit and develop laws that are meant to benefit civilians.

Incumbents Sarah Sprinkel and Greg Seidel are not running for reelection, although Sprinkel intends to run for mayor of Winter Park in 2021.

Sprinkel and Seidel’s departures open Seats 1 and 2 of the Winter Park City Commision this election season.

All four candidates have never run for government office before.

After living in Winter Park for 23 years, the Rhode Island School of Design graduate, Jeffrey Blydenburgh, is running to increase his volunteer work in Winter Park.

Blydenburgh has previously volunteered for organizations such as Habitat for Humanity, the Boy Scouts, and the All Saints Church.

“It was a time where I could give back,” said Blydenburgh in regards to his decision to run for City Commissioner. “This is the ultimate service to our community.”

The main issues Blydenburg hopes to address include crime, traffic, civility, and the growth of the Winter Park community.

Blydenburgh also wants to make sure that Winter Park police officers feel as though they receive fair pay and do not feel the need to work for the Orlando department for better payment.

He believes his background in preservation lets him have a better understanding of the historical significance of Winter Park, especially in relation to development and construction.

“It’s not being pro-development or against: it’s about being pro-Winter Park,” said Blydenburgh.

He said he believes Rollins students should vote for him due to his confidence that he can positively develop the relationship between the city and the college.

“The school welcomes the community onto campus, and it needs to go both ways,” Blydenburgh said.

As a resident of Winter Park for over 35 years, Sullivan feels he knows what is best for his city. The retired environmental and geotechnical engineer believes that as Winter Park grows and changes, the character of the city should be maintained.

Sullivan believes that the developers in the community should be carefully monitored and examined before they change the landscape of Winter Park.

As the campus moves forward with construction of the Lakeside Neighborhood, the Crummer building is being relocated to the North side of Fairbanks avenue. This construction could be halted or put to an end according to commissioners’ decisions.

Sullivan said, “Whether to move student instruction to the North Side of Fairbanks is a question that needs to be carefully deliberated … I would rather the student instruction remain south of Fairbanks. Whether we should disallow the Crummer school, I don’t have enough of a feel from that. I need to talk to get more information from the citizens of Winter Park because it is the citizens of Winter Park that will be affected.”

Sullivan will also strive for better communication across Winter Park, as he feels that citizens are not currently having their voices heard. He hopes to listen to what citizens want and make decisions based on what the community as a collective thinks is best.

Sullivan said he believes his focus on the environment might interest Rollins students.

“I have a very strong background in environmental advocacy, and I would increase the maintenance of our parks and green spaces,” Sullivan said.

Sullivan wants to bring sustainable practices to Winter Park, such as increasing the amount of solar panels on houses throughout the community.

The youngest candidate of the bunch at 55 years old, Carl Creasman noticed a shift in the community regarding divergent political opinions. This observation inspired him to make a change.

“The main reason I chose to run is I have grown increasingly disenchanted by the tone that I have seen in the country,” said Creasman.

Creasman’s goals include improving transportation, fostering a community of cooperation and understanding, and expanding development of the Winter Park community.

Regarding development, Creasman stated that “a system that does not continuously evolve and change  […] will gain entropy and fail.”

The youth pastor feels as though the city needs to focus on its growth, especially in areas such as public transportation. Creasman’s goal is to increase transportation hours and frequency, improving its overall accessibility.

Creasman believes his own experience working as a Valencia College professor has influenced his plans to increase student involvement in the local government.

“I would like to see every department in the city have at least one Rollins intern,” said Creasman.

After raising his own children in Winter Park, Creasman hopes future growth can convince students to give back to the Winter Park community after graduation.

“Stay here, build a family, build a community. Help us create the next reiteration of Winter Park,” Creasman said.

After living in Winter Park for over 37 years, Sheila DeCiccio decided that this was the year to run for a City Commissioner position.

The attorney and former Planning & Zoning Advisory board member’s priorities include increasing safety in the community, preserving the city’s charm, and increasing government transparency.

“I truly believe we are the stewards for the next generation, and it’s our obligation to leave Winter Park better than we found it,” said DeCiccio.

DeCiccio hopes to continue the growth of the Winter Park community “but within the scale and charm of Winter Park.”

DeCiccio wants to continue to elevate the charm of the city, especially in regards to the community’s public spaces, lakes, and parks. DiCiccio plans to do this by aiding the Parks & Recreations Department, which was forced to merge with other government departments earlier in the year, thus cutting time and funding.

She hopes that one of  Rollins students’ main reasons for voting for her is her plan to reform traffic safety laws in the community.

One of DeCiccio’s ideas to benefit the safety of Rollins students is to create a footbridge that connects Rollins  to Fairbanks Avenue.

In addition, DeCiccio hopes to involve students in the community by having periodic round tables to discuss local government decisions and plans.

For students  who have registered to vote in Orange County, they can also vote early at the Winter Park Public Library from March 2 to March 15, 10 a.m. to 6 p.m.

In addition, students may cast their ballots on campus at Tar Plaza, courtesy of the Rollins Democracy Project, on the following days: