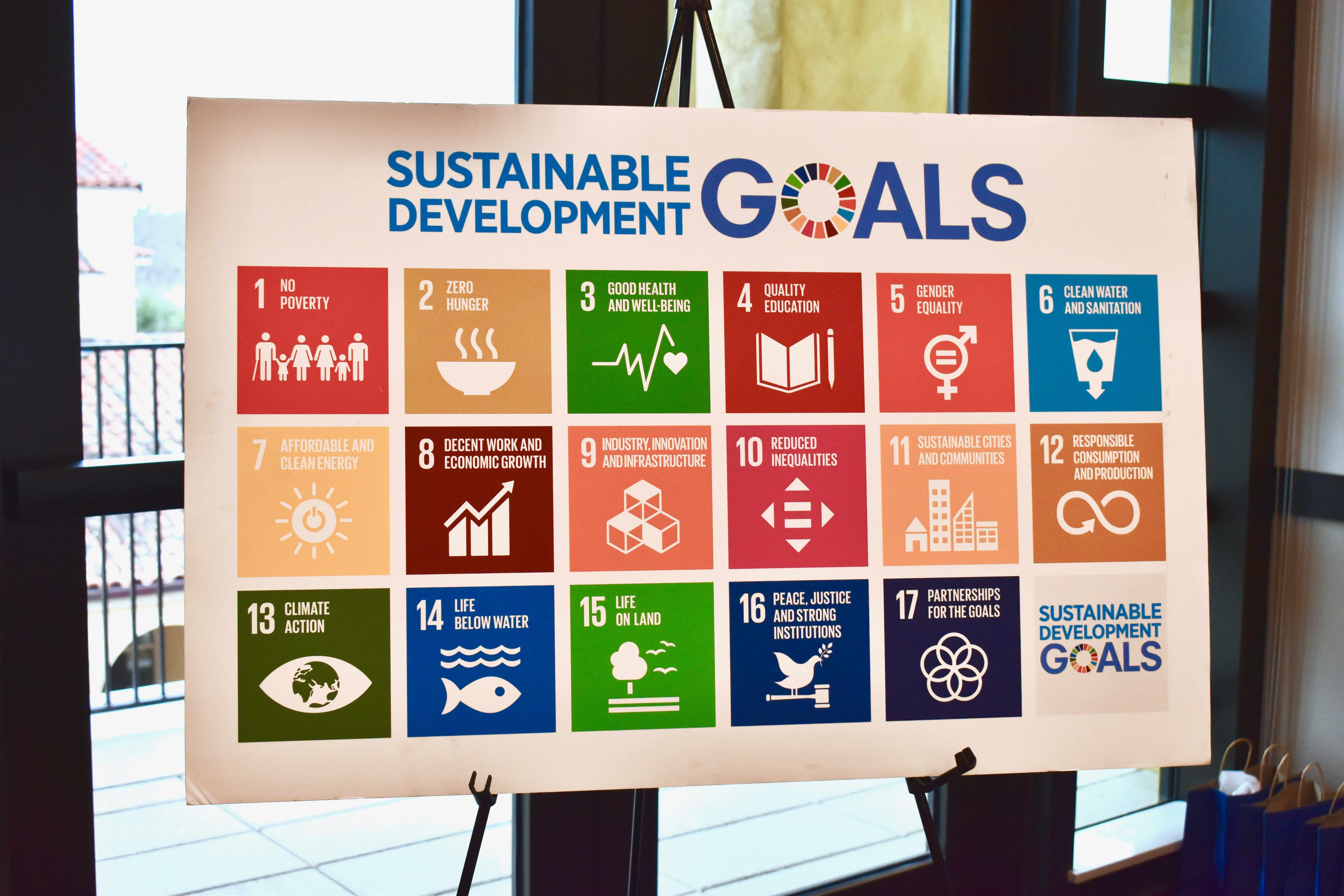 Environmental justice is defined as equal protection from environmental and health hazards for all people regardless of race, color, national origin, or income.

It also calls for equal access to the decision-making process in creating a healthy environment to live, learn, and work, according to the U.S. Environmental Protection Agency.

The summit included a keynote speaker, a panel with community organizations, and breakout sessions. It also aligns with the UN Sustainable Development Goals initiative that Rollins supports.

The summit was organized by professors, Student Affairs, Center for Leadership & Community Engagement, and Community Alignment.

The weekend began last Thursday with a keynote speech by Dr. Robert Bullard, the father of environmental justice, and continued the next day with a panel discussion and breakout sessions hosted by Rollins faculty and community partners.

Bullard opened the summit with a lecture on the history of the environmental justice movement, which he played a major role in when he started as a professor over 40 years ago.

His work began with a low-tech research project in 1979, in which he collaborated with students to gather data. The project’s goal was to support a court case that challenged a plan to build a municipal waste facility in a predominantly black neighborhood.

Bullard found that nearly every waste disposal site in the city was located in areas with a majority of people of color.

Although the residents lost their case against the waste facility, Bullard’s fight for environmental justice continued. His work has inspired others, including several of the community members represented on Friday’s panel.

The main themes that emerged during the panel related to the power of the dollar. Panelists such as Carlos Torrealba, climate justice organizer for Central Florida Jobs with Justice, emphasized the need for people to divest in large corporations which are harmful to their communities.

For example, Torrealba said that Rollins’ financial reports show that it still invests in large funds like Aberdeen Global Partners and Northern Trust. These funds invest in companies such as Caterpillar and JP Morgan Chase.

The above companies have been accused of contributing to climate change and harming the global south.

The college also has a contract with Sodexo, which has garnered attention from the Human Rights Watch for its anti-unionist practices.

Other organizations represented in the panel included Ideas for Us, Farmworker Association of Florida, Central Florida Jobs with Justice, and Organize Florida.

An environmental justice activist from Parramore, Fla., Lewanna Gelzer, was also on the panel.

Panelists called for the reallocation of funds to projects that would benefit low-income people and minority groups, such as research on health disparities.

Gelzer has been trying to get funding for a health disparities study in her hometown for years. The city of Orlando has denied her requests.

“Everywhere I go, my government has been my worst enemy,” said Gelzer in her panel remarks.

In the meantime, Parramore’s population has suffered higher rates of respiratory illness and pollution than many of the surrounding predominantly white areas. This matter has been covered by the HuffPost and WFTV.

Gelzer plans to continue her fight for equitable treatment for Parramore by continuing to put pressure on Orlando city officials, and she encourages students to get involved in local politics if they are passionate about environmental justice.

Jordan Halloran (‘20), who attended the panel, said that “an overall theme was allowing people from these communities a voice and a seat at the table when … talk[ing] about how cities will continue to develop and remediate contaminated sites in their communities.”

Halloran said, “Truly a big thing I learned about was the City of Orlando’s complacency when it comes to investigating the health impacts that have been imposed on the Parramore community. It was definitely not news to local panelists at all.”

After the panel, participants took in the artworks of Rollins alumna Holly Jeffries (’14, ’18 MLA) which focus on themes of race, justice, language, and community,

The day ended with six breakout sessions facilitated by Rollins faculty and staff in conjunction with community partners.

Micki Meyer, Lorde family assistant vice president for student affairs and one of the founding members of the Summit on Transforming Learning, hopes that the summit inspires and challenges participants to make an impact on their community.

Meyer said, “There has never been a more important time for Rollins to be hosting this conversation. Advocating for environmental justice is all of our responsibility. The ways in which we expose students to the challenges and opportunities to make an impact with their education are at the heart of our mission.”