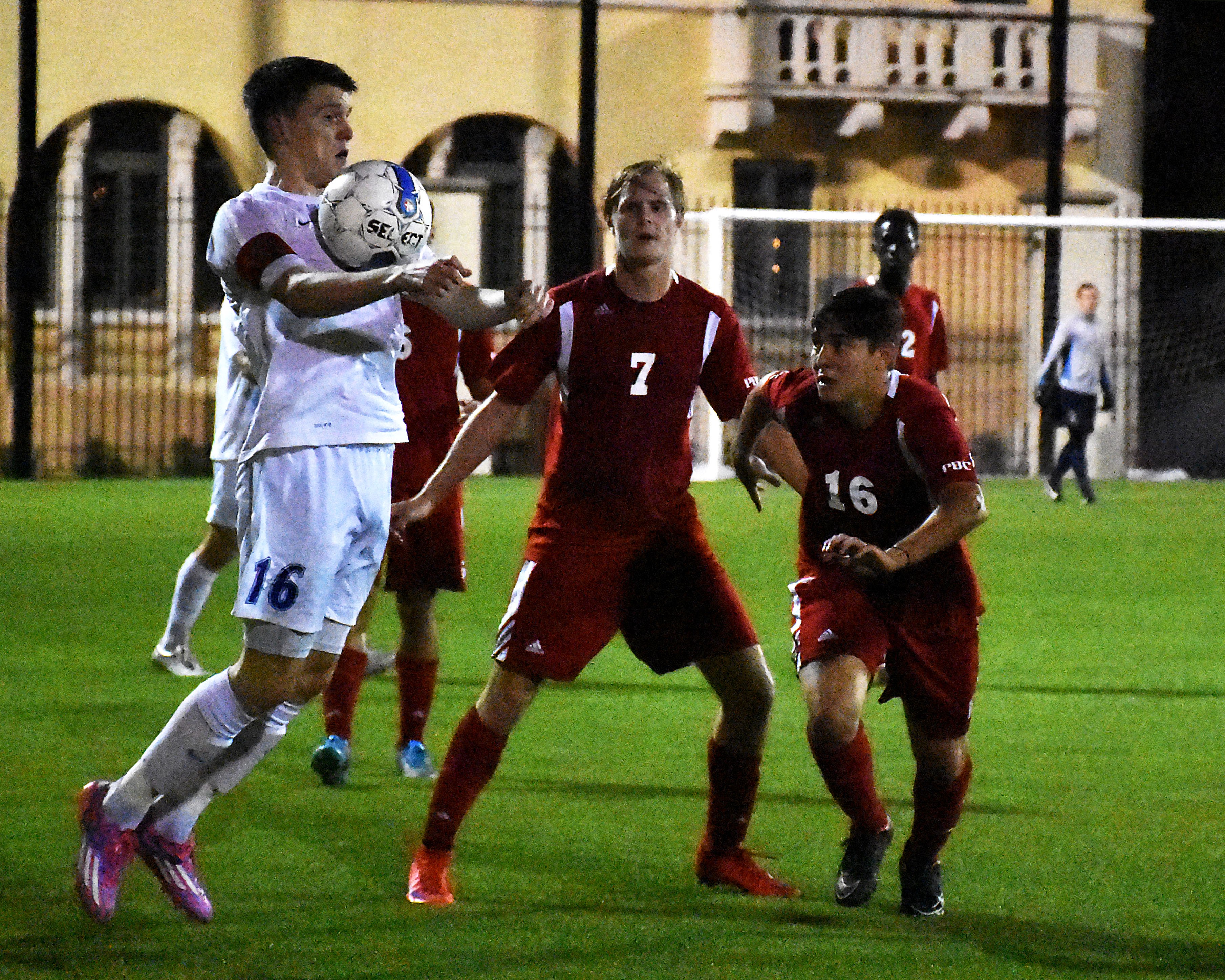 On November 1 the Rollins Tars hosted the Flagler Saints for the second regional game of the season. This was senior night, on which Rollins paid tribute to seniors Grant Blackhurst (EAMBA E-27), Brett Durrance ’16, and Jake Bokorney ’16 before the game.

The Tars were flying high after a good string of results with three victories in a row. The Saints were top of their conference and entered the game equally confident; however, the Tars eventually cruised to a 4-0 victory this night. In the absence of Blackhurst, a robust striker, sophomore Matt Volk ’12 stepped up and scored two goals from his center forward position.

Durrance seemed motivated by his pre-game salute and scored a well-executed volley, adding to the score. After a fantastic first half, Rollins was up 3-0, with Flagler unable to pose any danger to goalkeeper Drew Trautmann ’18. The Saints had more possession of the ball in the second half and pushed the Tars back, until Tim Ajayi ’17 scored the only goal of the second half. He picked up a weak pass from the Saints’ center back and sent the ball over the goalie. Trautmann produced his first shutout of the season.

The Tars will now continue their season participating in the Sunshine State Conference tournament this week.