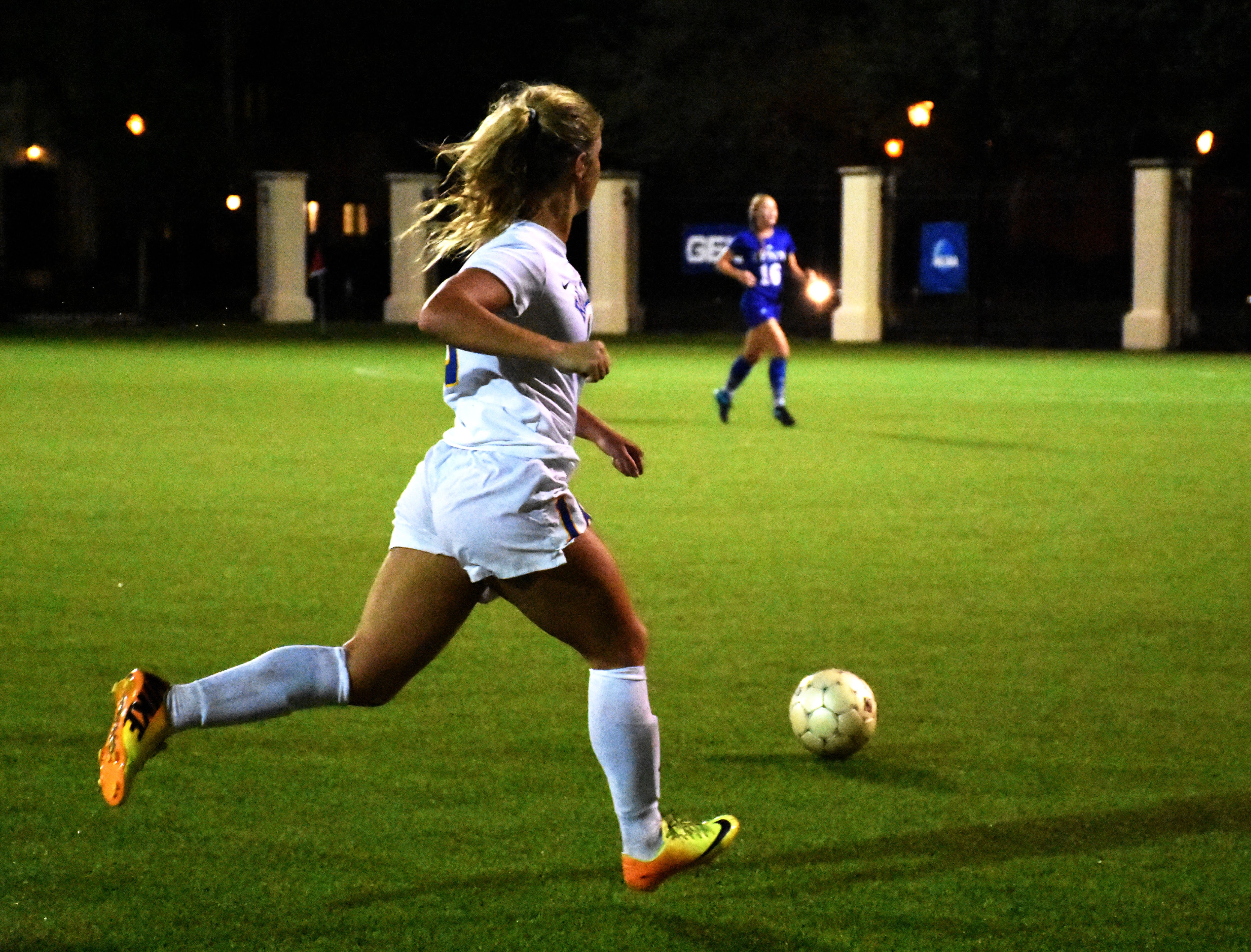 Last Wednesday night’s women’s soccer game on October 28 between Rollins Tars and Lynn Fighting Knights was a match that was decided by one moment of brilliance.

Both goalkeepers were in form and stopped everything up until 7 minutes into the second half of the game when Paxton Sickler ’17 scored a screamer (a hard, unstoppable shot) from 40 yards, chipping the keeper and bouncing into the net.

After that, Rollins had multiple opportunities to score, including an open net miss by Nikki Haimes ‘16 from 6 yards out. With those missed opportunities, Rollins allowed Lynn a chance to come back into the game, but Rollins keeper, Mary Spring ‘16, came up with a couple of massive saves to the win.

The final score was 1-0. Rollins finished the conference with a record score of 5-3, an impressive record in a difficult conference.