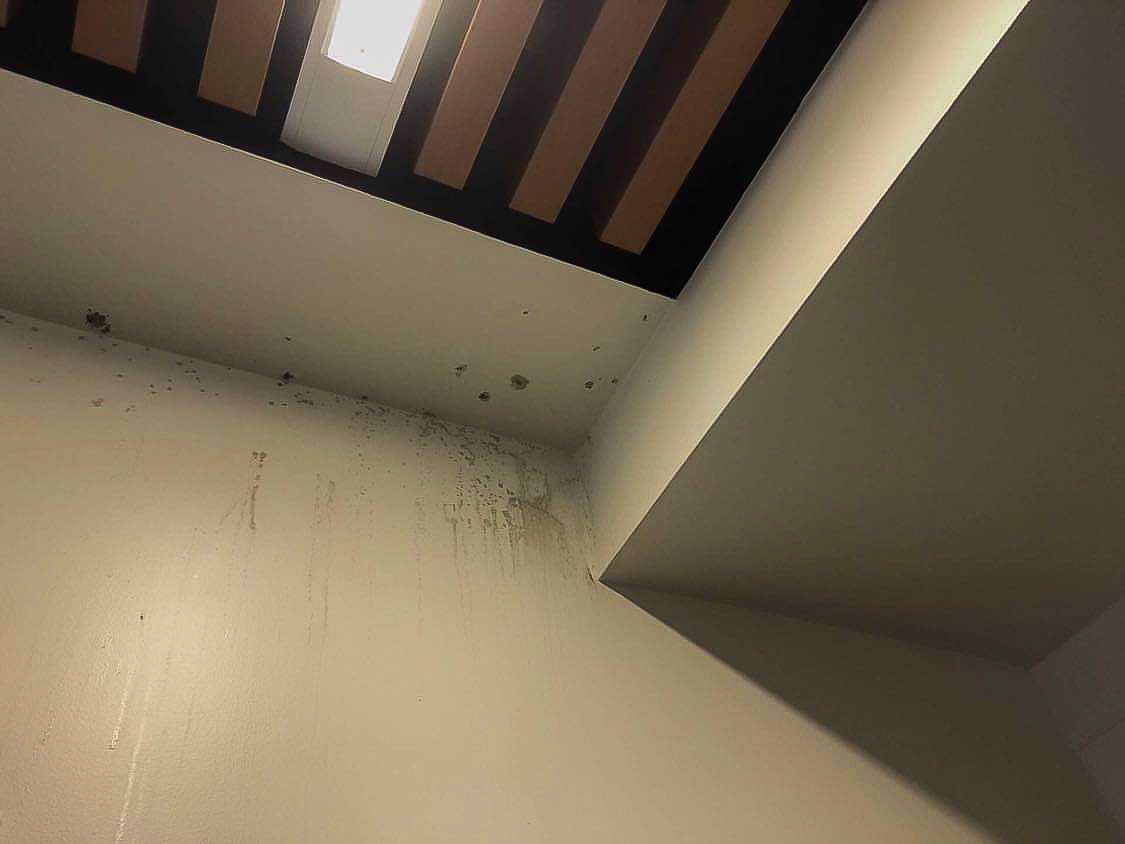 Students have reported sightings of mold and mildew in the Bush Science Center. Facilities cleaned the spot without testing it.

“Facilities has been aware of some concerns expressed in this area and has been looking into the situation and working to address it,” said Ed Kania, vice president for business and finance and treasurer. “We have taken air samples, and the results have not indicated any issue at this time.”

The specific sighting that caused concern from students (pictured above) was inconclusive as to whether or not mold or mildew had been identified. When asked if it was mildew in particular, Kania stated, “I believe that is the case, but my folks cleaned it up and did not specifically test it.”

The root cause of both mold and mildew is water. In Florida in particular, the high rates of humidity affect the growth and spread of mold. Mold and mildew are naturally occurring organisms that are commonly found growing outdoors or places that are humid or wet.

Associate Vice President of Facilities Scott Bitikofer said, “A typical outdoor air sample will contain between 4,000 and 15,000 mold spores per cubic meter. […] If an indoor sample contains 3,000 mold spores per cubic meter, this would be indicative of a healthy building, as there is less mold in the building than the environment surrounding the building.”

The majority of buildings have at least small amounts of mold present, especially in a state with a high humidity rate such as Florida. The CDC states that health risks may be present if mold in a building has reached a point where it can be seen or smelled.

Additional air samples will be taken in the coming weeks after the student reported possible mold or mildew.

According to the Center for Disease Control (CDC), mold provides the most pressing health risks to people who are allergic to mold or people who have asthma.

In 2018, students living in McKean Hall reported chronic cold-symptoms when mold in the building was discovered. The building was demolished last year and is now replaced by Lakeside Neighborhood.

“We take this subject seriously and work diligently to prevent circumstances that can lead to the multiplication of mold,” said Kania. “Once mold appears, we work to clean and remediate the situation quickly.”

Similarities and Differences Between Mold and Mildew

According to the CDC, the amount of growth found in Bush, whether mold or mildew, was not severe enough to cause these health issues. The only people who would be affected are those with a preexisting allergy to mold or with asthma. Even then, the air samples previously acquired from the building show no reason for student concern.