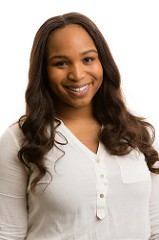 After almost four years at Rollins, Destinee Lott, a pillar of support for Rollins students, especially those of diverse backgrounds, is leaving.

“With Rollins being such a relational campus, I was able to come here and really find a home really quickly, and I think that students were a huge part of that,” she said.

Lott played a central role in the introduction of EMBARK to campus. EMBARK is a cohort-based student development and leadership opportunity that especially welcomes students from underrepresented populations. It starts as a pre-orientation program and continues throughout the students’ time at Rollins through mentorship, bonding activities, and identity exploration.

The first cohort came in 2016, and Lott said she has loved seeing them get very involved on campus. Now that they are graduating, she feels a certain sense of pride.

On campus, she was also involved in the Diversity Council, where she led a task force on race at Rollins. She got to examine what race relations look like at Rollins in comparison to other colleges.

In hand with this, she collaborated with the school’s admission department to facilitate the transition for students between being admitted and coming to college.

During her time here, she has seen positive changes implemented on campus, primarily through visible diversity. “When I first got here, I think it was really challenging for our students of color in just the idea that there were not a lot of people that looked like them,” said Lott.

Since the beginning of her career, the Office of Admission has created a program called Diversity Envoys for recruiting students of diverse backgrounds.

After almost four years of change, she said it is amazing to see how these programs and the awareness of diverse groups on campus in general have bloomed. “I think our students are much better for [it],” said Lott.

Besides the students and her role on campus, what Lott will miss most from Winter Park is Lake Virginia, Antonella’s Pizzeria, and the Buttermilk Bakery. “It’ll be sad [to leave the office], but I think I’m really excited to see where the next person in this role takes it!”

In her new role at the Georgia Institute of Technology, she will work with students receiving merit-based scholarships to foster their leadership development.

While the population of students she works with may be different, Lott said that her focus on student development will be similar because all students come to college to grow.

Her last day is March 1. She will join her fianceé who is already working in Atlanta. The pair met during their education at the University of Central Florida.