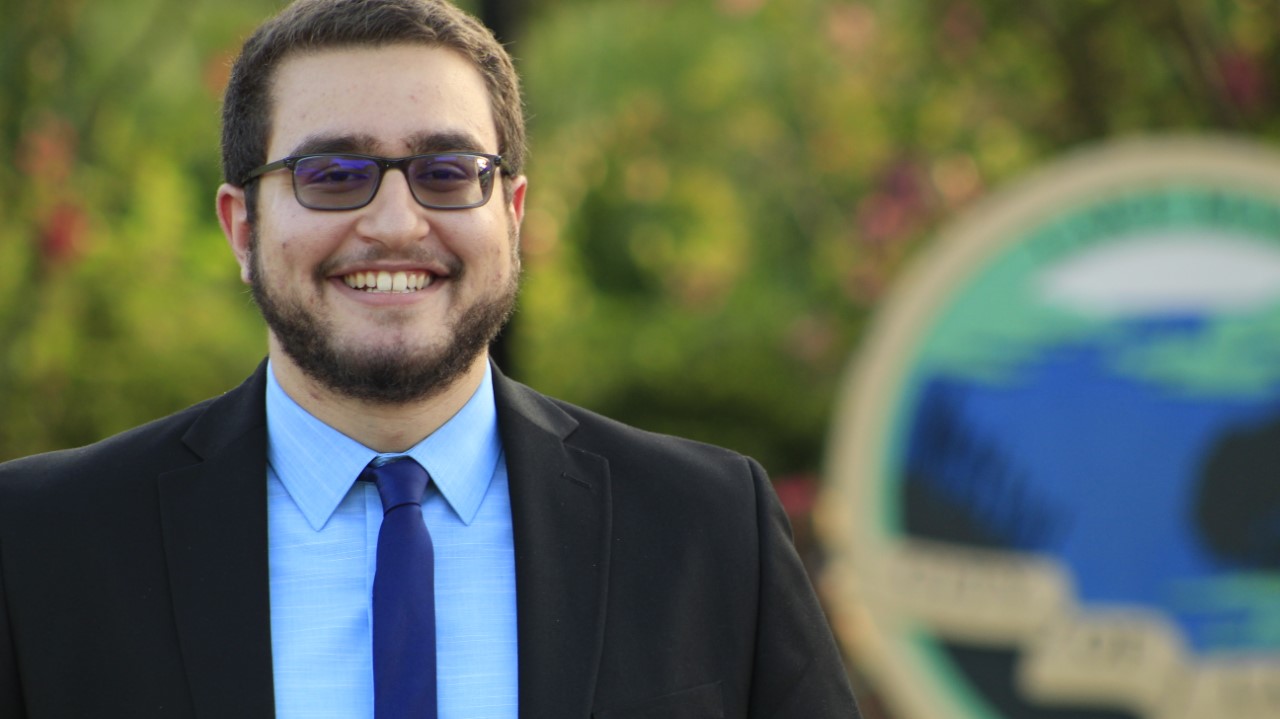 Omar Sadek (‘23) is running for Lake Mary city commissioner seat No.1, taking civic engagement to the next level. His campaign is exclusively staffed by college students.

“Everything from graphic design to the work on our platform to who manages and who is volunteering– pretty much everybody–is a Rollins student or college student in general,” Sadek said.

Sadek, a political science major and Spanish minor, had been thinking about getting involved in local government for over a year. His observations of recent government failures inspired him to take action.

“I saw what inaction of government can result in, and I felt like there was no better time to just go for it,” Sadek said. “I decided that my city needed a leader that will stand up for everybody, and I wanted to be that person.”

Sadek’s Co-Campaign Manager and Treasurer Kyle Bennett (‘23) has been friends with Sadek since their freshman year of high school. They had talked about running a student-led campaign together and decided to pick up the challenge over the summer.

“We began working in earnest in late July with a very small energetic team and have picked up steam ever since then. We’re now standing in the home stretch, only 35 days until the Nov. 3 election,” Bennett said.

As city commissioner, Sadek’s responsibilities will include writing and introducing city laws, which are then voted on by the commission.

The focus of Sadek’s platform is sustainability in a post-COVID-19 society. He hopes to provide incentives for green business development, introduce a board that focuses on sustainability changes, and partner with local schools to introduce young people to the political process.

Other areas of his platform include holding police accountable and providing COVID-19 relief for individuals and small businesses.

“Not too many people know who their commissioners or mayor is, so making sure that we reach out to residents, engage with them, and ensure that they have a voice at the table is extremely important,” said Sadek.

As a current virtual student, Sadek said that the flexibility of his schedule gives him ample space to push his campaign forward and make tangible progress.

When asked about the campaign’s progress, Sadek said that “the start was slow because we didn’t know what we were doing. We never ran a campaign before.” However, he has accumulated support from friends, family, and students.

Bailey Clark, associate director of the Center for Leadership and Community Engagement (CLCE), stressed the importance of young people in politics.

“As a Bonner Leader, Omar volunteers weekly with the City of Winter Park’s Sustainability Program,” said Clark. “The partnership has allowed him to see first-hand how local governments can work collaboratively with citizens, businesses, non-profits, and colleges to create positive change.”

Sadek affirmed that his Rollins education prepared him for this campaign: “Rollins really emphasizes the idea of service learning and getting out there in the community to make a difference. That’s honestly what pushed me to go for this seat now,” Sadek said.

The biggest obstacle for the campaign, besides the pandemic, has been fundraising.

“Even these smaller elections come down to fiscal resources versus your message. Fundraising affects ads, flyers, and yard signs. At first, I didn’t know how much money we’d need to raise to get the message out,” Sadek said.

Despite the challenges, Co-Campaign Manager Bennett attributes the campaign’s success to staff and community efforts, as well as to generous contributions.

Bennett said, “The entire staff is not only volunteers, but we have all voluntarily donated significant amounts of our own money towards the campaign, as it’s something we all deeply believe in as we work day-in and day-out to try and bring our dream of the youngest commissioner in city history to reality.”

The staff stays in constant communication via FaceTime and text “based around the philosophy of an open campaign where everyone on staff should know everything that everyone else is up to, where we stand, and what needs to get done,” Bennett said.

Sadek is optimistic about the election and the potential of his generation.

“I don’t think anyone can afford to wait on their dreams,” said Sadek. “[The year] 2020 taught me that if you have any doubt on when to start pursuing your passions, start now. I promise you the journey is enriching and enlightening beyond belief.”

Sadek encourages the Rollins community, especially students, to review his platform at https://omarforlakemary.com/about or find him on social media. Voting takes place on Nov. 3.