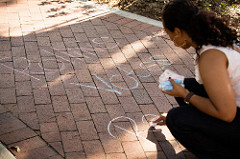 Everything you need to know about the midterm amendments

On the 2018 Florida ballot, 12 proposed amendments to the state constitution are up for public vote. Each amendment must receive 60 percent approval to pass, according to the League of Women Voters of Florida. The Sandspur, with all information courtesy of the League of Women Voters, has compiled a list of the amendments on the ballot this November and what a ‘yes’ or ‘no’ vote means.

Grants an additional $25,000 homestead exemption for homes valued over $125,000. Owners of homes worth more than $100,000 would also receive an increase in their exemption.

A YES vote on Amendment 1 would: allow homeowners to deduct an additional $25,000 from the taxable value of a home worth more than $100,000, starting Jan. 1, 2019; exclude local school taxes from the new exemption; cost Florida’s cities, counties, and other taxing authorities an estimated $687.5 million annually, starting in 2019, according to the Florida Association of Counties; [and] likely result in cuts to services or higher local rates to make up for the revenue losses, or possibly both.

A NO vote on Amendment 1 would: retain the current homestead tax exemptions, which total $50,000. It would have no effect on the amount of tax revenue collected by city and county governments.

A YES vote on Amendment 2 would: make permanent the 10 percent limit on increases in tax value for non-homestead property, thus reducing tax bills. It would continue to deny local governments (excluding school districts) tax revenue they would otherwise collect from rising property values.

Requires approval of any new casino gambling through a citizen-initiative constitutional amendment, effectively barring the Legislature from making those gambling decisions by passing laws.

A NO vote on Amendment 3 would: continue to allow casino gambling either through new laws passed by the Legislature or through various types of constitutional amendments.

Allows those who have completed their entire sentence to earn the right to vote back except for those convicted of murder or felony sex offenses.

A YES vote on Amendment 4 would: grant felons—excluding those convicted of murder or felony sex crimes—the right to vote after completing  all the terms of their sentence. The Governor’s Clemency Board studies have shown that recidivism rates drop about 30 percent if a person has their voting rights restored. Another study shows that with a lower recidivism rate, costs of incarceration go down, employment goes up and that the positive impact on the Florida economy is $365 million per year.

Requires a two-thirds vote of the Legislature to approve any new or increased taxes or fees, rather than a simple majority.

A YES vote on Amendment 5 would: require a two-thirds vote by the state House and Senate to increase existing taxes and fees or impose new ones; require that any new or increased taxes or fees be voted on in stand-alone bills; and exclude local governments from any supermajority requirements if they choose to raise taxes or fees.

Vastly expands the scope of victims’ rights under the state Constitution; increases the mandatory retirement age for judges from 70 to 75; forces courts and judges to interpret laws and rules for themselves rather than rely on interpretations by government agencies.

A YES vote on Amendment 6 would: enshrine in the state Constitution an array of victims rights, many of which are currently in state law; place new time limits on filing appeals; require that victims receive some type of written notification of their rights; eliminate an existing constitutional provision that ensures victims’ rights don’t infringe on the rights of accused criminals; raise the mandatory retirement age for Supreme Court justices and judges from 70 to 75; and prohibit courts and judges from deferring to an administrative agency’s interpretation of state laws or rules when deciding cases.

A NO vote on Amendment 6 would: retain existing victims’ rights in the Constitution and in state law; keep the mandatory retirement ages for justices and judges at 70; and continue allowing courts and judges to rely on state agencies’ interpretation of state laws and rules when deciding cases.

Creates a supermajority requirement for universities to impose new or increase existing student fees; enshrines in the Constitution guidelines for the State College System; [and] mandates that employers or the state pay a death benefit to first responders and members of the military killed in the line of duty.

A YES vote on Amendment 7 would: force universities’ boards of trustees and the state Board of Governors to get supermajority approval from their members to increase student fees or impose new ones; make the governing framework for state colleges a part of the Constitution; create a constitutional requirement for state and local governments to pay death benefits to first responders; expand the definition of first responders under state law to include paramedics and emergency medical technicians; require the state to provide death benefits to members of the U.S. military who are either residents of Florida or who are stationed in the state; and create an undetermined financial burden on local and state government from paying death benefits to a larger group of first responders and members of the military. The amendment does not specify a funding source for those payments.

A NO vote on Amendment 7 would: continue allowing universities to increase student fees or impose new ones with a simple majority of votes from governing bodies; exclude a governing framework for state colleges from the Constitution, while keeping it in state law; continue providing death benefits for first responders through state law rather than making it part of the Constitution; maintain the current definition of first responders eligible for death benefits, which excludes paramedics and emergency medical technicians; and continue providing death benefits to the families of National Guardsmen who are killed in the line of duty, but not extend those benefits to the families of U.S. service members who live in Florida.

NOTE: The Florida Supreme Court has removed Amendment 8 from the November 2018 Ballot, upholding the decision by a lower court.

Prohibits oil drilling beneath waters controlled by Florida; prohibits the use of e-cigarettes, also known as vaping, at indoor workplaces.

A YES vote on Amendment 9 would: enshrine in the Constitution a ban on oil and gas drilling beneath Florida state waters; exempt shipments of oil and gas on Florida’s waters; possibly signal to the federal government Floridians’ opposition to offshore drilling; apply constitutional restrictions to drilling only to waters under state control, not to waters under federal control; add new restrictions to the Constitution on the use of electronic vaping devices, largely mirroring current constitutional restrictions on indoor workplace smoking; create exceptions to the vaping restrictions in homes, bars, vaping retailers and hotel rooms designated for vaping; and allow local governments to pass stricter regulations on the use of vaping devices.

A NO vote on Amendment 9 would: keep a drilling ban out of the state Constitution but would not alter existing state laws that ban drilling; allow Florida legislators to change the current law that bans offshore drilling in state-controlled waters; possibly signal to the federal government Floridians’ openness to offshore drilling; keep restrictions on vaping and the use of vaping devices out of the state Constitution; and leave any such vaping restrictions to the discretion of the state Legislature.

Requires the Legislature to hold its session in early January on even-numbered years; creates an Office of Domestic Security and Counterterrorism within the Florida Department of Law Enforcement; mandates the existence of a state Department of Veterans’ Affairs; and forces all counties to elect a sheriff, tax collector, property appraiser, supervisor of elections and Clerk of Circuit Court.

A YES vote on Amendment 10 would: Fix the date for state legislative sessions in even-numbered years as the second Tuesday in January; create an Office of Domestic Security and Counterterrorism within the Florida Department of Law Enforcement and establish it as the lead agency in terrorism investigations and responses; force the Legislature to always have a Department of Veterans’ Affairs; and force all of Florida’s counties, even those with a charter, to hold elections for all five local constitutional offices found in the state Constitution–sheriff, property appraiser, supervisor of elections, tax collector and clerk of the circuit court.

A NO vote on Amendment 10 would: continue allowing the Legislature to set a start date for its lawmaking session in even-numbered years; reject a constitutionally mandated Office of Security and Counterterrorism under the FDLE; reject a constitutionally mandated Department of Veterans’ Affairs, allowing the Legislature to determine if Florida should have such a department (which it currently does); and allow Florida’s charter counties to continue determining the duties of five county offices identified in the state Constitution, and whether those offices should be elected posts.

Repeals the state’s ability to prohibit non-citizens from buying, owning, and selling property; deletes a provision that forces the state to prosecute criminal suspects under the law they were originally charged under, even if the Legislature changes that law; deletes obsolete language having to do with high-speed rail in Florida.

A YES vote on Amendment 11 would: repeal a nearly century-old provision that allows the Legislature to restrict the property rights of non-citizens; deletes language that requires criminal suspects to be prosecuted under the provisions of the law they’re accused of breaking, even if that law is changed by the Legislature. Keeps language that requires prosecution if the law is repealed. Deletes a section of the Constitution–concerning high-speed transportation–that was repealed by voters in 2004. The language, however, was not removed.

A NO vote on Amendment 11 would: continue to allow the Legislature to pass laws restricting the property rights of non-citizens; continue to mandate that criminal suspects prosecuted under the law they’re accused of breaking even if the state changes that law; and retain a section of the Constitution about high-speed transportation even though voters repealed that section in 2004.

Amendment 12: Lobbying and Abuse of Office by Public Officers

Expands ethics rules for elected officials and government employees, notably by expanding from two to six years the time that many officials would have to wait before they could lobby state government.

A NO vote on Amendment 12 would: keep in place the current constitutional restrictions on lobbying by sitting and former government officials.

Bans wagering on any type of dog racing, notably greyhounds, as of Dec. 31, 2020, while continuing to allow dog tracks to continue offering other types of gambling, including poker rooms.

A YES vote on Amendment 13 would: ban all dog racing in Florida by Dec. 31, 2020, while allowing tracks to continue operating card rooms and slot machines; and result in a loss of about $1 million in taxes and fees.

A NO vote on Amendment 13 would: continue to allow wagering on dog racing in Florida.