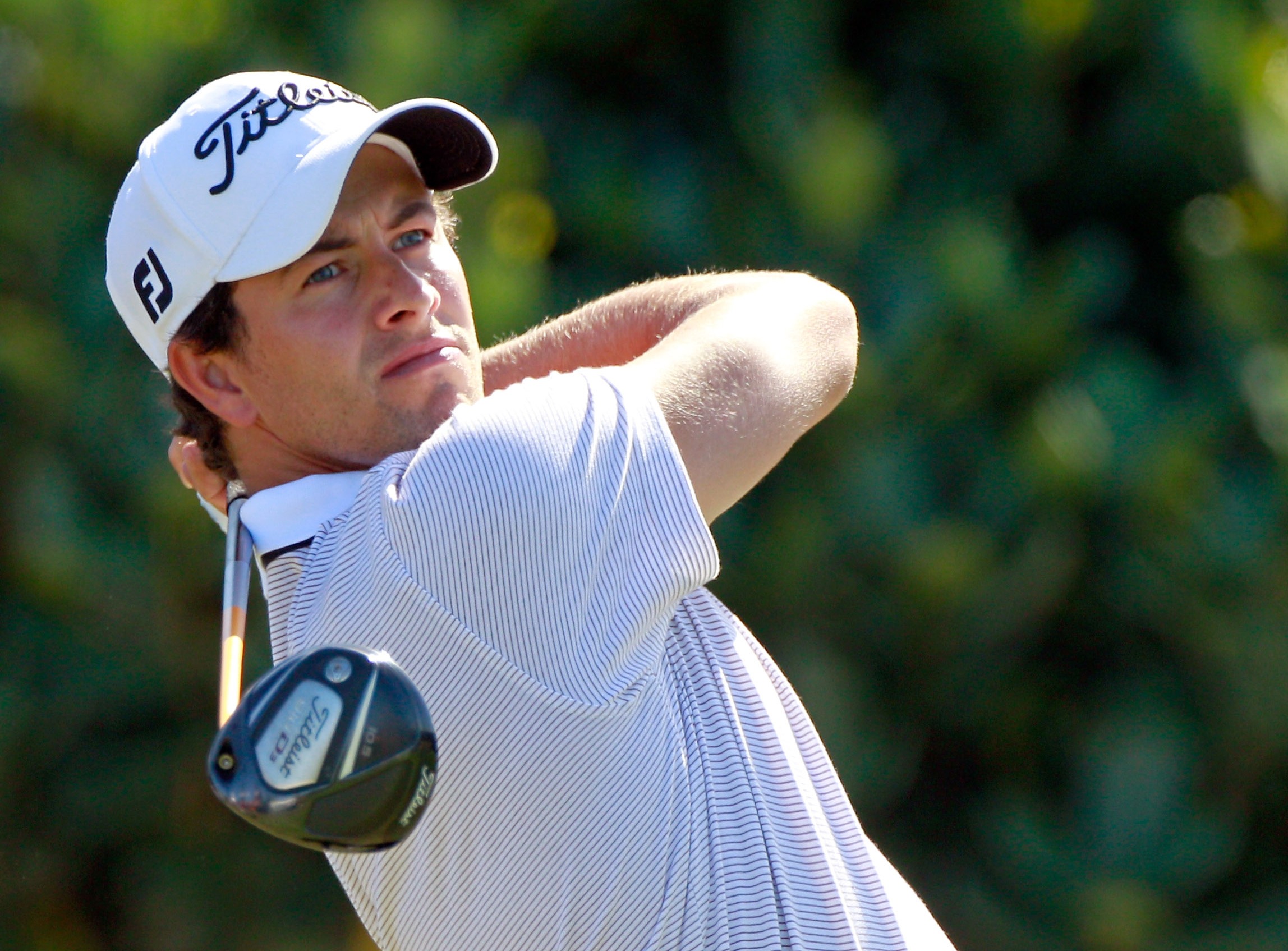 Adam Smith became the first Australian golfer to win the Masters. Marking history within the 77 year old tournament, Smith came into the competition as an underdog and emerged as a champion.

July 2012: Australia’s Adam Scott goes to the 15th hole leading the Open Championship at Royal Lytham & St. Annes by four shots. For all intents and purposes, the tournament was his to lose. South Africa’s Ernie Els, a two-time Open Champion, was his closest pursuer and he needed a major collapse if he wanted to make it to a playoff. Scott bogeyed the 15th. No worries. He bogeyed the 16th. Alright, you still have a two shot lead, but you’re making this hard for yourself. He bogeyed the 17th. Oh boy, this is turning out to be a Van de Velde-esque collapse that we’re witnessing before our eyes. He came to the 18th hole after having heard the roars for Els’s birdie on the last, which put them in a tie for the lead. All Scott needed to do was drive the ball in the fairway, avoid the thick rough, get his second shot onto the green, two-putt on the green for a par four and there would be a playoff. You guessed it, he bogeyed 18.

I remember watching that collapse like it was yesterday. Adam Scott, proclaimed as the next great Australian golfer, had to that point been categorized as one of the best players never to have won a major. On the side, he’s one of the genuinely nicest guys in golf and it’s hard not to root for guys like that. So when he essentially choked away last year’s Open Championship, the entire golf world was absolutely stunned and wondered if he’d ever get another shot to redeem himself and capture that elusive major. The very next major, the PGA Championship at Kiawah Island, he responded with a seventh-place finish, confirming that he had great resolve and perseverance after only a month earlier throwing away the Open.

Scott came to this year’s Masters as sort-of an underdog. Most of the experts were going with Tiger Woods, Phil Mickelson, Bubba Watson, and Justin Rose. So, in that sense, Scott didn’t have the added pressure of knowing that he was a favorite going into the tournament. However, there’s a hidden pressure that all Australians feel at Augusta: In the Masters’ 77-year history, no Australian had ever won the Masters. For a country with 15 majors all-time, this had been a travesty. So many Aussies had come close. The most crushing defeat having been Greg Norman’s blown six shot lead in 1996 to eventual champion Nick Faldo. Scott had success at Augusta National in the past, notably a tie for second in 2011 behind Charl Schwartzel.

He posted rounds of 69, 72, and 69 to sit a stroke behind leaders Angel Cabrera, the 2009 Masters Champion, and Brandt Snedeker. As Snedeker’s chances ended after bogeying the 10th hole, it looked to be a three-horse race with Scott, Cabrera, and another Australian in Jason Day. Unfortunately for Day, the three closing holes proved to be his nemesis once again as he bogeyed 16 and 17 to finish at seven-under-par. Scott was a stroke better than Day going to the 18th, knowing that a birdie would, at worst, result in a playoff as Cabrera had the same score (-8).

Scott hit his second shot onto the green, giving him a birdie putt somewhere between 15-20 feet. He stepped up and the ball sneaked into the left side of the cup, causing massive roars around the green and quite a celebration from Scott.

I’ll admit that I didn’t even see his celebration after holing the putt because I was fist-pumping around my room. Now he had to wait for Cabrera, who undoubtedly heard the roars, to play the 18th. Cabrera hit one of the best second shots into the final green of the week and holed his birdie putt to send the tournament to a playoff. Considering what was at stake, Cabrera (nicknamed “El Pato,” which means “the duck”) showed his mettle and why he’s always a contender at this event.

So onto the sudden-death playoff they went. It was back to the 18th, where both Scott and Cabrera came up short of the green with their second shots. It was now a chipping contest from the front of the green to determine the Masters Champion. Cabrera nearly holed his, while Scott left his about five feet short. However, in going with the theme of grit and determination, Scott duly holed the putt without a problem. Two pars and the playoff would continue. They walked to the 10th hole knowing that a birdie would most certainly win it. Both players found the fairway with their tee shots, putting themselves in prime position to hit a quality second shot into the green. In the end, it was Scott who hit his ball inside Cabrera’s. Cabrera narrowly missed his birdie attempt, and there was a feeling that this was Scott’s time. He had a 12-foot putt for his first major title and Australia’s first Masters victory. From the moment the ball left his putter it was in the center of the cup and as the ball rolled in, Scott spread his arms and looked up like the weight of a nation was lifted off his shoulders. Just another Sunday at the Masters!

It was only a matter of time before one of Australia’s players broke through at the Masters. As a golf fan, I’m glad that it was Adam Scott. He’s been one of the world’s best players for a decade or so, to go with the fact that he’s one of the nicest guys in golf. For him to get himself into contention for a second consecutive major following the collapse at Lytham last summer was an accomplishment, further proving the point that he has the heart of a champion. To hole pressure birdie putts on the 18th in regulation, the 18th on the first playoff hole, and the 10th to claim his first major was absolutely incredible and a true story of redemption. CBS analyst and fellow Australian, Ian Baker-Finch, said it best: “From Down Under to on top of the world.”