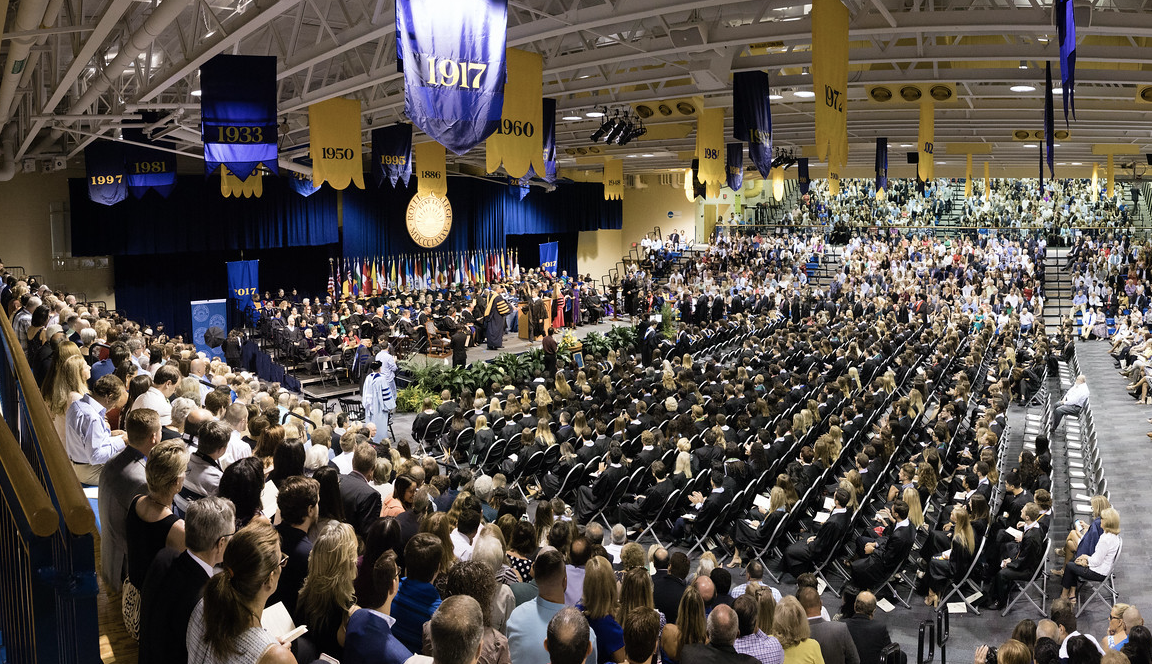 The speakers for Rollins’ graduation ceremonies include an administrator of an all-girls college, the executive director of the Florida Historical Society, and the Orange County mayor’s chief of staff, all of which are Rollins alumni.

When deciding who to invite to campus, President Grant Cornwell reviewed a broad range of alumni and chose those that he believed would inspire the soon-to-be grads. He said he chooses alum because they can offer graduates realistic advice in how to use their Rollins degrees.

Charles graduated from Rollins with a major in philosophy and a minor in African American studies. She holds a master’s degree in nonprofit administration from Georgia State University and a doctorate in higher education leadership and policy from Vanderbilt University.

In 2004, she was named Rollins College’s Young Alumnus of the Year for her professional achievements within 10 years of graduating.

Before beginning at Agnes Scott College in 2015, Charles worked at the University of Texas as the associate vice president and executive director of development in the Division of Diversity and Community Engagement. According to Lorrie Kyle, executive director of the office of the president, “she is a Rollins graduate whose life and career have embodied the College’s mission” in her work for women in higher education and in fundraising.

Graduates of the Hamilton Holt School will hear Ben Brotemarkle, the executive director of the Florida Historical Society. He is responsible for overseeing the administration, programs, and planning of the organization. Brotemarkle (‘97) graduated with a bachelor’s in humanities and a master’s of Liberal Studies.

He is an associate professor of Humanities and the Department Chair at Brevard Community College. He created, produced, and hosted a weekly public radio program, The Arts Connection, for 90.7 WMFE-FM in Orlando from 1992  to 2000, where he covered local art, cultural events, and happenings. Brotemarkle has produced award-winning features that have been heard around the world, nation and state on Voice of America Radio, National Public Radio, and Florida Public Radio.

Roseann Harrington (‘90) will speak on May 18 to the soon-to-be graduates of her alma mater, the Crummer Graduate School of Business. She is actively involved with the school as a guest lecturer and mentor.

Harrington is the newly appointed chief-of-staff to Orange County Mayor, Jerry Demings, a position she gained in December of 2018. In this role, she helps oversee policy and is a behind-the-scenes director of administration from the mayor’s office.

Before taking this position, she was the Orlando Utilities Commission’s (OUC) vice president of marketing, communications, & community relations.

She led the OUC company through many weather disasters, from hurricanes to providing support to others during events like 9/11 and Hurricane Katrina.

She published “The Business Woman’s Handbook: Practical Tips for Moving Up the Corporate Ladder” in 2012 and the Orlando Business Journal named her one of Central Florida’s Top 10 “Women Who Mean Business” in 2011.