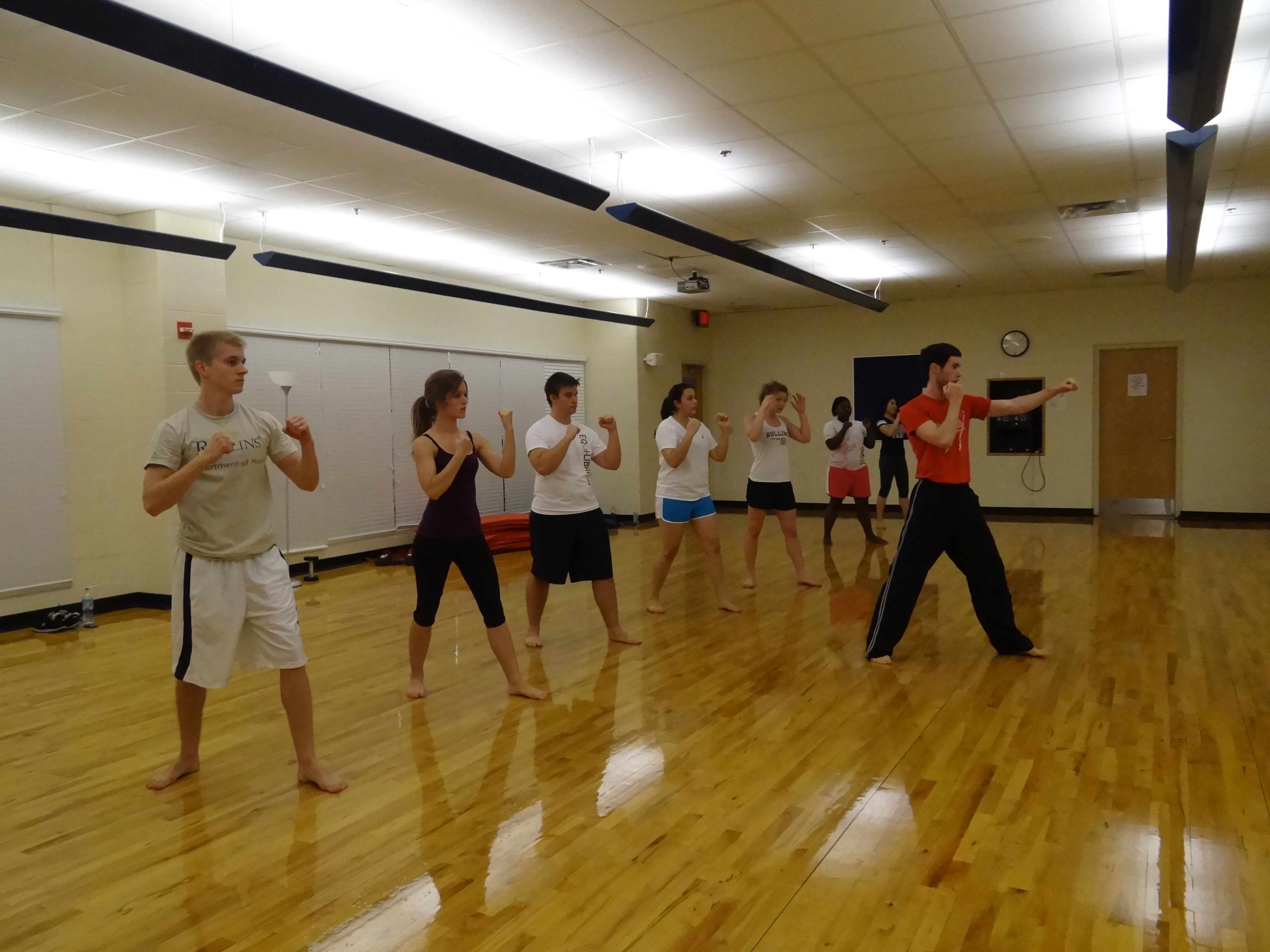 Rollins Learns How to Defend Itself

The fear of going down a dark alley and finding someone unknown waiting for you at the end of it may be inevitable. However, Rollins College is debuting a new organization that potentially wipes this fear away. Patrick Smith ‘15 is the instructor for this new group. Smith is a third-degree black belt with 14 years of tae kwon do experience and five years of teaching experience.

“As one of the smallest kids in my school, I had to face bullying quite a bit,” said Smith. “In order to combat that, my parents put me in tae kwon do to learn how to protect myself.”

According to U.S. News & World Report, Orlando currently ranks as the third most dangerous city in the U.S. It  has implemented a system of surveillance around the city to combat this. Nonetheless, the risk of sexual assault is increasingly high on college campuses. According to the New York State Coalition Against Sexual Abuse, one in four college women will be the victims of a sexual assault during their academic careers.

“I started this club in order to try and help others,” said Smith. “I know too many people who have been hurt. I want to try and prevent it.”
The classes are a mix of fitness and martial arts self-defense.  They involve learning how to defend yourself in particular situations, such as being put against a wall, or threatened on a club dance floor.

The classes take place in the dance studio in the Alfond Sports Center every Sunday at 3 p.m. If you are interested in joining the club, contact Patrick Smith at pjsmith1@rollins.edu.