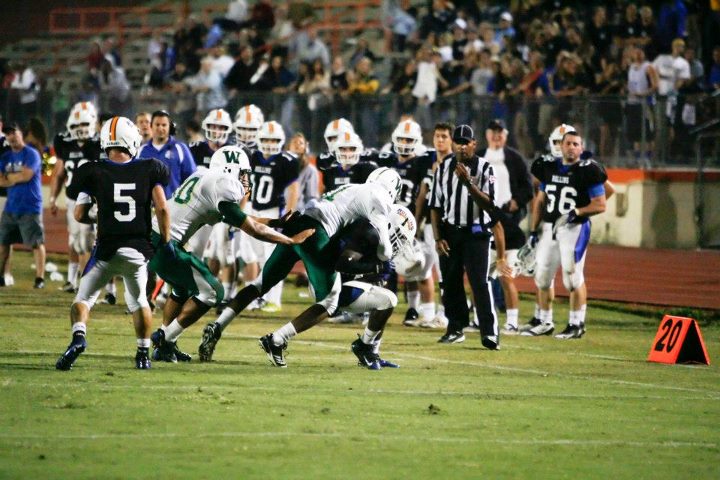 Rollins Football has been continuing to progress and gain traction since its recent reincarnation, a move that awakened a tradition long forgotten since the program’s termination in 1949. In the 2011 two-game season, the team played their first football game in 62 years, with over 3,000 fans in attendance. They also managed to record their first win since the program’s hiatus, a feat they accomplished with only 25 players. This year, the roster has grown to 40, partially through the successful recruiting of student athletes such as first-years Trae Vaillant and Joey Vinck, both of whom will be starters for the 2012 season.

To train for the upcoming season, the team is expected to attend mandatory practices at Hungerford Field in Eatonville three nights per week since Aug. 23, in addition to twice weekly team workouts in the weight room.

Led by a coaching staff of eight, in addition to Head Coach Ezra Simmons, the team is currently preparing for this weekend’s kickoff of their second season, an away game on Sat., Sept. 29 — marking the first road game for Rollins Football in 63 years — against Kennesaw State University, a team that could prove to be a very tough competitor.

That said, returning quarterback and founding member Jeff Hoblick ’14 emphasizes one of the team’s many goals: “to start the season undefeated; although our schedule is a tough one, we approach each contest with the goal of winning.”

Five of the seven games scheduled for this season will take place in Winter Park, with the first home game slated for Oct. 14 against Longwood University. Other games fans should be looking forward to include the Homecoming/Parents Weekend game vs. University of North Carolina Club, which is expected to draw a substantial crowd, as well as “Tar Blackout” vs. Virginia Commonwealth, which is planned to be the season’s highlighted night game. Each home game will have food, a band and giveaways.

For now, the players will work “to grow as a team, continuing the tradition of our program and making traditions of our own to reunite the Rollins campus with their own tackle football team,” said Hoblick.