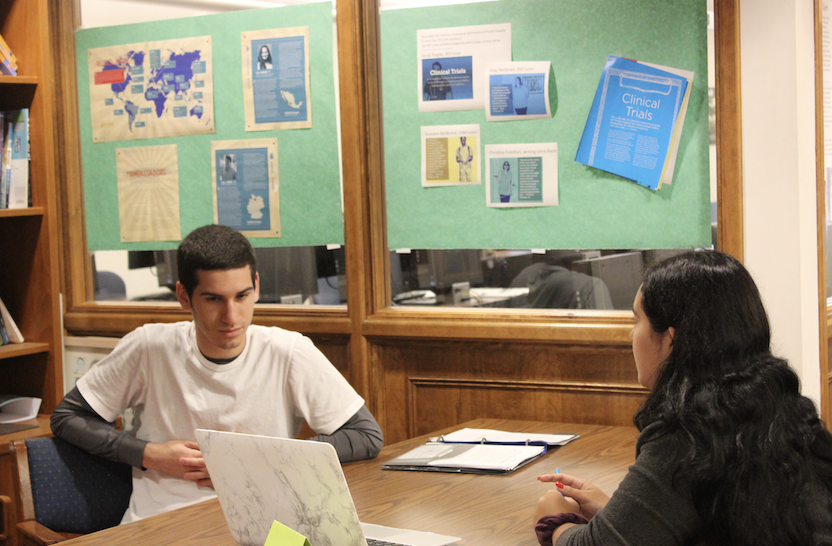 After a year-long search, the Olin Library’s Tutoring and Writing Center (TWC) has hired Layne Gordon as its new coordinator.

Gordon has a doctorate in rhetoric and composition and a masters in English from the University of Louisville. She has written and participated in peer-reviewed publications, applied essays to book chapters, and has presented at numerous conferences on the subject of writing centers.

At the University of Louisville, Gordon taught courses on college, business, and scientific writing while working as the assistant director at their writing center. She was also a writing consultant and peer tutor during her time at Bellarmine University.

Gordon did not respond to various phone calls or emails from The Sandspur.

Rollins began its search for a new director in the late fall and early spring after the previous director, Mary Tripp, was fired from the position as coordinator of TWC after only a few weeks on campus. It is still unknown why she was fired.

The search committee consisted of faculty and staff from across the college, according to Deborah Prosser, director of the Olin Library. She said that both searches proceeded according to Rollins College Human Resources procedures, policies, and protocols, each resulting in “superb” hires.

Mistie Watkins, a Rollins alum, started as the associate coordinator at the start of February. Gordon will start working as TWC coordinator on July 1.

“I am delighted that with the new leadership we have been able to place the [Writing Center] on a course where it will grow with the needs of the college and provide effective, responsive services to the students and faculty,” said Prosser.