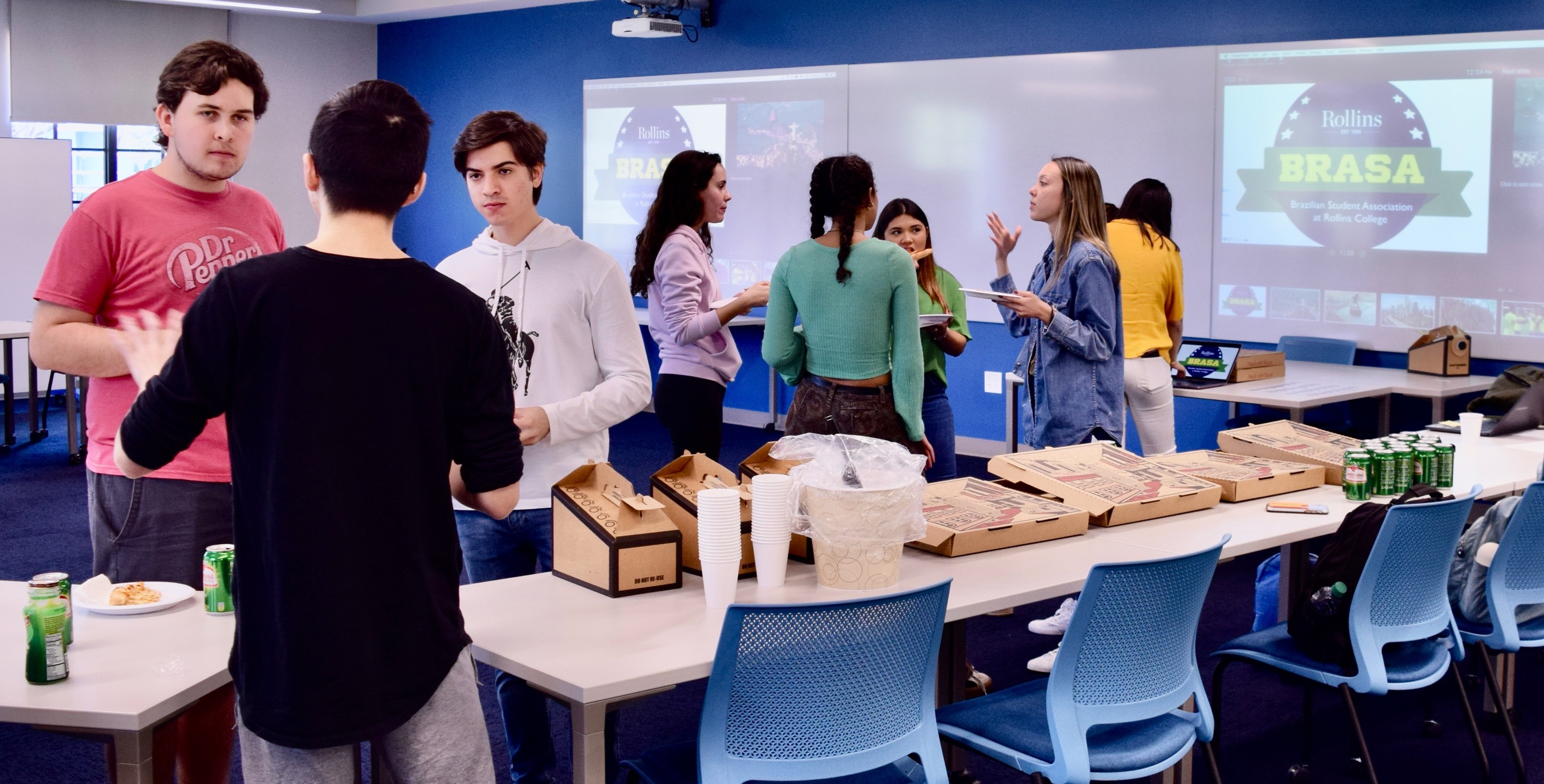 The Brazilian Student Association (BRASA) recently made its debut to the Rollins community. BRASA held its first general meeting on campus on March 3, inviting the entire Rollins community to join them in celebrating Brazillian culture.

BRASA is a national organization that connects the Brazillian populations of more than 90 colleges and universities around the world.

Their goals are to bring Brazillian culture to Rollins through food, music, and sports, as well as to promote the professional well-being of Brazillian students while combating negative stereotypes.

The leadership team was concerned that there was a negative stereotype present on campus about the work habits of Brazilian people and students.

“They really want to teach people who are not Brazillian about the culture,” said Helena Rigotto (‘21), an attendee at the general meeting.

The first meeting of BRASA had many Brazillian and non- Brazilian students in attendance.

“[BRASA] can connect more of the Brazillian community here on campus, and that sounds very attractive. That’s why I came here to meet more of my friends,” said Brazillian student Tiago Jeveaux (‘22).

“They’re very open and welcoming to everyone. Like, we’re not part of it technically, but they’re still like, ‘You should come and join us and have food and drinks,’” said a non-Brazilian attendee Soleille Velazquez (‘21).

Another student commented on the size of the Brazilian population on campus: “Obviously, they’re a big community, and I think it’s nice that they finally made their own association to come together,” said Adriana Rodriguez (‘21), a student who attended the meeting.

Advisor to the leadership team, Dr. Henrique Correa, Steinmetz chair of management and professor of operations management at Crummer, was approached by the five members to be the association’s advisor.

“They came and told me they wanted to create it and asked if I would be their advisor. I said of course,” said Correa.

Correa has ideas to help Brazilian undergraduates to form connections with Crummer, the graduate school.

“It sort of capitalizes the interaction with Crummer, and also I think I could be a liaison,” Correa said. “We have a number of Brazillian students doing their MBA, and I think it would be really nice for these students to get to know them.”

BRASA has not yet set up an official weekly meeting time, but it encourages anyone who wishes to be involved to keep a close eye on their email in the upcoming days.