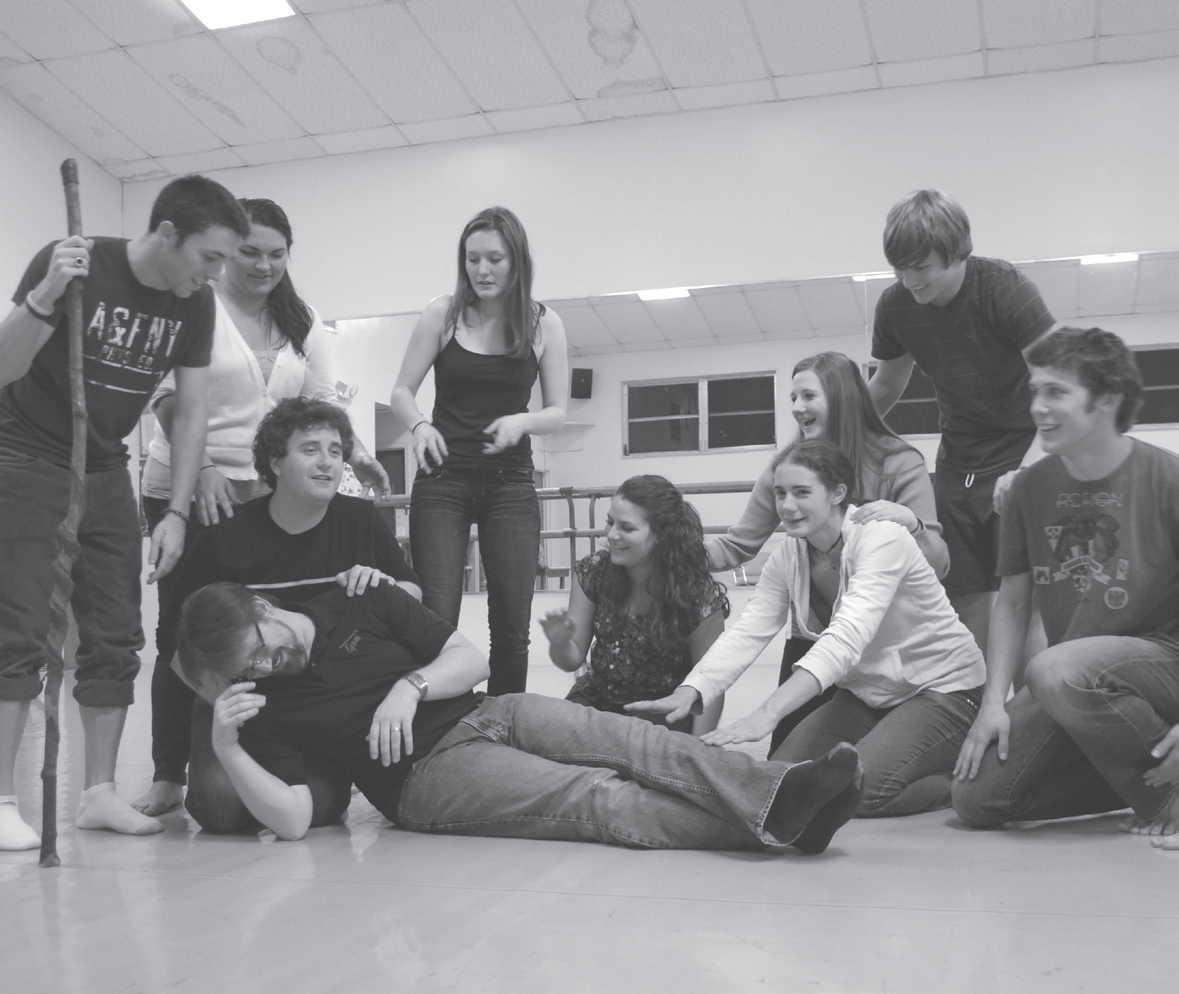 When most Rollins students hear the words “improv show,” they automatically think of the Rollins Improv Players (RIP). They imagine the Fred Stone Theatre, where the RIP shows are usually held. However, David Charles, known affectionately to students as Dr. D, is breaking the mold on that tradition this spring with his new show It’s All Greek To Me. Also called Greek, the show is a full length improvised Greek tragedy, but rather than using the Fred, Dr. D plans on showing it in the Annie Russell Theatre.

Dr. D created Greek after two years of extensive research, including a trip to Greece. He has always had an interest in Greek mythology, particularly the tragedies. “The tragedies are not as gray and somber as you would expect,” he said. After he had come up with a rough idea of which myths he wanted to focus on, he designed a classical theater course that all of the performers in the show are required to take. In the class, the actors are studying the tragedies Dr. D has chosen for the show so that they will be thoroughly familiar with the stories before they take to the stage.

Those involved, including Dr. D, have trouble trying to describe how Greek works. “I’ve created about 20 shows,” said Dr. D, “but this is definitely the most complicated. We’re playing around the plays, but we’re not recreating them.”

On the one hand, the performers have a set of guidelines, almost like a script, that they have to learn, but on the other hand, the show is totally improvised. So, for example, it could be decided that they are going to do the story of Medea, and each player will be given a role, but after their parts have been decided, the cast makes up the rest.

Brett Miller ’14, who plays a deity in the show, has never done any sort of improv. “To this day, I am still very confused… this is an opportunity to try something I’ve never done before,” he said. Despite his lack of experience in the art of improv, Miller is still enjoying himself and the challenges that this show has presented him. “Together we all make the play stand… even if we establish a character one night, it’ll be totally different the next show.”

Each player fills multiple roles. Miller as a deity is one of them, but there are various other categories. Ricci Prioletti ’14 acts in the environment category. In addition to that role, she plays Vanna Aspros, who spins the Wheel of Fortuna, just one example of how the audience will get involved with the show. Much like how some RIP shows begin with audience suggestions, Greek will also allow opportunities for audience members to customize each show. The Wheel of Fortuna will be spun each night and will introduce a new aspect for the actors to bring into their performance.

The performers are so enthused by the concept that the show’s extreme complexity does not affect them. “I feel like this is quite an honor to be working with an experienced cast,” Miller grinned during his rehearsal break. If you, too, are still a little confused, do not worry; it will all make sense when they bring the show to life April 15.