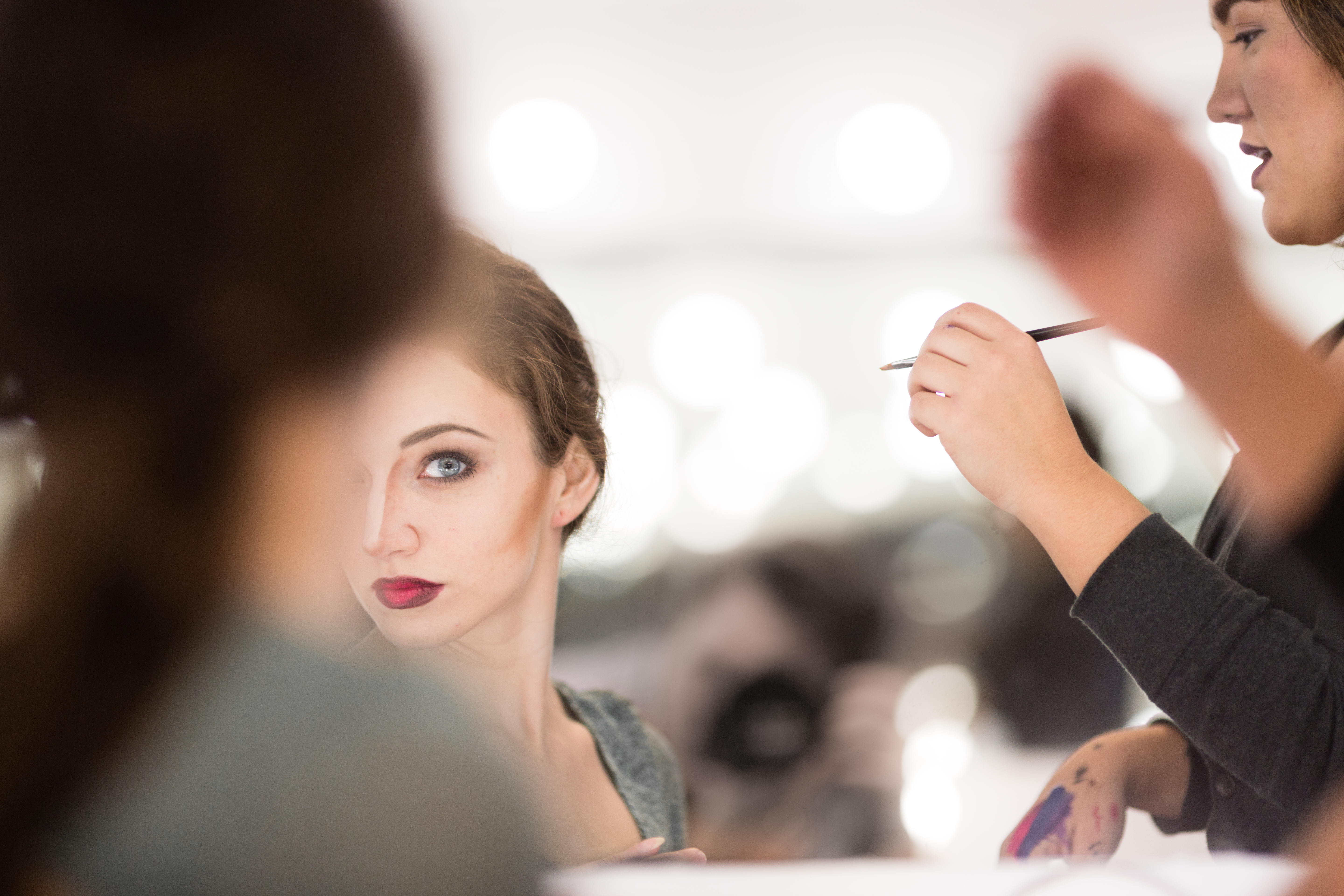 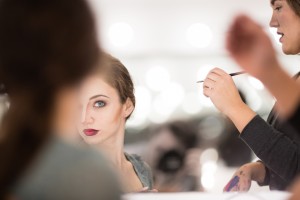 David Charles, chair of the Department of Theatre and Dance at Rollins College, likes to pursue projects that push him out of his comfort zone. “Machinal,” he says, “as an expressionistic piece, certainly fits that bill.”

Machinal, written by American playwright Sophie Treadwell, is based on the true story of an executed murderer, Ruth Snyder. The character Helen, based on Snyder, is a woman trapped within the mechanics of society. She dislikes her job, her husband, and later has an affair which begins her downward spiral.
“There aren’t many contemporary examples of American Expressionism, so this certainly required a leap of faith,” says Charles. “I also knew that I wanted to explore and incorporate dance and stylized movement into this piece, which certainly isn’t my forte.” It is the forte of Rollins student Amy Sullivan, the choreographer for Machinal. The stylized movements and lyrical dance in the closing act evoke another level of emotion on top of the pain and passion already present. Every movement—a step, a glance, a gasp, a kiss—is subtly highlighted in such a way that captivates the audience.
In addition to choreography, the set design, composed by Rollins student Rebecca Kleinman, strengthens the overall effect of the workings of a machine. The set is full of harsh lines and skewed angles, like the inside of a clock.
Annie Trombo, head of the production’s costume design also helps in creating the perfect scene. For the third-year student, this is only her second show at Rollins. Her greatest challenge? Time. “There are so many creative options with this job that sometimes you’ll get a great idea, but you don’t have time to produce that costume and get the other costumes done as well.” As Trombo says, “balance is key.” Like Charles, this show was also out of Trombo’s comfort zone, but she accepted the challenge and strove to convey messages to the audience through her costume designs. “The concept for my designs was the image of a delicate bird making home in a large unnatural clock,” Trombo says. “I want the audience to see how uncomfortable Helen feels in her environment and at times in her own skin.” Each costume is designed with clues to tell the audience a little about each character. For a relatively large cast, 19 dedicated actors, the differences in designs had to be apparent enough to notice, but still subtle accents to the characters. “The costume is the portrayal of the character before that character speaks,” Trombo says. “For example, Helen is in work clothes similar to the rest of the cast with the exception of a small rose on her sweater. That contrast says something about her isolation.” And the beauty in insolation. A recurring theme in Machinal is the idea of peace, wanting space, and longing to be alone.
In addition to costumes, student Alexandra Feliciano, head of the production’s make-up and hair design, utilizes unusual designs to create perspective and a color pallet to induce more emotion on the stage.
Though the stage is not lacking in emotion. Rachel Comeau, a Theatre Arts major with an emphasis in performance, brings the emotion to the stage through her highly evocative portrayal of Helen. “I feel Machinal says a lot of things,” Comeau says. “After looking through Helen’s eyes these past weeks, I believe the primary message is the importance of finding freedom within the chaos.”
In some scenes, it is hard to believe that Helen will find any peace or freedom. “Helen reflects the worst possible outcome of not finding this freedom. Without freedom, her only choice is to be swallowed by the machine of life,” Comeau says. It is easy to believe Comeau’s interpretation of Helen; even in scenes where other characters emotionally engulf and overwhelm her, and it is clear her thoughts are panicked and stricken, she holds steadfast to her innermost longing for happiness.
“The most difficult part of playing Helen is finding elements of hope and light,” Comeau says. “Textually, there seems to be little room for happiness, but I don’t want the audience to lose Helen too soon.”
Through research, Comeau learned about the era the play was written in, the trial of the character Helen was based on, Ruth Snyder, and the life of the playwright Sophie Treadwell. She then slowly developed Helen’s character, making sure that her actions and choices reflected Helen’s objective.
“Throughout this process it has been a challenge trying to find her joy,” Comeau says. “Even if it’s just one breath in between subway stops, those tiny moments of peace are the only thing that keeps her moving.” The objective can become emotionally difficult when you want to save the character. “I fight every run to save her,” Comeau says, “but in the end she always ends up saving me. I can only hope she will save the audience as well.”
The audience will not be disappointed. Together with the rest of the outstanding cast, Comeau will embody one young woman’s story. The audience will leave the theater pondering the eternal questions that society asks about passion, desire, and hope. Charles hopes that those themes, among others, will grant the audience a provocative night at the theater. “The young woman’s journey in this play is complex, full of light and laughter as well as great pain and tragedy,” Charles says. “The expressionistic style of the production truly invites the audience to see the world from Helen’s perspective. I’m hopeful that the audience will find empathy with this woman who ultimately must take extreme action in order to find any chance of peace.”
And in the kind words of Comeau, “I try to play Helen as honestly as I can. I try to let her live.”
Fortunately for the audience, Helen will live through several productions of Machinal, now playing at the Annie Russell Theater.
Show Times: Feb. 18-20 at 8pm & Feb. 21 at 2pm & 8pm